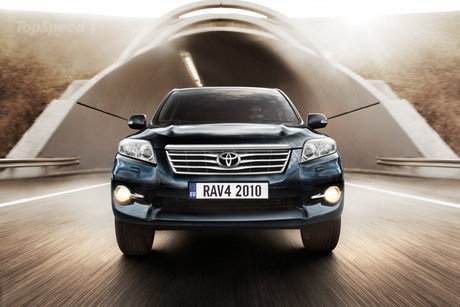 Toyota is on a roll in India. Each one of their products in popular segments is doing extremely well. Heck, even an expensive product like the Fortuner is selling like hotcakes and has a long waiting period. The Etios has made history for the company, leading to waiting periods of 3 to six months for the prospective customers. The Liva has just been launched, and within a few days of its introduction, has garnered more than 1000 bookings. The company’s production plant near Bangalore is already running at full capacity, but the Japanese carmaker refuses to be satisfied.

Toyota is now planning to enter the bare basic entry level A segment to give a further boost to its volumes, and pose a challenge to the Alto, which reigns supreme as the highest volume car in India. The goal, according to the company will be fructified with a sub-Liva car, which will retail for Rs 2.5-3.5 lakh.

Apart from the Liva, Toyota also plans to launch a slightly more expensive sedan than the Etios. This essentially would be a car which would sit pretty between the Etios Liva and the Corolla sedan. Then there would be a compact SUV for the Indian market. The categories mentioned above, indeed comprise the highest volumes and growth segment in the Indian market, and should be able to boost the already burgeoning sales volumes of Toyota further substantially.

Hiroji Onishi, President, Toyota Motor Asia Pacific, said “The line-up of cars that we have in India is not sufficient to cater to the growing demands of this market. The company sees a larger potential for cars like one smaller and cheaper than the Liva, a car bigger and more expensive than it and a compact SUV”.

It’s a bloodbath out there in the market, and yet there are voids to be plugged. There are segments which are yet to be created, and most importantly, there are needs of a large number of people which still need to be quenched. We just hope that with new products, automakers try and plug the gaps rather than jumping on to the bandwagon blindly and fighting for a share. We’ll let you know more about the voids in the mainstream Indian auto market in another article, very soon, stay tuned.