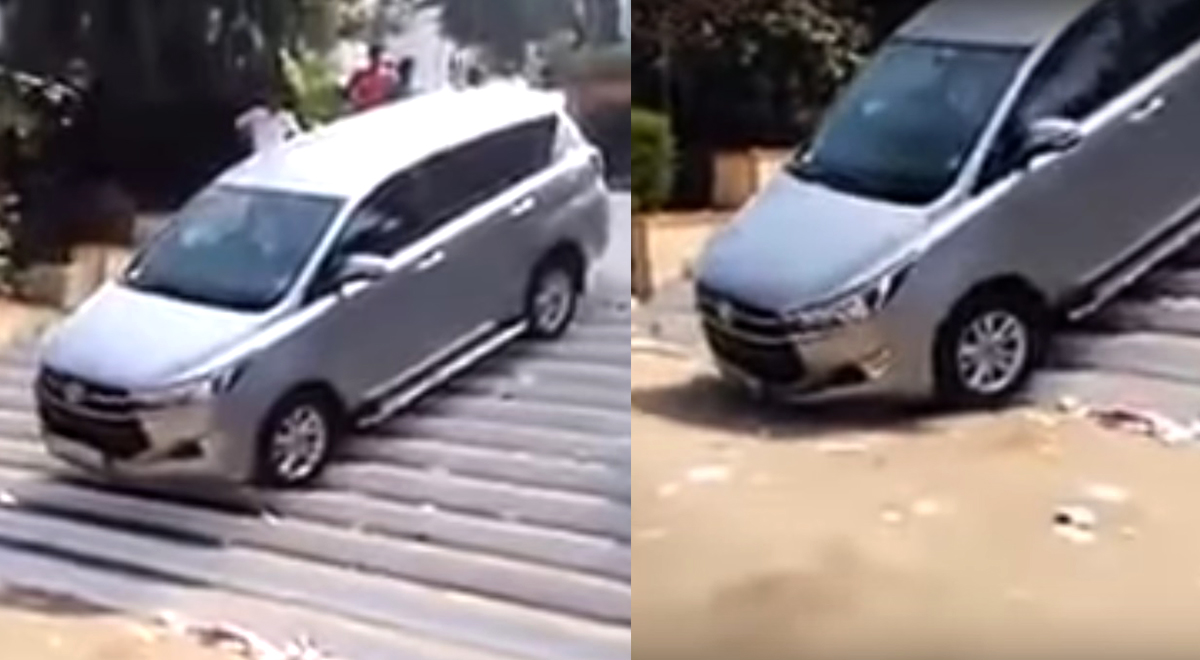 The Toyota Innova Crysta wasn’t designed to fly. It was also not designed to drive down a flight of stairs. And somebody found that out the hard way.

A new video from Kerala shows a new Innova Crysta driving down a flight of stairs and failing. The elderly driver gingerly manages to drive down the stairs, but as soon as he gets to the bottom, the MPV gets stuck.

You don’t need to be Einstein to figure out why that happened. It’s because the Innova Crysta’s approach angle simply wasn’t enough. Judging by the ugly, scrunching sound in the video, taking the shortcut cost the driver a new sump guard.

The new Fortuner on the other hand, a true-blue SUV with a higher clearance and a better approach angle, would have made it to the bottom without a scrape.

The driver could have avoided hitting rock bottom by driving down the flight of stairs diagonally, just like how a low-slung car should be driven over a speed breaker to prevent its belly from scrapping.