About a fortnight ago, spy images revealed a range-topping variant of the Toyota Innova Crysta, known as the ‘Venturer’. Now, fresh spy shots reveal two such units of the Innova Crysta Venturer, along with one leaked image of its brochure.

As we have seen before, the Innova Crysta Venturer, over the ‘regular’ top-end variant, receives contrast black body cladding, subtle chrome inserts seen on various parts such as the fog lamps, air dam, front splitter, side sills and ORVM cap. A few other highlights include a thick chrome strip running the length of the tail-gate, chrome tipped exhaust, chrome garnish for the reflector housing. The model also features redesigned alloy wheels with a gun-metal finish. 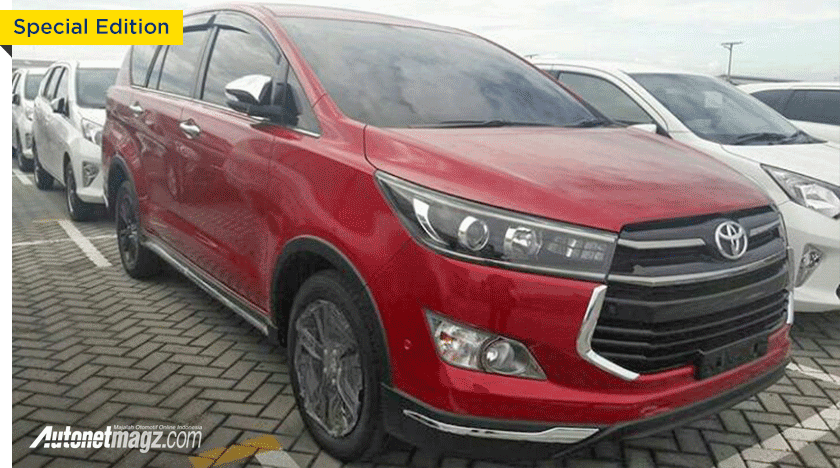