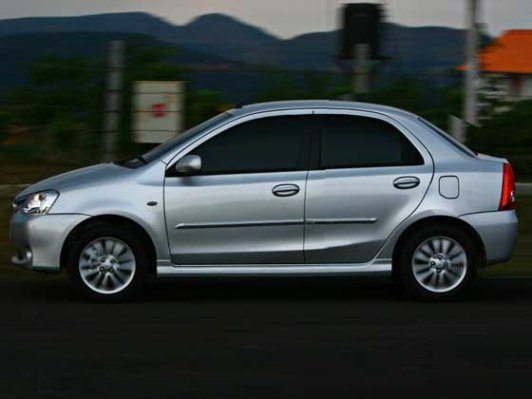 The Compact Sedan segment is fast heating up in the Indian car market. Thanks to relaxation in excise duty for cars measuring less than 4 meter in length, manufacturers are fast coming up with a ‘compact sedan’ version of their regular cars.

The Compact Sedan segment was started by the Tata Indigo CS. However, the most popular Compact Sedan has to be the Maruti Suzuki Dzire which is in its second generation and continues to be the best seller. Such has been the effect of the above two cars that Indian UV maker giant M&M too is preparing the Verito CS to take a plunge into the new segment.

To make the segment even hotter, Honda will be soon launching the Brio Amaze sedan that might beat the Dzire at its own game.

All this action has lead us all to a speculation that Toyota might be planning a Toyota Etios CS for the rapidly growing segment. It may be noted that the Etios sedan and Liva hatchback are fast losing out to more established rivals and Toyota is already planning a facelift for the Etios twins to inject some freshness in to the ‘not so popular’ cars.

Toyota has not yet spoken about coming up with an Etios CS but there surely is a possibility that an Etios CS may debut with the facelift.

Will you buy an Etios CS over the Dzire ? Do let us know.