Home News Tomizawa Death to be Investigated; Guilty Marshalls to be Charged with Manslaughter 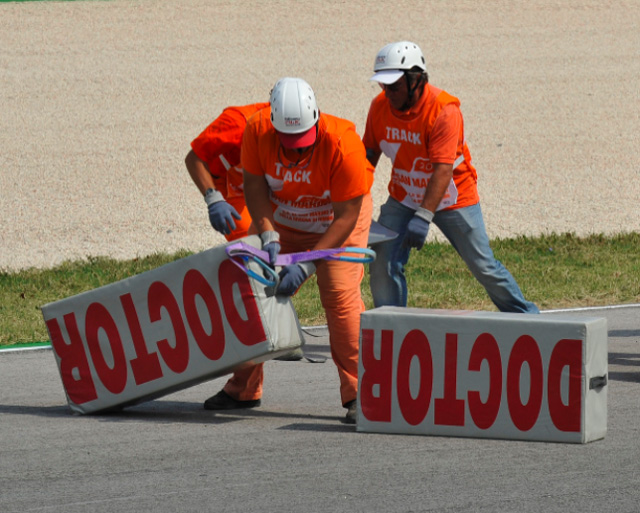 According to Italian media, Rimini prosecutor Paolo Giovagnoli has launched an investigation into the death of Shoya Tomizawa, following a terrible crash on lap 12 of the Moto2 race held this weekend at Misano. Questions and concerns about the way trackside marshalls dealt with the incident have provoked a thorough investigation in to the matter of few unnamed people, to justify the actions of track marshals. The investigation will also look into the exact cause of the death, as Tomizawa was accidentally dropped by one of the stretcher bearing marshalls, while he was taken away from the track post crash. Italian law holds the right to slap charges of manslaughter at anyone found to be responsible for a person’s death.