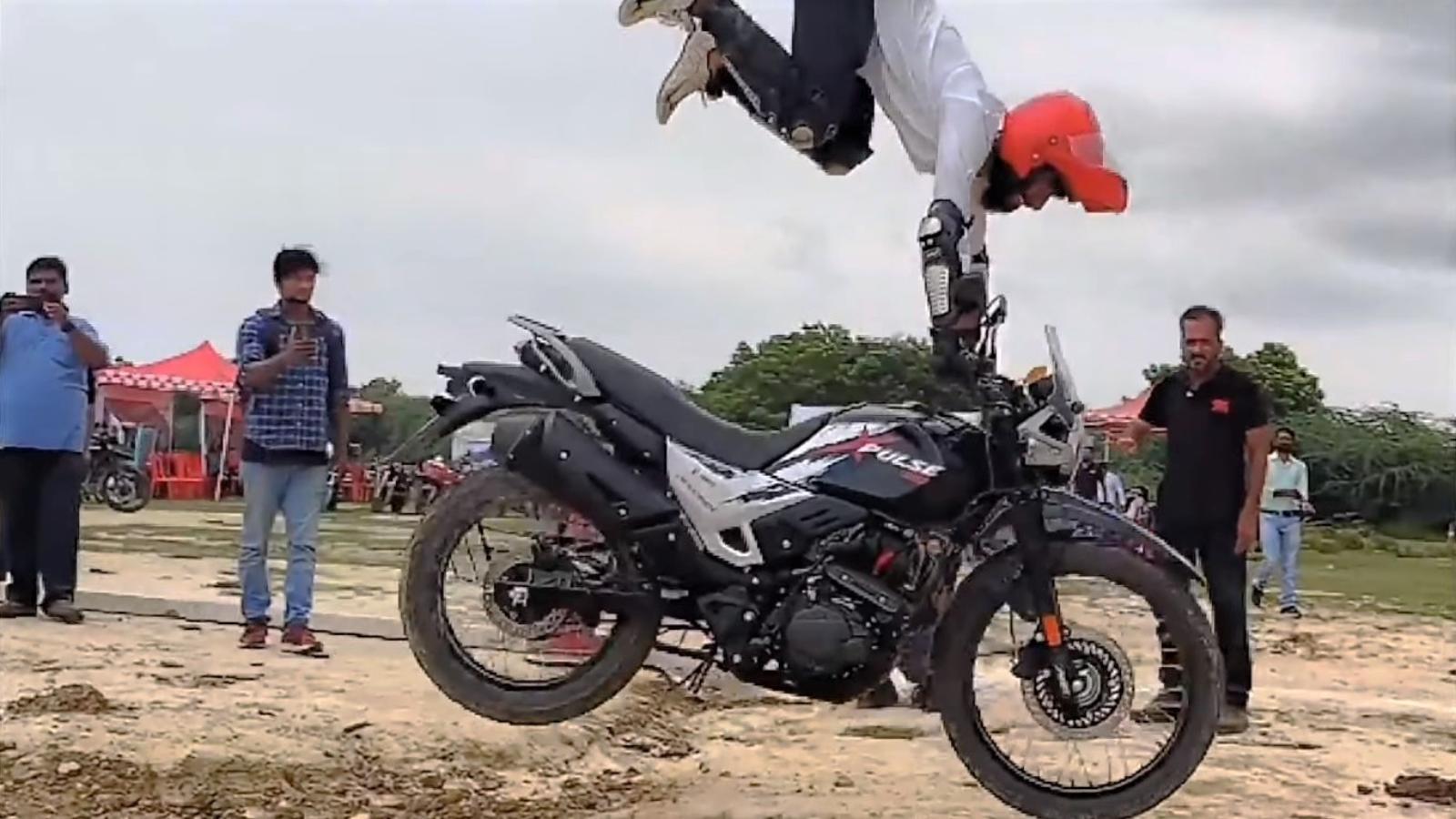 As long as things are bound by the laws of gravity, what goes up, will come down. But before we can cheat that force, even momentarily, it is important to ask ourselves if we really know how to take off, flap our wings and then also land safely. Being airborne on a motorcycle is thrilling, but it takes some understanding of physics, basic techniques and a lot of practice, in order to get it right. Unfortunately, it took a bad crash for this super excited Xpulse 200 rider to figure all that out.

Wearing just a shirt, a modular helmet with the flap open, and some plastic armour, the man comes in too hot before hitting a mound, where he expected to rotate his two-wheeled aircraft and take some air. The presence of a lot of photographers must’ve lit some bulb in his head, but he was just too fast for the skills he had acquired. As a result, the bike hits the undulation and then everything goes south. As the rider wasn’t gripping the tank with his knees or pushing down on the pegs, he gets a lesson in physics as his limbs fly towards the sky and the bike lands on its front wheel, while his beard was kissing the Xpulse’s flyscreen. The crowd around even thinks that perhaps this is how it’s done and even begins to put their hands together. As they turn their heads around, the rider somehow manages to get himself back on the saddle, but by that time, he was so fast, the bike was riding him rather than it being the other way around. On the other side of the bigger mound, the airshow had come to a hurtful end and the crowd’s applause had turned into worry. 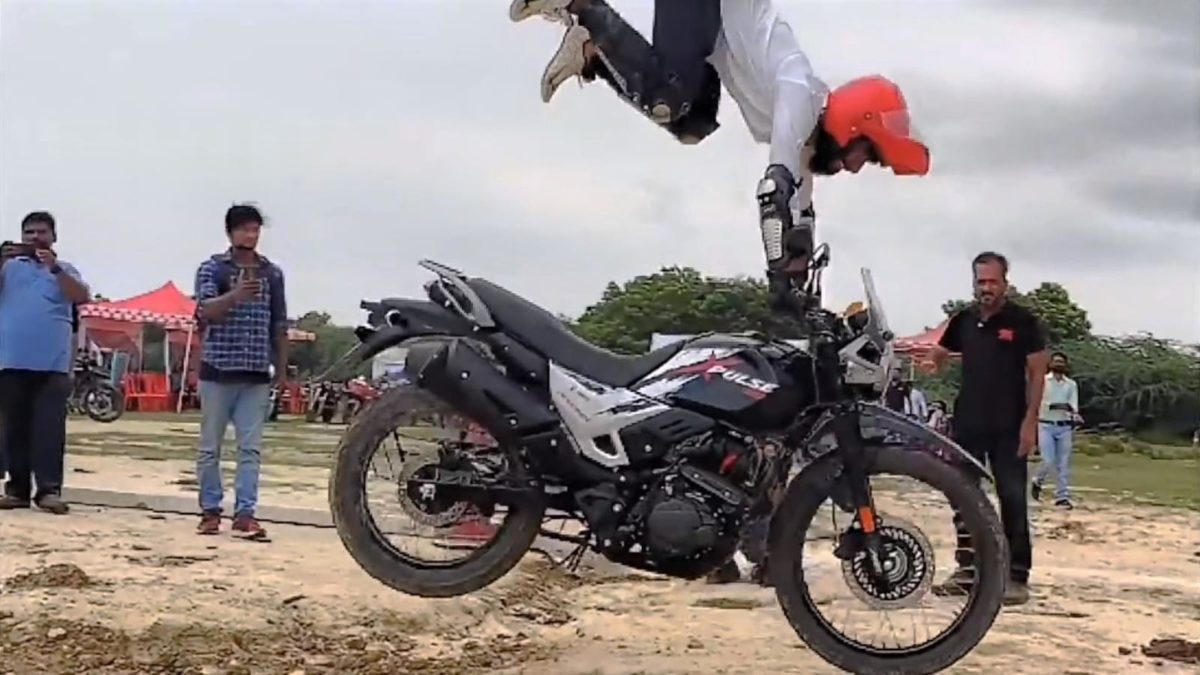 While we’d suggest you learn from professionals, wear all safety gear and find a safe place to practice if you wish for your motorcycle to take air, here are some basics. Never be so confident in your will that it makes you forget about your level of skills or the lack of them. When a bike takes air, it is natural for your feet to come off the pegs and your body to go up in the air post the point of impact. One has to practice staying on the bike by using the knees / inner thighs to grab the tank and pushing down on the pegs with them feet. Once airborne, do not even think about touching the brakes unless you wish to crash land for sure. Shifting weight is of paramount importance as it is the rear wheel you need to land on unless you want to either break the forks or your nose. Those aeroplanes don’t land on their nose wheel for a reason.