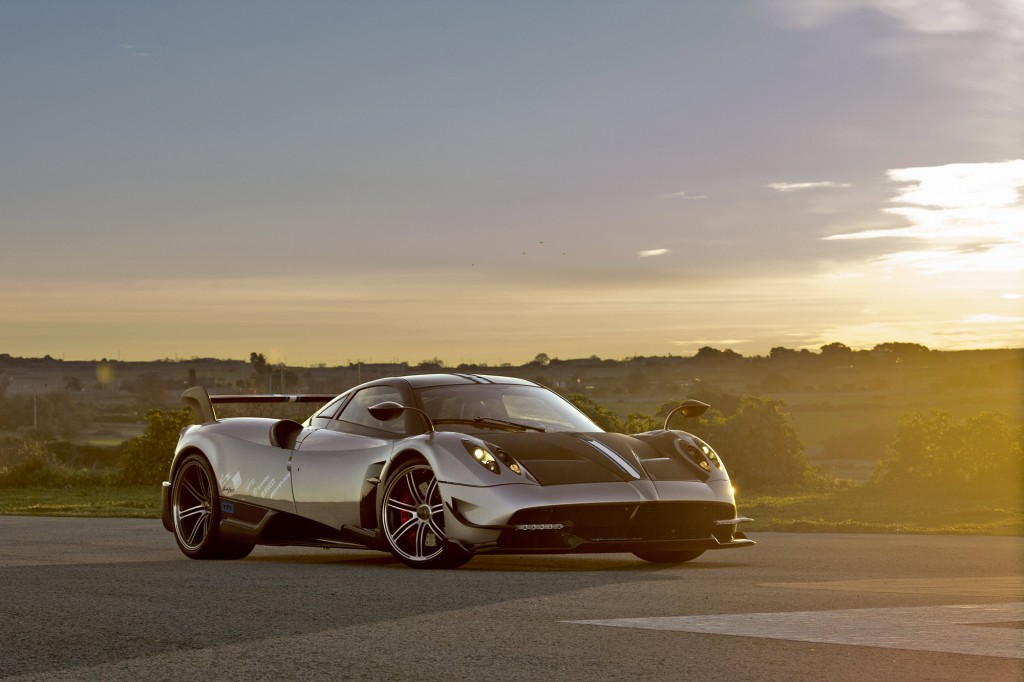 In February this year, Pagani Automobili unveiled their V12 engine powered sinister sportscar. Claimed to be the most extreme version of the Huayra clan, the Huayra BC was built to pay tribute to Late Benny Caiola who happened to be a source of inspiration for Pagani founder Horacio Pagani. He was also the first customer to buy a Pagani automobile.

The Pagani Huayra BC has been a result of extreme tests and research carried out by the maker to make a power packed road going car that can take on the racetrack as well. The folks at Pagani have put up a video on their video channel showing the Huayra BC during its test. Using the quote – “Learning never exhausts the mind”  by Leonardo da Vinci as the inspiration, the video shows the camouflaged Pagani Huayra BC taking on the desert of snow unabated. The test is conducted in a snow-clad region in Sweden where a division of Bosch is located. It is carried out by SIS Sweden which works as a local service partner of Bosch and conducts tests in cold climate during winter in Arjeplog, Sweden.

Once unleashed from its garage the Pagani goes all out on the snow and flaunts its skills and dexterity. Until it reaches the ABS/ASR track the Huayra BC executes flawless rounds through the snow. Once it reaches a tarmac strip to test its braking capabilities, the driver fails to keep the car in the right direction and spins uncontrollably. After taking a moment in re-calculating its move and feeding the car system with the right ploy, the Huayra BC does what it is expected to do.

Huayra and Huayra BC use driving safety and braking control systems made by Bosch. The organisation has been Pagani Automobili’s partner for years. With the ABS and ESP hardware supplied from Bosch’s mass-production automotive portfolio, their Engineering GmbH subsidiary that supplies technology and services is responsible for the custom adaptation of the software.