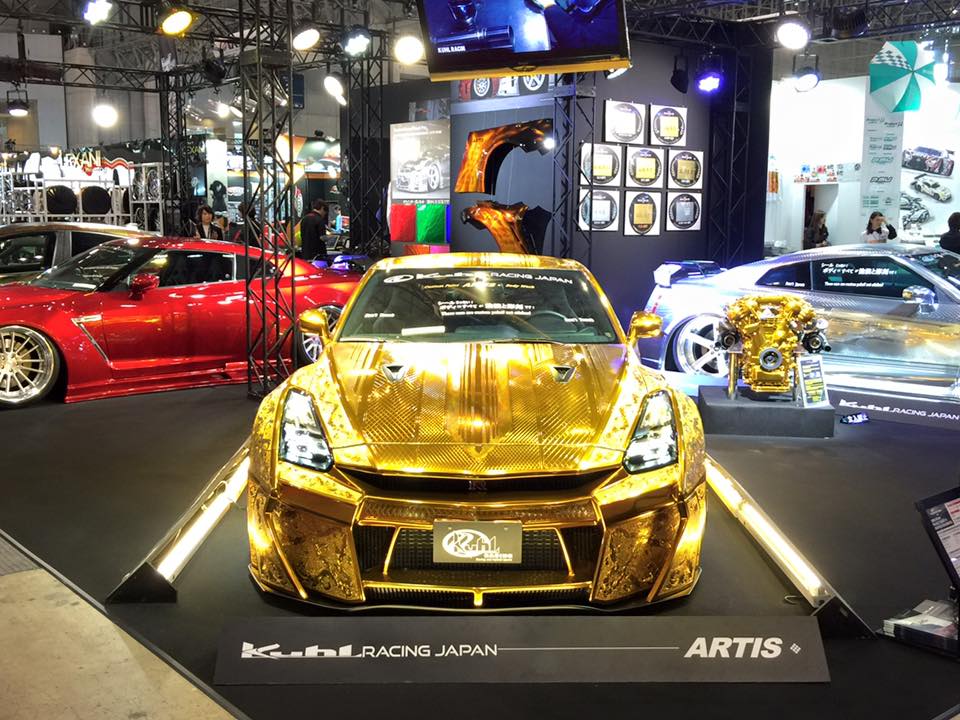 While petrol heads here in India are eagerly awaiting the launch of the Nissan GT-R in the stock form, the folks at Automechanika Dubai 2016 are witnessing in its most ostentatious avatar ever. Although we have seen a few GT-R’s being heavily modified in India as well as abroad, this one dazzles everything to shame when it comes to sheer, unabashed excess.  What’s so special you ask? Its laden in gold, and finely engraved to put the artefacts in a Maharajah’s living room to shame.

The car in question is the handiwork of Kuhl racing from Japan, who created the bodywork, while Artisizawa, also from Japan carried out the engraving and detailing work. 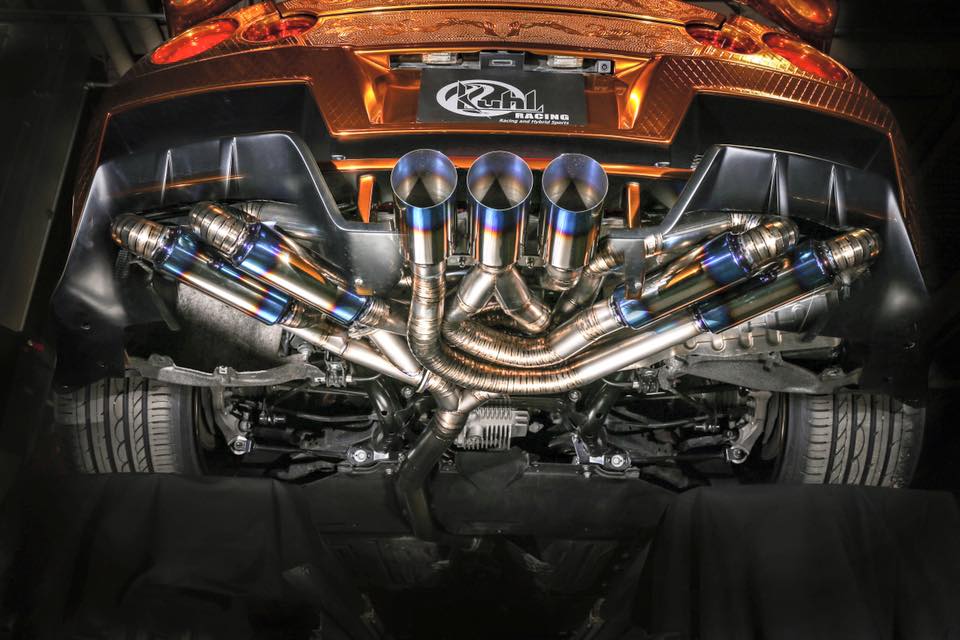 It is believed that the custom body kit for this GT-R has been made of fiberglass on which the artists have poured in days and days of hard work into the wide body-kit of this opulent monster. Giving the GT-R an overly regal look with all that bling are the gold drenched side skirts, wheel flares, front and rear bumpers and a custom wing to name a few. At the posterior is a triple exhaust setup that is bound to let your jaw drop!

The custom paintjob on this GT-R is known as Engraved Goldmetal Paint Godzilla. Let us know if you find a more apt name than this. Meanwhile, if you felt the engine was left stock, you’re wrong. The people at Kuhl’s not only gave the engine and the engine bay a gold paintjob but went on to add some more punch to the already potent vehicle. The 3.8 litre V6 engine was fitted with two new turbochargers, bringing the total power output of the engine to a beastly 820 hp. 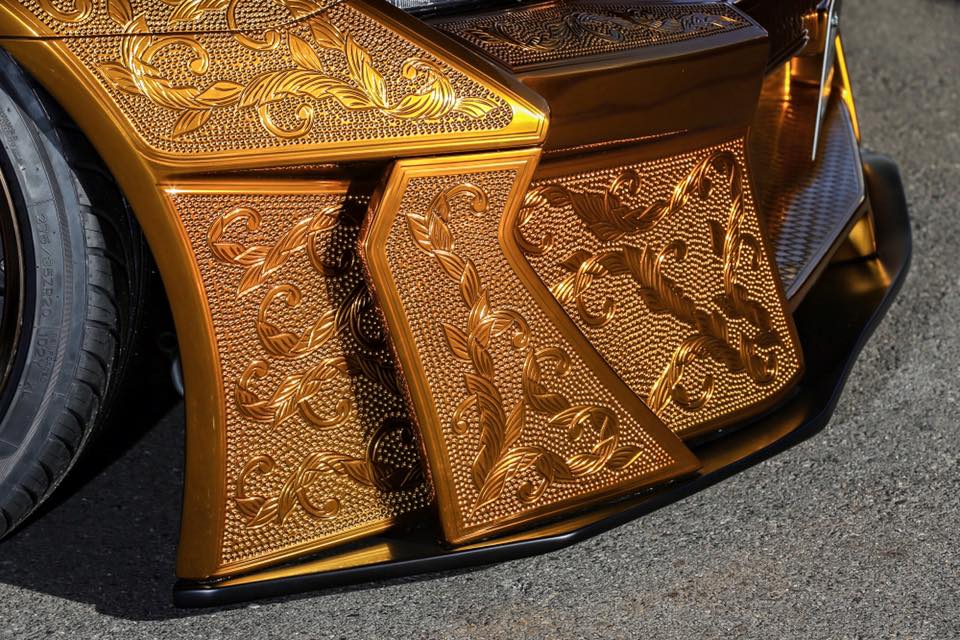 Displayed first at the 2016 edition of the Tokyo Auto Salon, this model of the GT-R was up for sale for an undisclosed amount. However, in Dubai among all the Sheikhs who would only be glad to empty their wallets on a bling thing like this, the car has been priced at 1.1 Million USD. We don’t think it’s going to stay available for public display for long in the company of those white robed billionaires.