In its stock form itself, the Royal Enfield Himalayan is quite a good offering for what it is. The motorcycle uses a solid, single cylinder motor, which rests in a not so complex split cradle frame. This motorcycle is capable of handling almost all types of road surface and carry on with no issues. That said, there always are people who want more out of their machines, which is done by a number of modifications, suiting the requirements and tastes of the owner. Here is one such example of the Himalayan, which has been given a turbocharger for additional power and a number of other changes, which make it look ready to tackle the apocalypse, read ahead to know more. 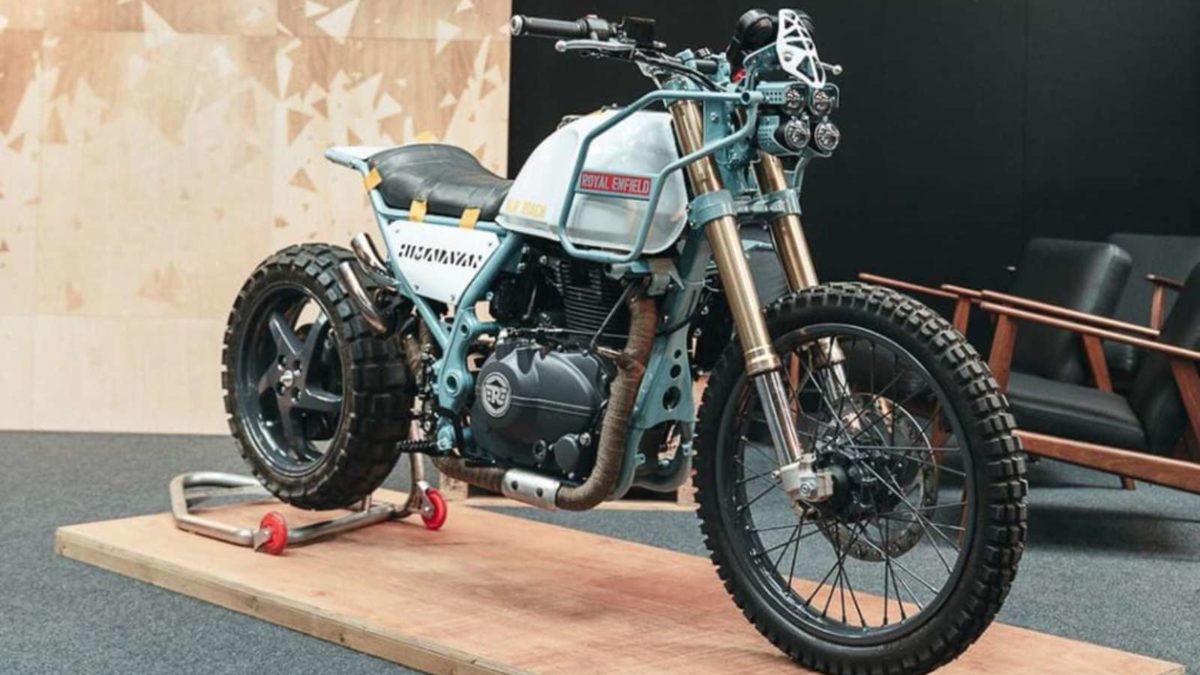 Called the MJR. Roach, this Himalayan has changed from head to toe. Up front, you would notice the rather large wheel which uses spokes and is wrapped in knobby pattern tyres. In the same area, you would also notice the new upside down forks, which are painted in a nice shade of gold. The headlight assembly is new as well, comprising of 4 individual unit and a metallic element rests above it, replacing the tall windscreen the bike comes with. Moving further ahead, we see a finely crafted seat, which appears to be made of leather. The pillion seat has been taken off in this example and the rear fender is cut short and looks very attractive. The conventional swingarm is replaced with a single-sided unit and appears to extend further back than it would in a regular Himalayan. Another design element seen here is the use of a five-spoke alloy wheel at the rear which looks rather unique. 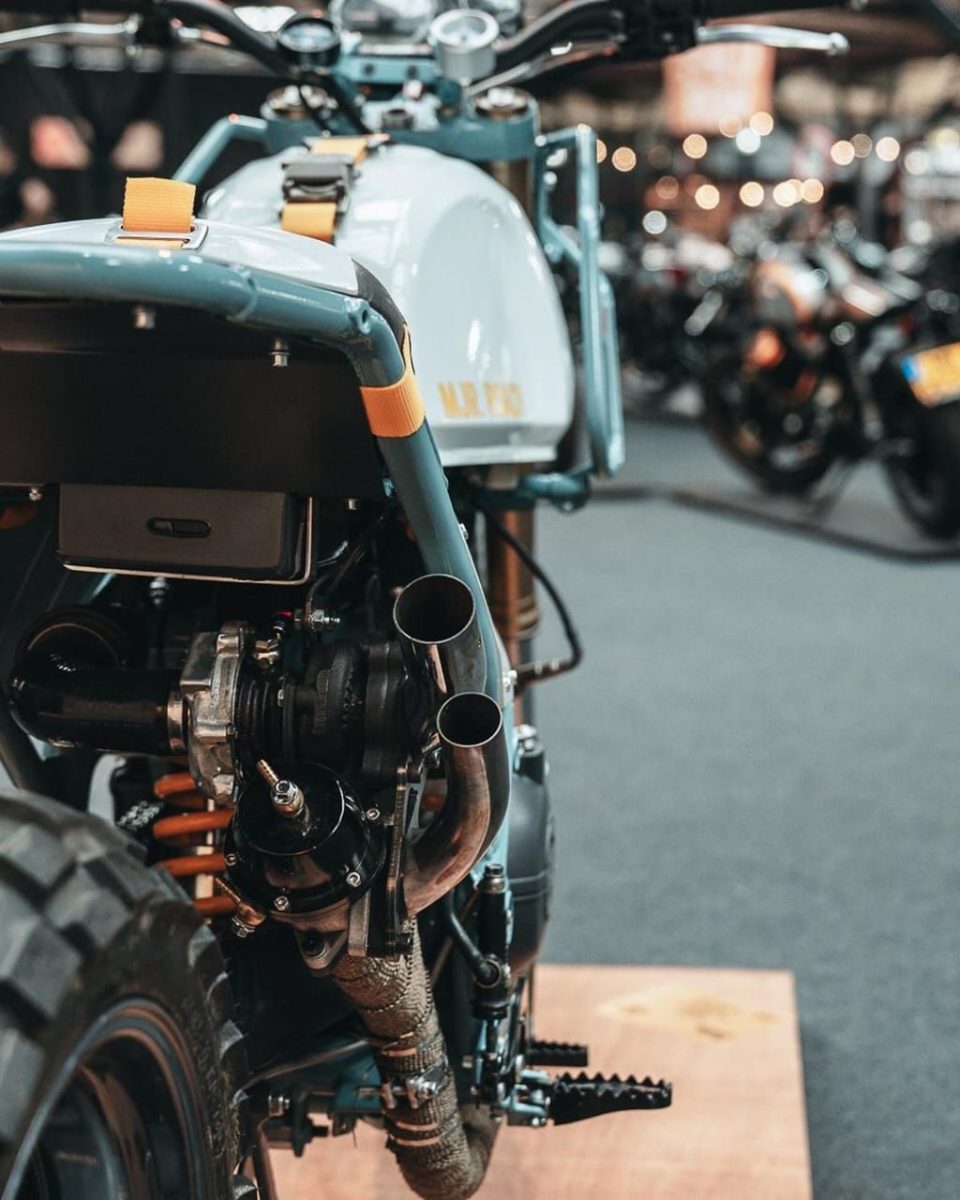 Also Read: This Modified Royal Enfield Packs A Lot Of Style In Its Metal

The engine, as mentioned above, is turbocharged in this application. One can see the custom made exhaust has been designed to work in conjunction with the additional breathing apparatus. While we do not know the exact figures the MJR. Roach makes, be assured that it would be much more than the 24.5 horses, the engine makes in its stock avatar. With such a rugged look and the additional power to go with it, this motorcycle can indeed tackle any challenge thrown at it.