The world of customisation is extensive. There are a number of options one can opt for. One particular style, called the Chopper, has been quite popular. This style of customisation first emerged in the state of California in the USA in the late 50s. Extended front ends, stretched frame and a larger front wheel are some of the characteristics of a conventional chopper. While many choppers emerge from a regular motorcycle, many people also do start from scratch to complete a build. Here is one video which showcases one such chopper based on the Royal Enfield motorcycle. This bike has a number of changes done, costing around INR 7 Lakh, the end product of this transformation simply screams for your attention. 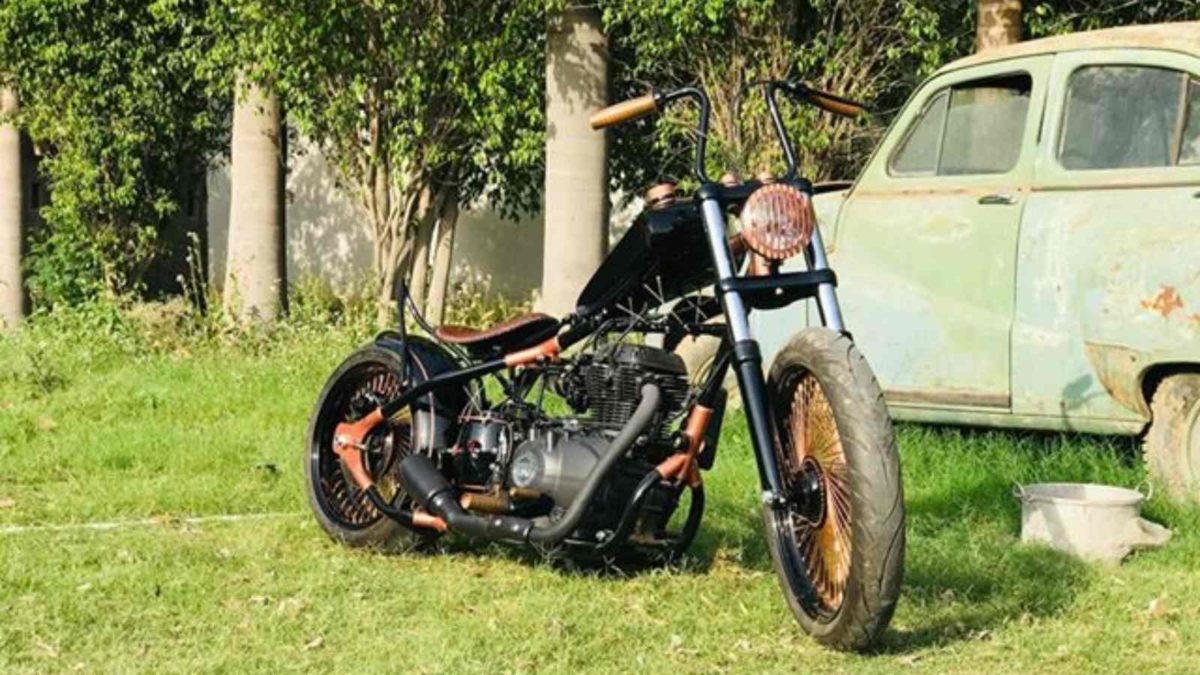 In this video uploaded on YouTube channel VampVideo we see this modified motorcycle. One look at the side profile will confirm the fact that the frame of this motorcycle has been modified, made longer than before. There are some Rose Gold highlights around the frame, matching the shade of the lovely spokes on the wheel. The front end is done in a minimalistic manner, with a round headlight mounted in a conventional manner, with a cover on it. The handlebar is new too, which is rather long and lets the rider’s arms stay in a relaxed position. 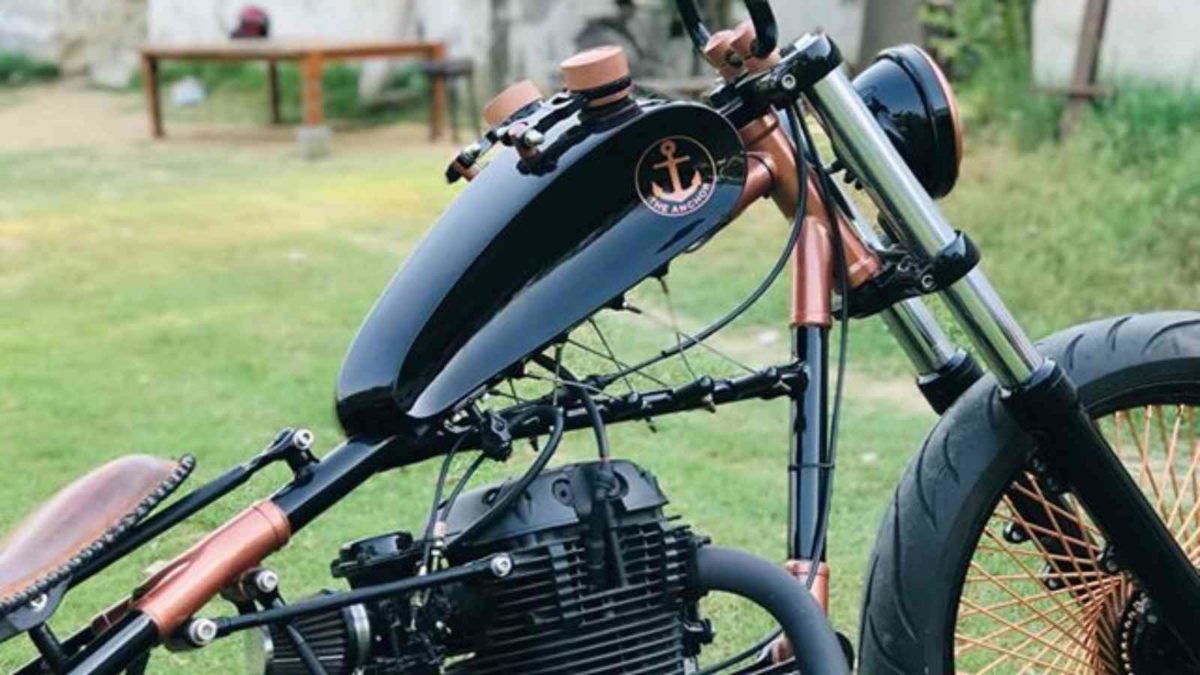 Moving further ahead, one can spot the teardrop-shaped tank, with recesses on the side to accommodate the riders’ legs. The saddle is crafted from genuine leather and goes rather well with the whole bike. Beneath the seat, one can notice a lovely barrel, which holds all the electrical systems of the bike. The keyhole also is placed on this barrel, with a kill switch and start button. Going with the theme, the battery cover too, is made from leather and is a touch we rarely see on custom bikes. 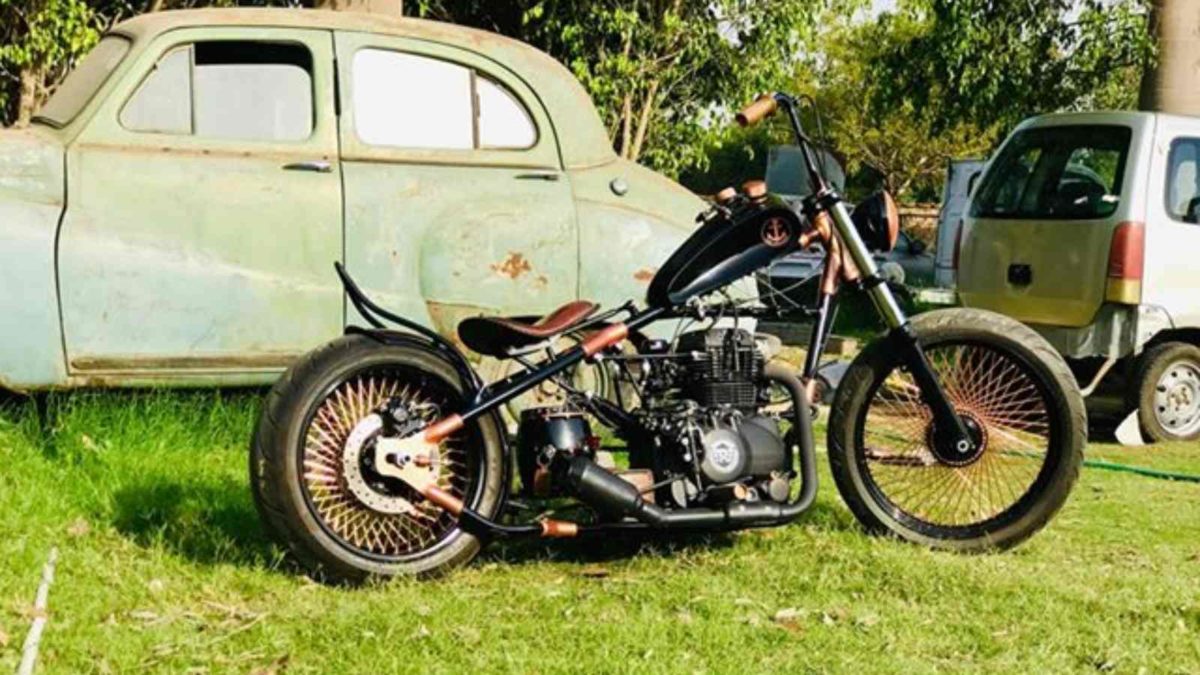 Coming to the engine, going by looks alone, it seems to be the 350 cc power plant from Royal Enfield which generates 19.8 bhp at 5,250 rpm and 28 Nm of torque at 4,000 rpm. However, this engine would generate a bit more due to the aftermarket custom exhaust it has been fitted with. Linked below is the video we have been talking about, do have a look.