The world of Royal Enfield enthusiasts, who love to personalize their machines, to suit their own personal taste. More than often, bikers would try to make their bikes an extension of their own personality. This makes every modification job unique in its own way. Here is one such Royal Enfield that follows the design language of a bobber, done in a rather tasteful manner and called the Barrett, have a look. 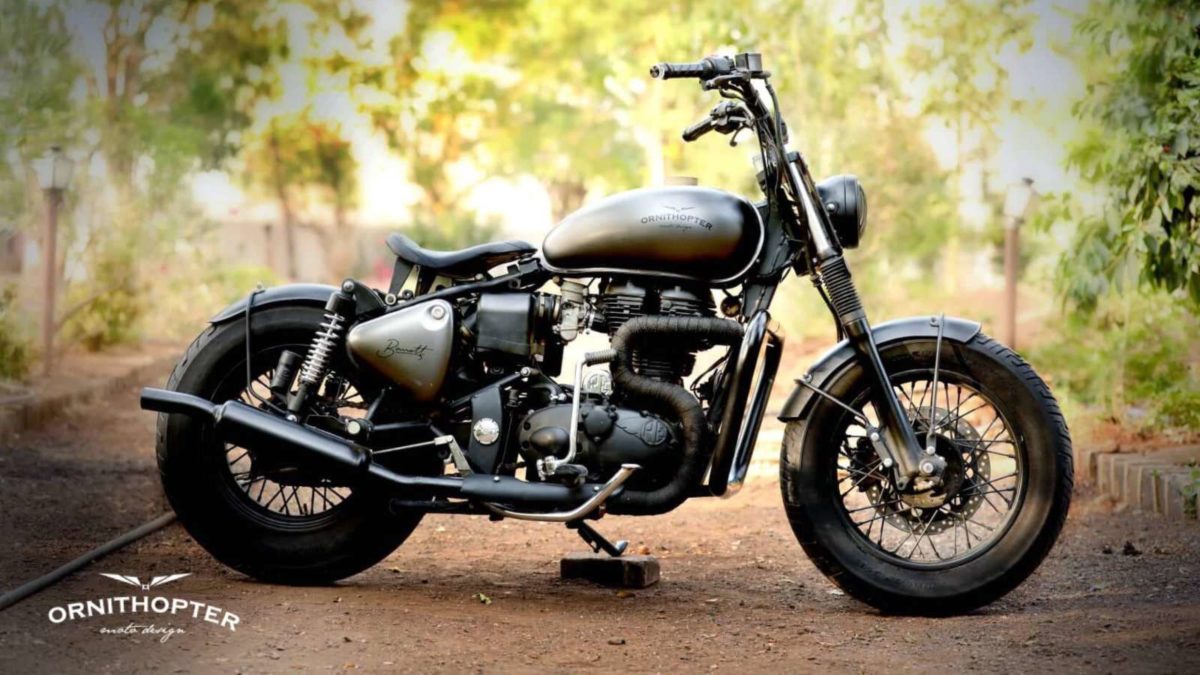 Based on the Classic 350, the Barrett has been designed by the folks at Ornithopter Moto Design. The team has left the chassis untouched, allowing the machine to be road legal. The suspension in the front is the same as the stock bike but gets a custom build T plate and a riser. This endows the bike with a distinctive front look, which is further enhanced by the slightly offset headlight. The handlebar too is an aftermarket unit, wider than the stock handlebar, which would give the rider a better sitting position. Moving further ahead, we see the tank has a brass gas cap with the special force logo engraved on it. 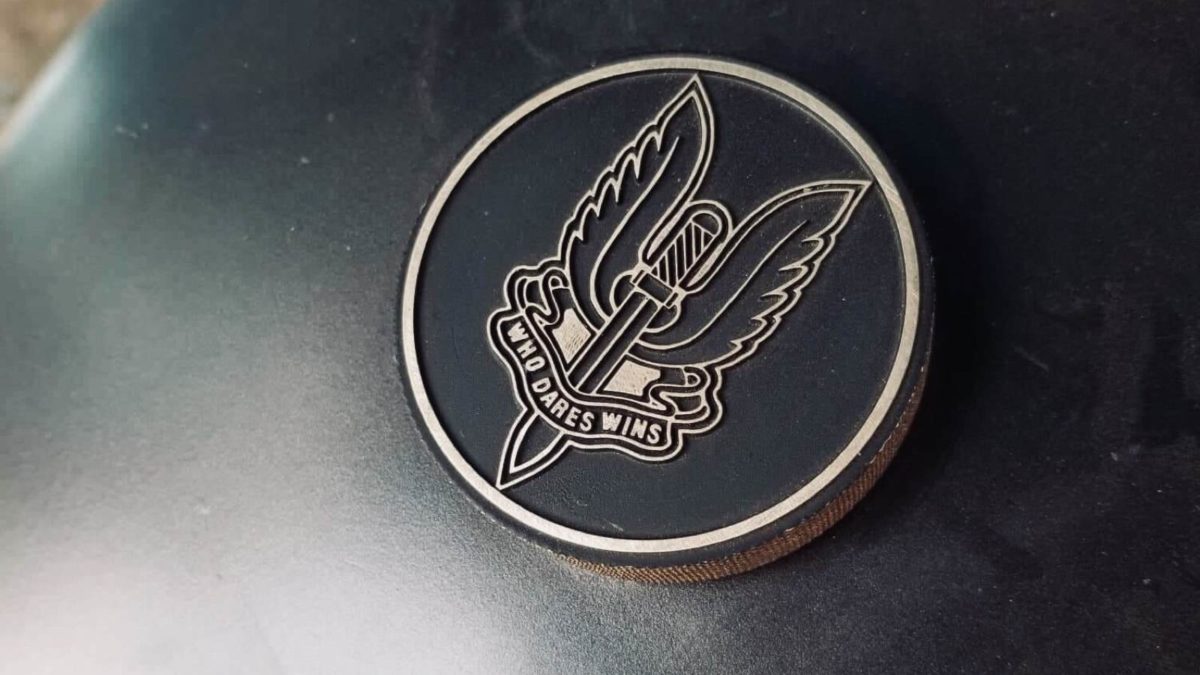 Following the conventional bobber design, the Barrett comes with chopped fenders, with just a single seat. The seat itself has been crafter rather well and completes the raw appearance of the motorcycle. The tyres too, get a fatter profile 150/80 R16 in the front and 150/90 R15 at the rear, wrapped in spoked wheels. A matt grey paint job completes the whole package, with a blacked out exhaust pipe, bent a bit upward to clear obstacles. 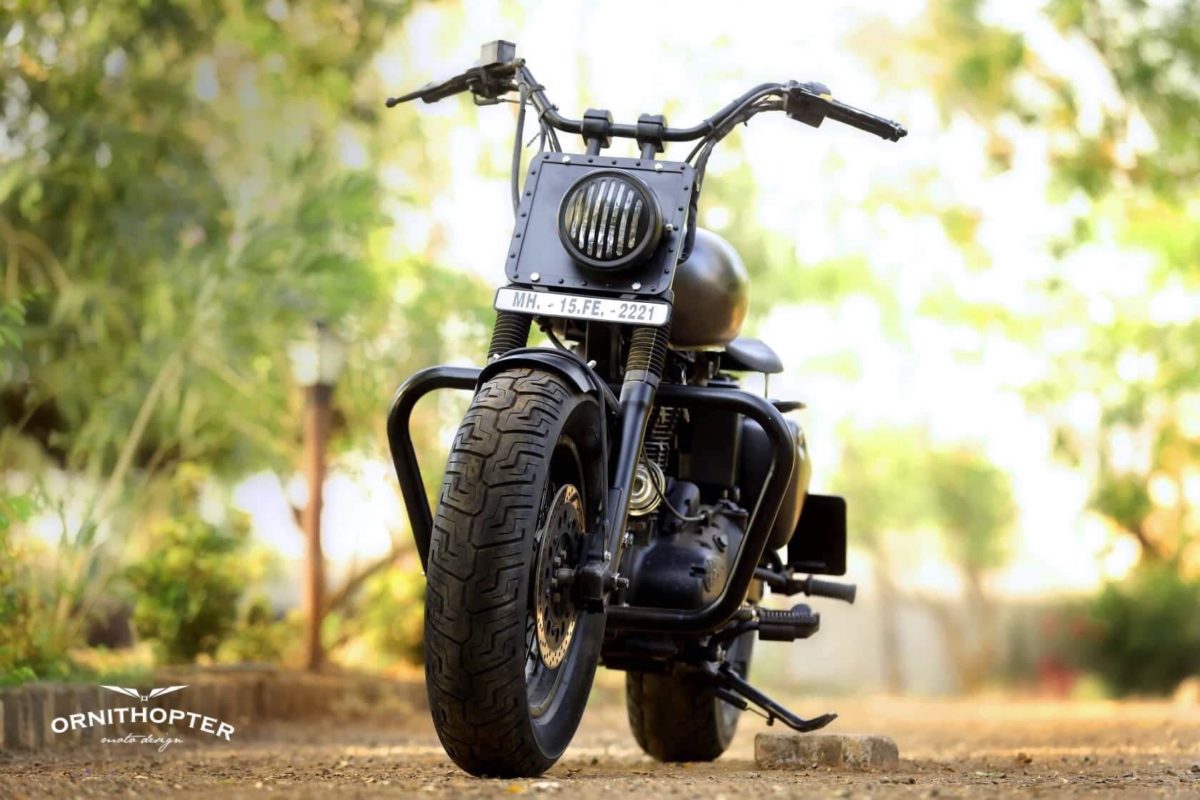 Also Read: S&S Exhaust System For The Royal Enfield Twins To Be Available In India

The Royal Enfiled Classic, in its stock form, uses an air-cooled, twin spark, single cylinder engine which is mated to a 5-speed gearbox. This motor is placed in a single downtube chassis which is suspended by 35 mm, telescopic forks in the front and twin gas charged shock absorbers at the rear which comes with 5-steps of adjustment. The engine gets its fuel through a carburettor, tuned to dish out 19.8 bhp at 5,250 rpm and 28 Nm of torque at 4,000 rpm. Royal Enfield now offers this motorcycle with a dual channel ABS module as standard, with a disc brake at the rear end. Coming back to the Barrett, below are some images of this modified beauty, do have a look.