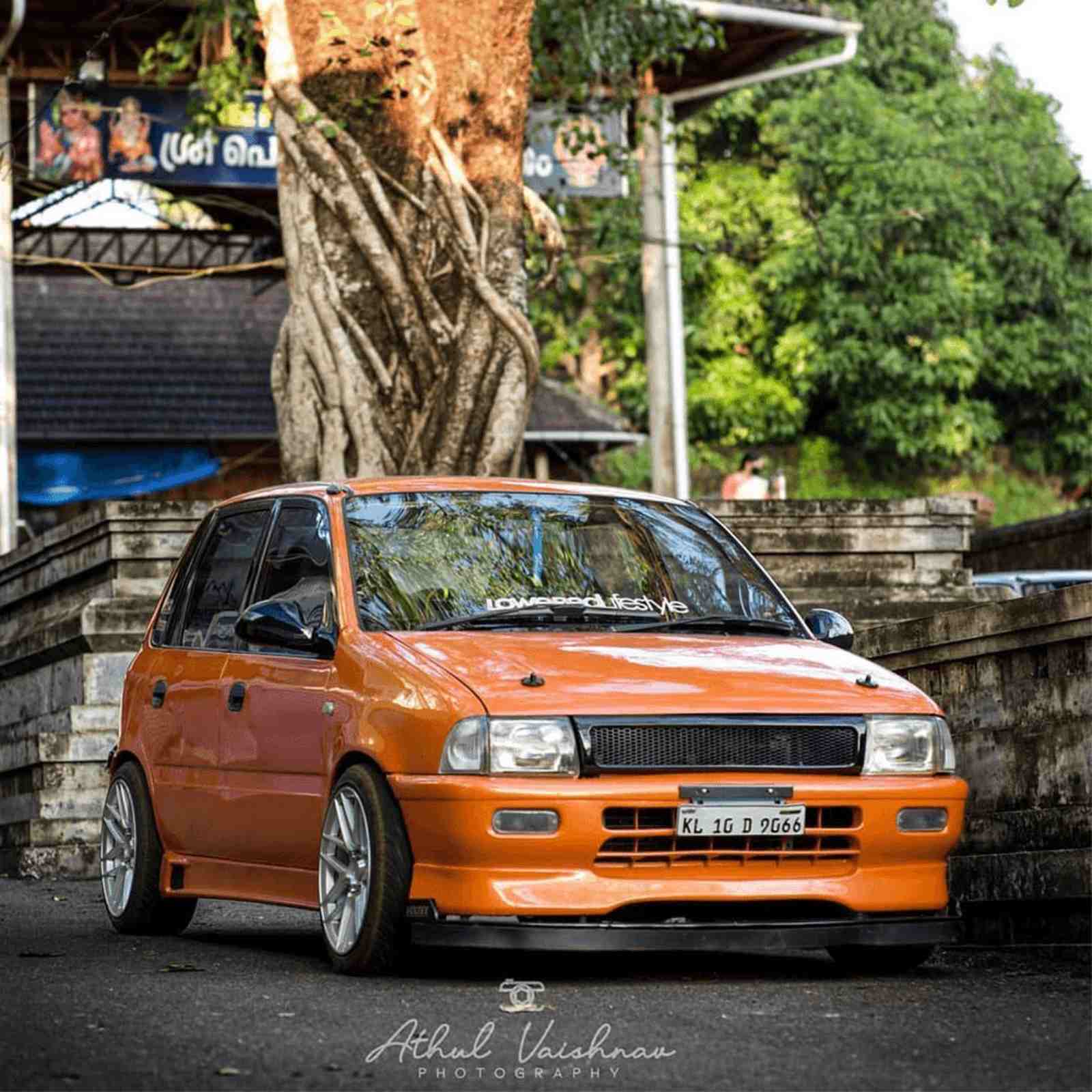 Maruti Suzuki has been ruling the Indian hearts ever since automobiles became mass-centred in India. The carmaker has bestowed us with some of the most iconic cars to ever grace the soil of our country# and the Zen hatchback has to be one of them. Sure, it wasn’t that popular as compared to the 800 but it still sold in huge numbers. Apart from being a perfect hatchback for urban runabouts, surprisingly, tuners also found it quite adorable partly because of its minuscule proportions.

Although we don’t witness many examples of a modified Zen, most of the custom ones out there are proper sleepers! The one that we have here today with us also belongs to the same category. Enter ‘The Nemo’, an orange-shaded customized Zen owned by Mr. Amal Vaishakh and Mr. Athul Vaishakh from God’s Own Country – Kerala. 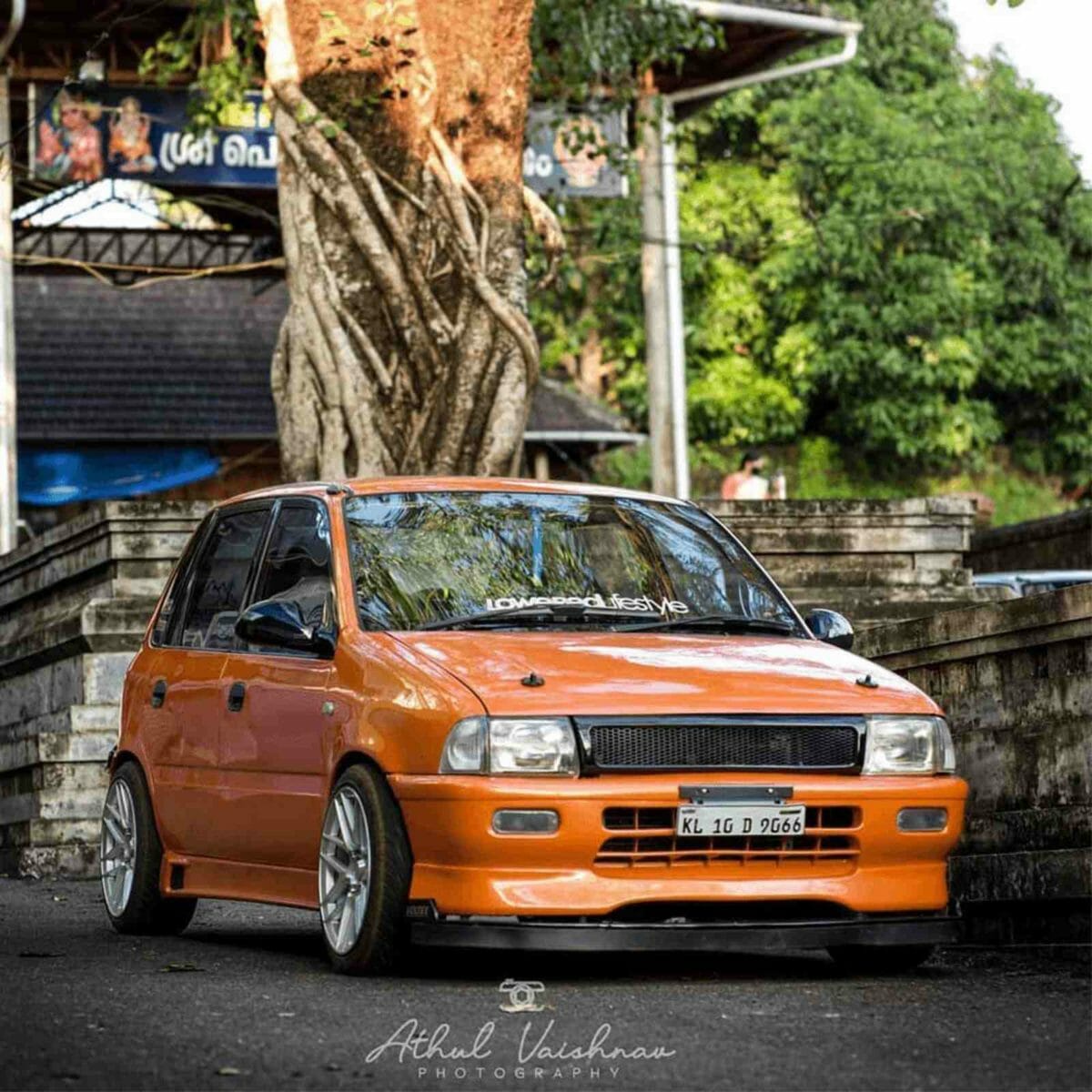 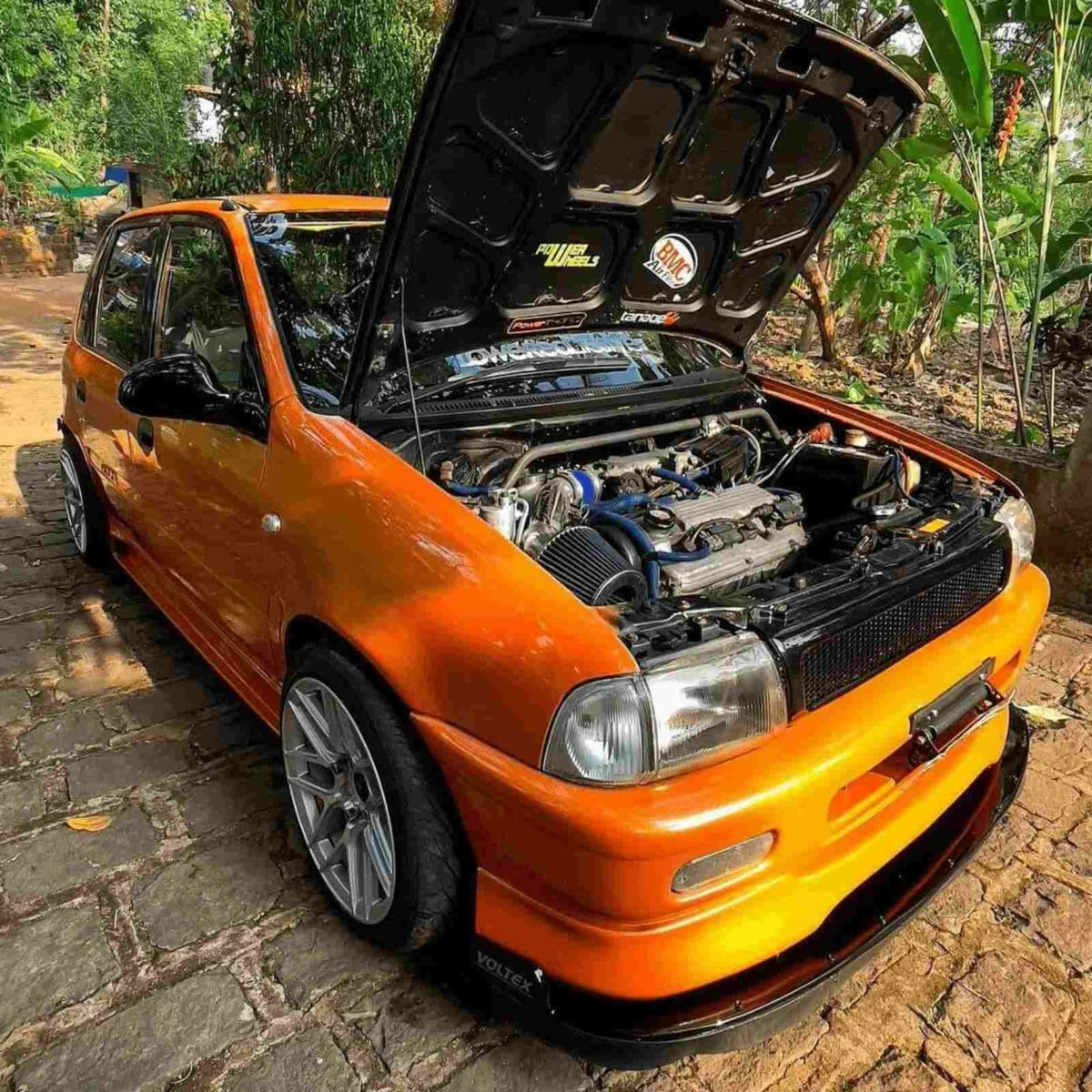 The Suzuki G16B is a 1.6-litre straight-four 4-stroke natural aspirated gasoline engine from the Suzuki G-family. This engine produced from 94 PS at 5,600 rpm to 97 PS at 5,600 rpm of maximum horsepower and from 132 N·m at 4,000 rpm to 140 N·m at 4,000 rpm of peak torque. The mods list is rather long so we are going to focus only on the juiciest bits. The Nemo also gets Raj Hingoorani 4:2:1 Header Exhaust system, Genome Air Intake System with Stainless Steel Piping, Brembo Rotors and Pads with Type 2 Brake Upgrade from Brembo, Custom Strut Bar and Custom Short Ratio Gearbox. Although the owners haven’t dyno tested The Nemo yet, it is safe to conclude that The Nemo produces a lot more ponies than a stock Zen. 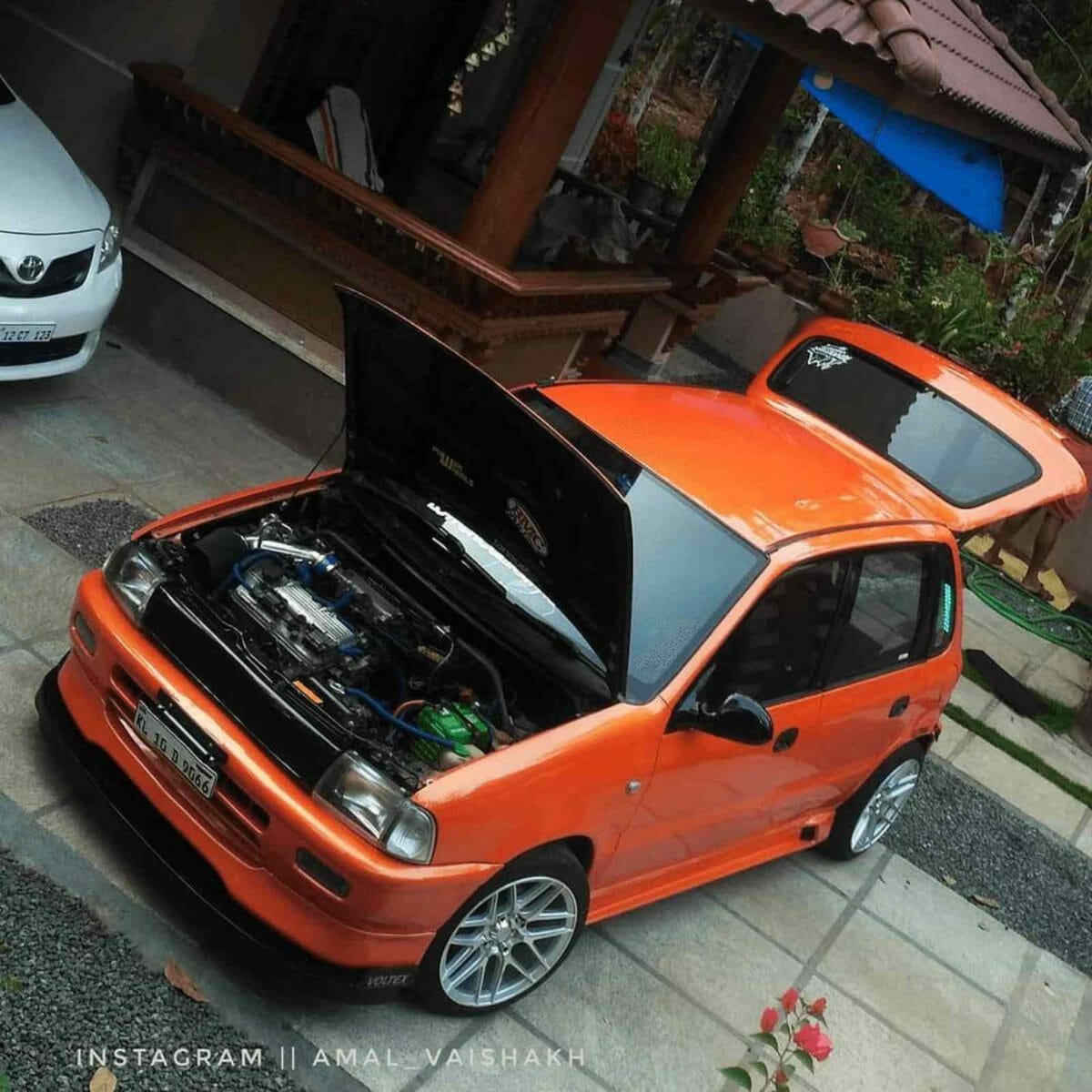 Now that we have listed down the mechanical upgrades, let us get down to The Nemo’s aesthetics because even when it comes to looks, The Nemo looks nothing like a stock Zen. Take the Metallic Orange Paintjob for instance that screams so loud in your eyes that you wouldn’t want to mess with it. It also gets Fidanza Flywheel, 15” 7.25J Rims Wrapped in 185/45/15 Nankang Rubber and Sparco Racing Seats. We are saving its one of the best bits for the last as it also gets Tanabe Lowering Springs with custom Stiffened Front & Rear Suspension Dampers. We expect The Nemo to behave like a Go-Kart around the bends with enough grunt to slide the rear wheel out on rare occasions. 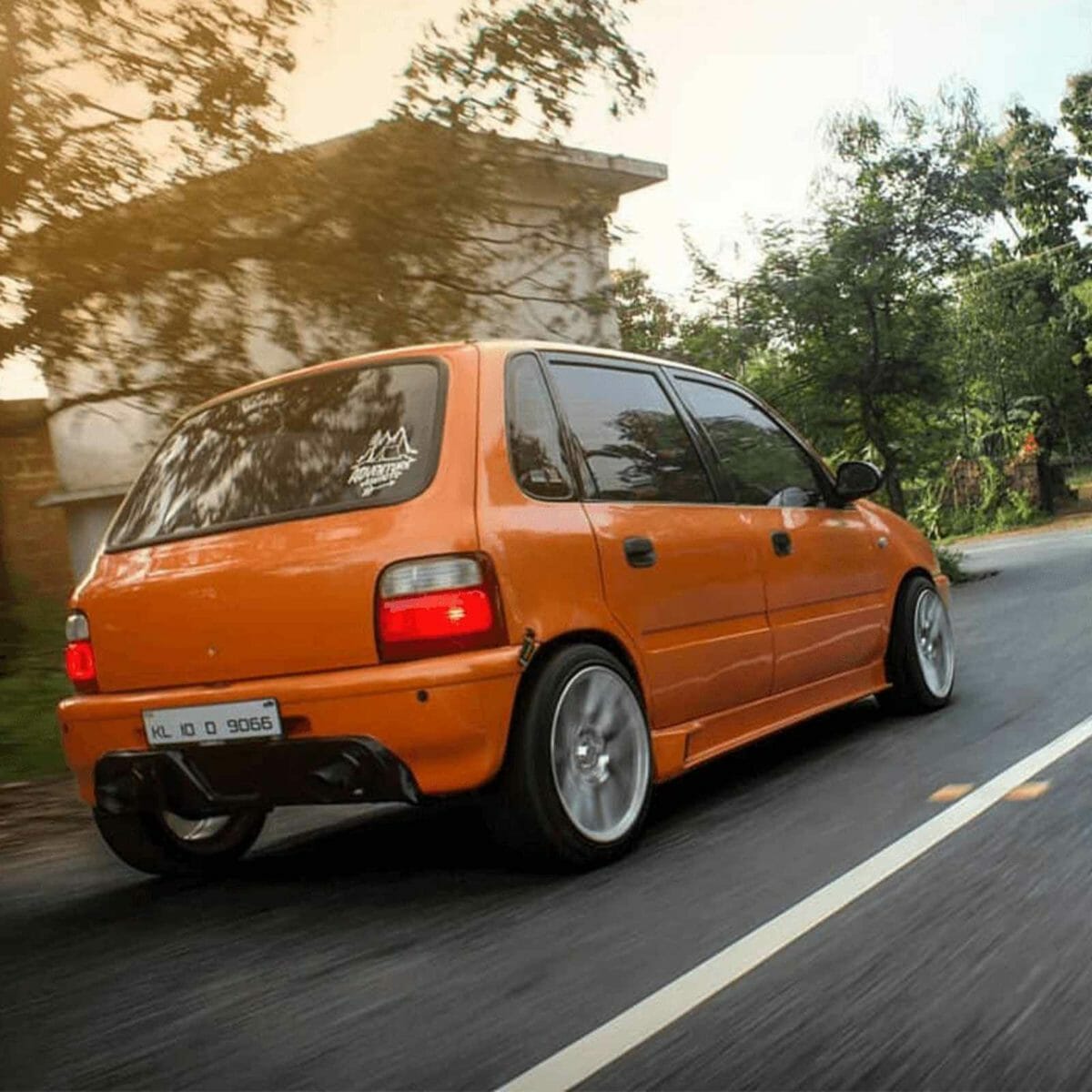 If an Orange Maruti Suzuki Zen pulls up next to you at a red light, take our advice and don’t indulge in a battle. If it turns out to be The Nemo, you might end up getting embarrassed.