The Isuzu D-Max V-Cross is a unique vehicle in itself. It combines the practicality of a pick-up truck with the functionality of a 4×4, allowing one to undertake a number of adventures. As brilliant as it is in the stock form itself, the D-Max V-Cross has a lot of potential to become an even better machine. This video showcases one such D-Max V-Cross, modified to carry more people, more luggage and do much more than a stock D-Max does. Do read ahead to find out more about this brilliantly modified pick-up truck, which can be easily called a house on 4 wheels 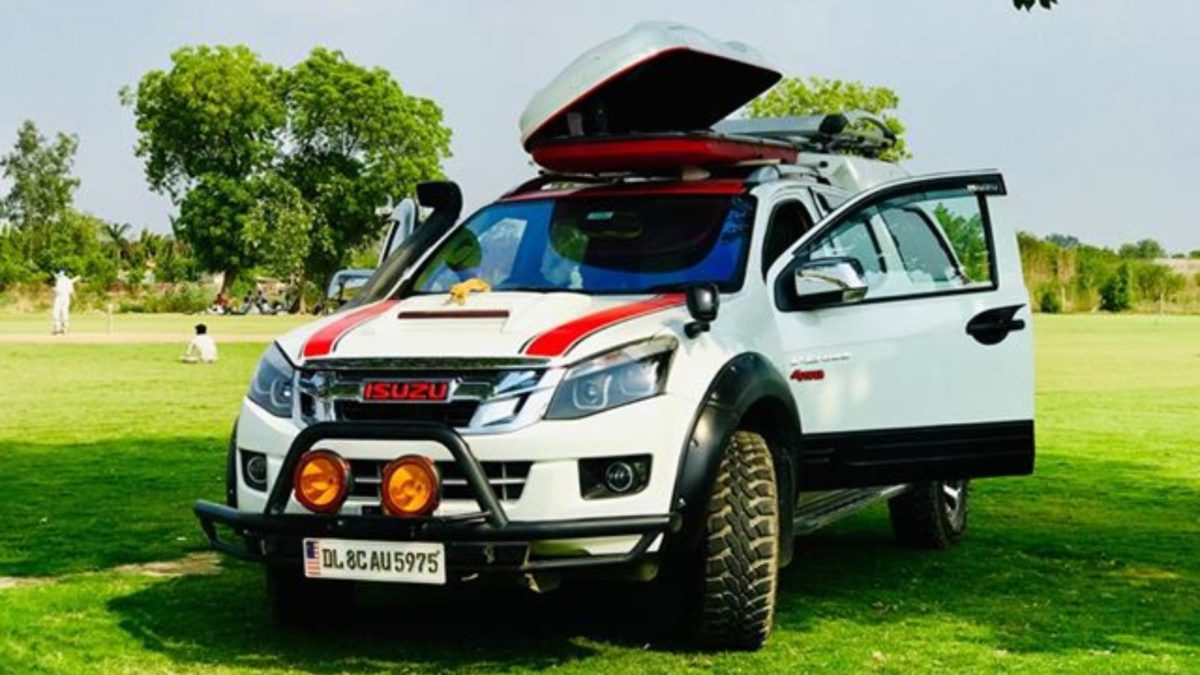 The Isuzu has been given a number of cosmetic changes, some of which are functional and some to just enhance the appearance of the vehicle. The bull bar in the front looks quite strong and holds enough lights to light up the whole town during the night. The headlights, despite looking pretty much like the stock units come with DRLs and projectors. The fog lamps too, come with a circular, ring-type DRL. A hood scoop, which seems to be not functional, has been placed, which is flanked by some sticker work. A snorkel too can be seen, which allows the car to wade through higher levels of water. 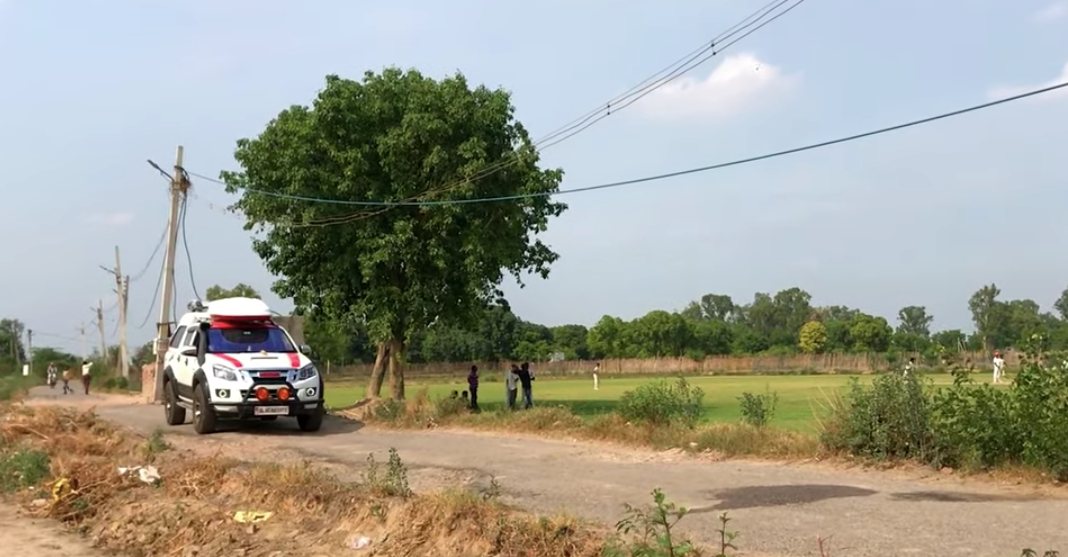 Moving to the side, we can see black fender flares, which make this truck look a lot more aggressive. A new sidestep too has been installed for more convenience. Moving further back, you would notice that the loading bay of this pick up has been converted into a cabin. This new cabin can be accessed from the rear of the car, where one has to first open up the glass panel and the rear tailgate. Unlike most Isuzu pickups, the tailgate of this car opens to the side, instead of falling down, allowing you to enter the cabin rather easily. The spare tyre too has been mounted on this gate, instead of being suspended on the underside. 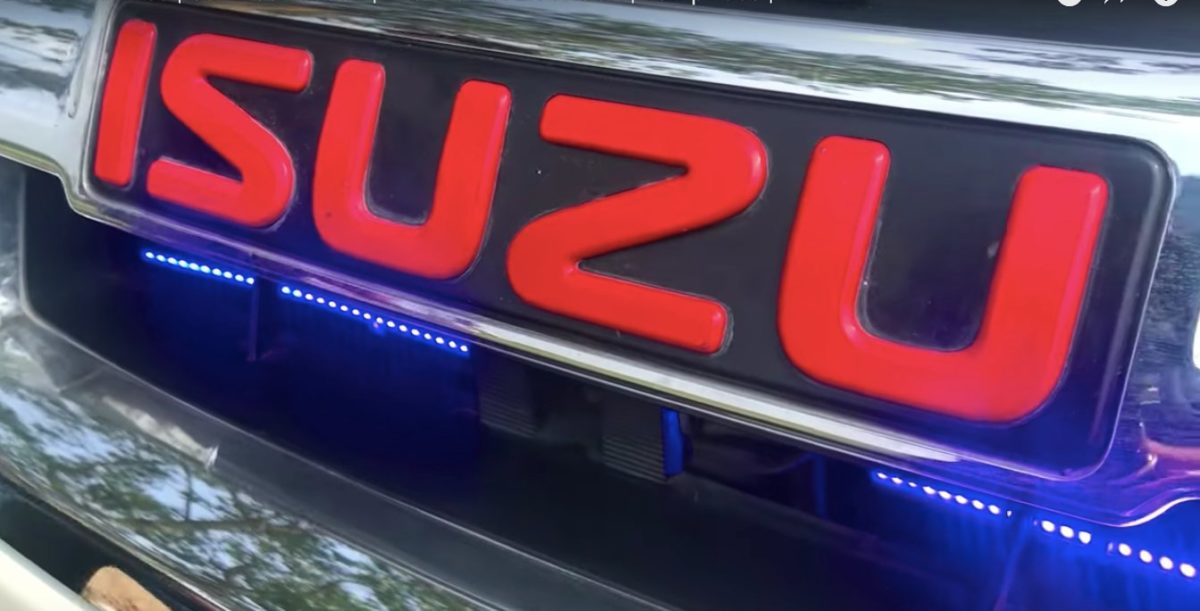 The cabin not only has abundant space, but it also comes with two rows of seats, allowing you seat 4 more passengers. This cabin also gets its own air-conditioning unit to keep the passengers cool. Moreover, a glass window connects the rear cabin with the actual cabin of the car. The benches also can be folded up, to free up some space for more storage. The floor of this cabin has been made soft so that, the driver can take some rest, with the seats folded up. Both the cabins get a red and white interior theme. This project takes approximately 60 days to complete, at an expense of around INR 2.5 Lakh to INR 3 Lakh. Linked below is the video which showcases this mod job and some more touches that have been done to the Isuzu, do have a look.