Home News This Maruti 800 Is A True Off-Road Monster

The Maruti Suzuki 800 has always had a special place in every Indian’s heart. In the early 90s, almost every family in this country dreamt of owning a Maruti 800 as their first car. This led to its massive popularity and impressive sales figures which helped it sustain the tough Indian market for three decades.

It was the first front-wheel-drive vehicle to be launched in India and became synonymous as the ‘people’s car’ due to its affordability. Based on the Sipani manufactured Dolphin car, the 800 was best known for its compact size, everyday utility, affordability and most importantly reliability. 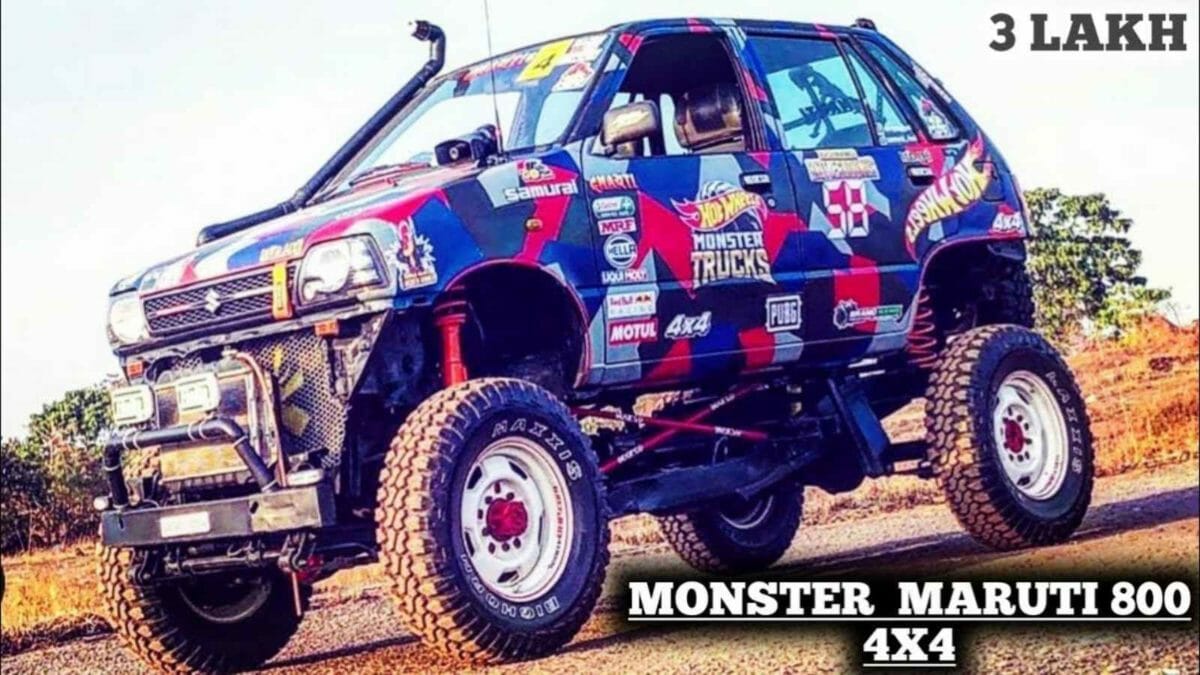 It has been seven years since the Maruti 800 has been discontinued but you can still see many on the road even today. Many of them have gone under custom modifications. This one here has gone through some serious change as the ‘small family car’ is now a 4×4 monster truck.

Owned by Deepraj Chari, this Maruti Suzuki 800 is located in Goa, India. It is undoubtedly the most extreme modification that you will ever see on an 800. Here is a video uploaded by ‘Banks Custom’ on YouTube that shows more about the car and what modifications have been done to the car.

Details Of The Modification

This Maruti Suzuki 800 is based on the Maruti Suzuki Gypsy platform. The chassis of the Gypsy has been altered to fit the body of the 800. The heavily altered ladder platform now holds the shell of the 800. The exposed suspension bits look interesting, what with those extended coil springs. However, the exact details remain unknown.

Also READ: This Maruti Suzuki Eeco Is A True Transformer

It is powered by a 1.3-litre petrol unit which is borrowed from the Gypsy. There have been no alterations done to the engine, however, there are additional performance parts that improve the engine’s performance. For instance, the car gets an aftermarket exhaust system with a dual cooling system. It also retains the stock 4X4 system of the Maruti Suzuki Gypsy and also offers the 4X4 low-transfer case that makes it an extremely good off-roading vehicle. 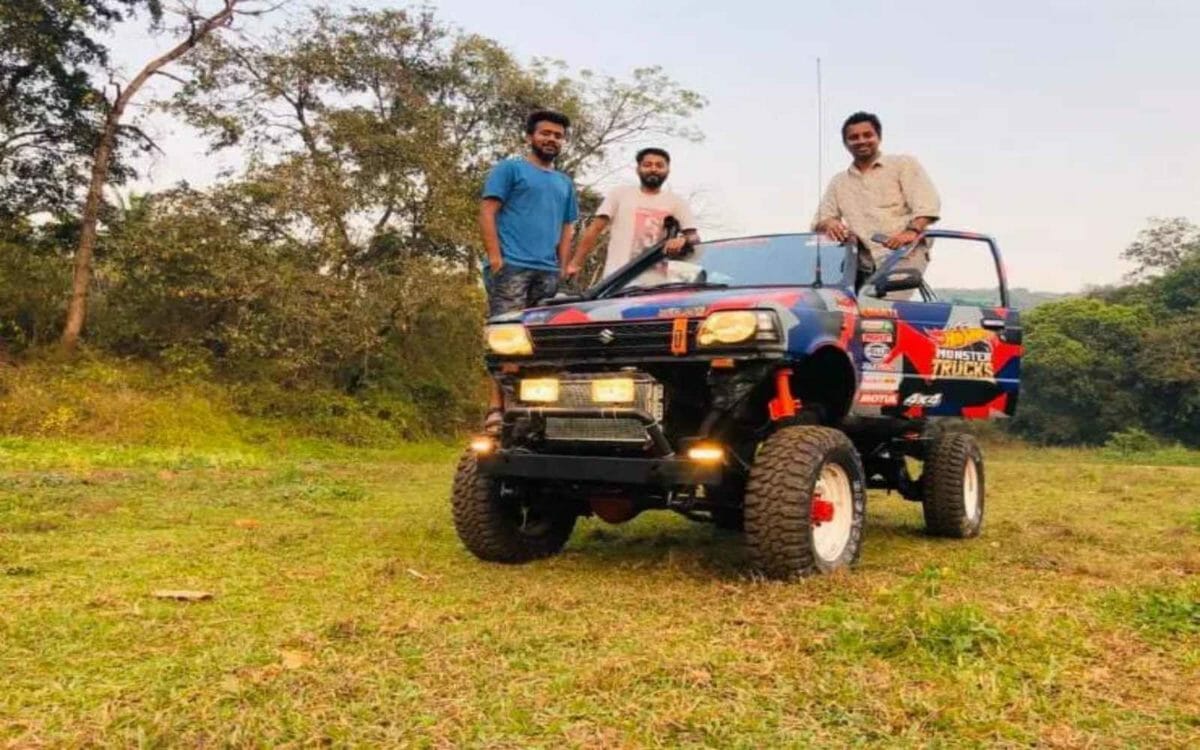 As for the modified chassis, the body sits quite high from the ladder platform of the Gypsy. Even then, the car gets a working snorkel that ensures that the air intake sits much higher and a safer level. The car rides on 30-inch aftermarket alloy rims with Mud Terrain Maxxis tyres. The car gets a massive ground clearance of 580 mm making sure it is clear of any obstructions. There are six lamps in the front. Apart from the headlamps in the stock position, there are additional lamps mounted to the chassis of the car. The fog lamps have a cornering function and are from Hella. 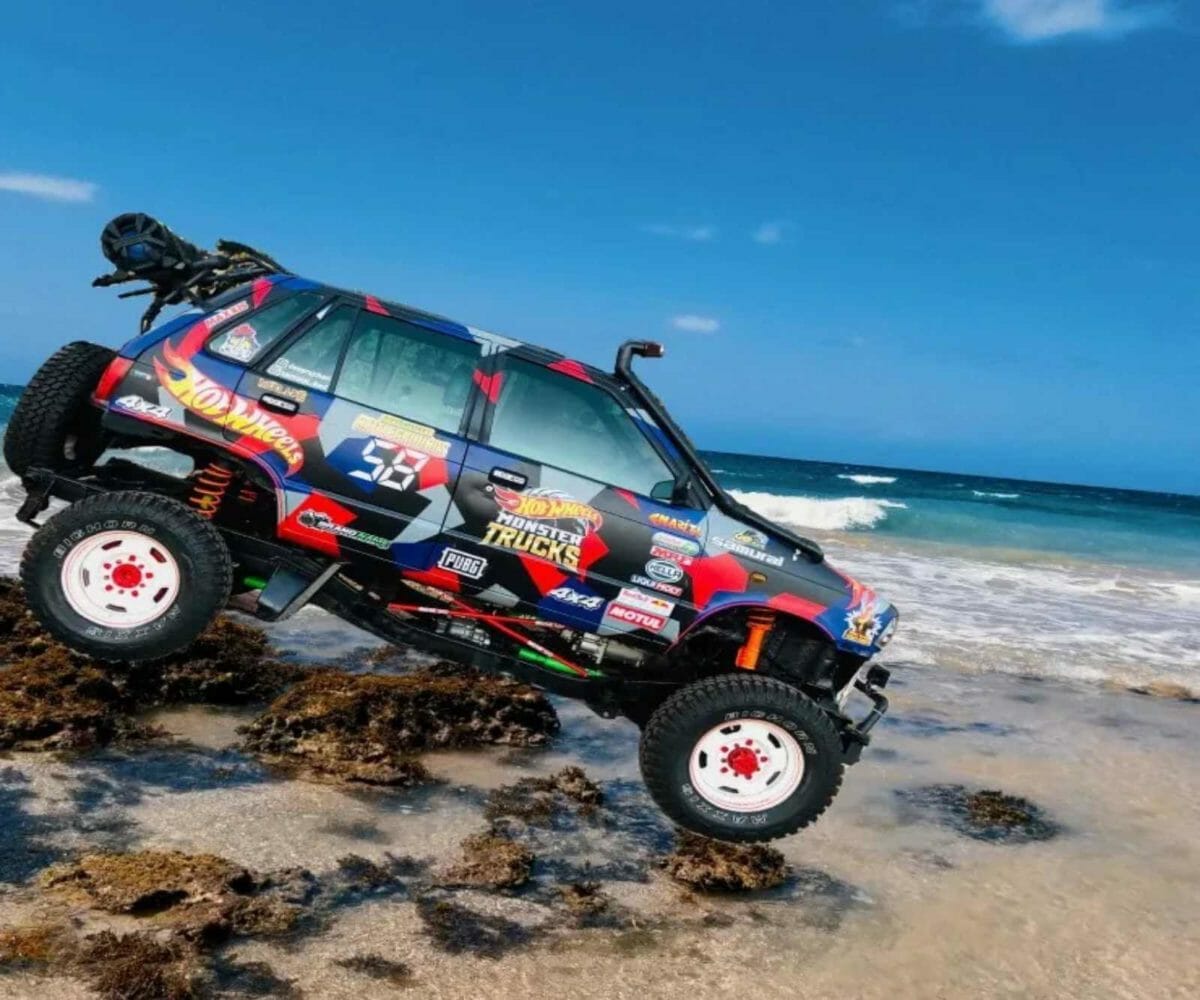 The car has been claimed to be built around a period of two-three months. The interiors are also claimed to be sporty however, there are no images to indicate the same. The car is seen wading through the water effortlessly due to its modified drivetrain and increased ground clearance.