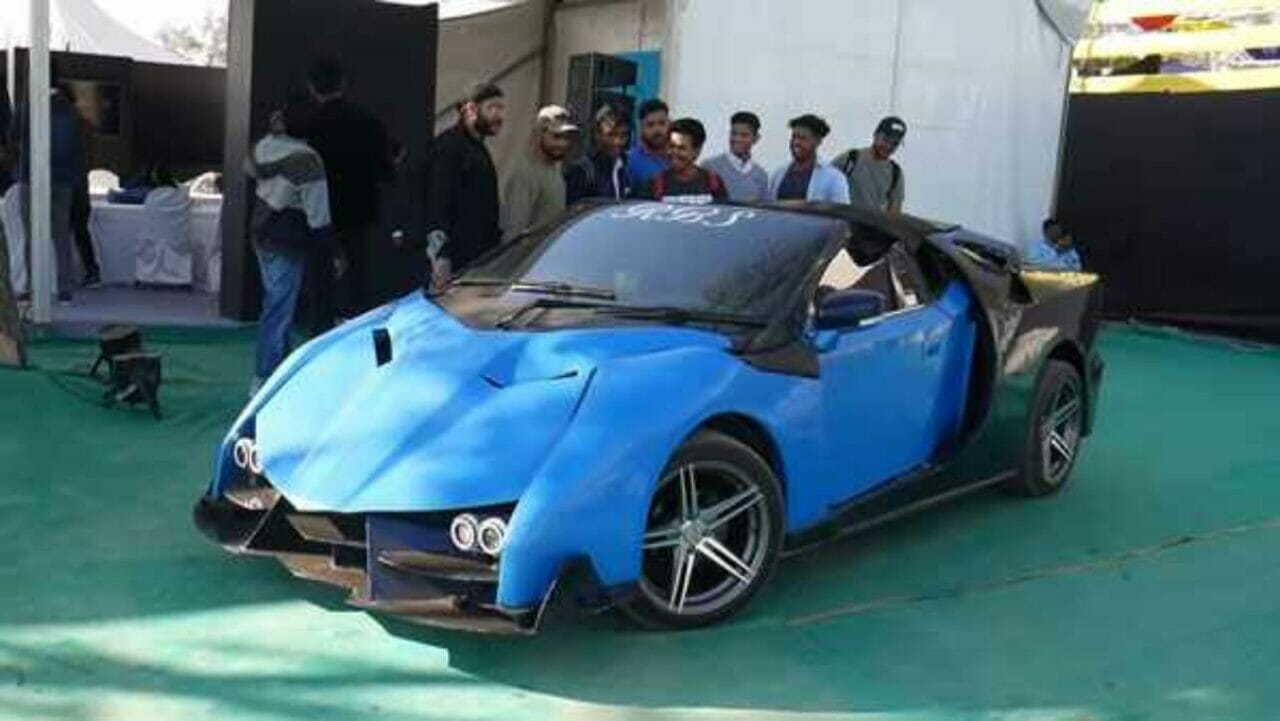 Every auto enthusiast around the world desires to own a high-speed super sports car but high import duties and constrained budgets restrict a person from making his dream come true. However, the zeal of a true enthusiast makes him/her convert their everyday car into their dream vehicle and that too with a limited budget.

Today we have come across a story where a Mechanical Engineering undergraduate has converted a Maruti Suzuki Eeco into a sporty-looking, two-door car. This video has been uploaded on a YouTube channel named SM Rocks and in the first half of the video, the vlogger talks to the creator of this car to get all the details.

As claimed by the designer and creator, this 2-door sports car is made at home and built by hand. The car is based on a Maruti Eeco, but it’s not a front-engine car anymore. In the video, Kaushal, a Mechanical Engineering student and the creator of the car, tells that he started building this car when he was in the 11th standard. The chassis of this car is custom-made and Kaushal started its road testing when he was in the 12th standard. 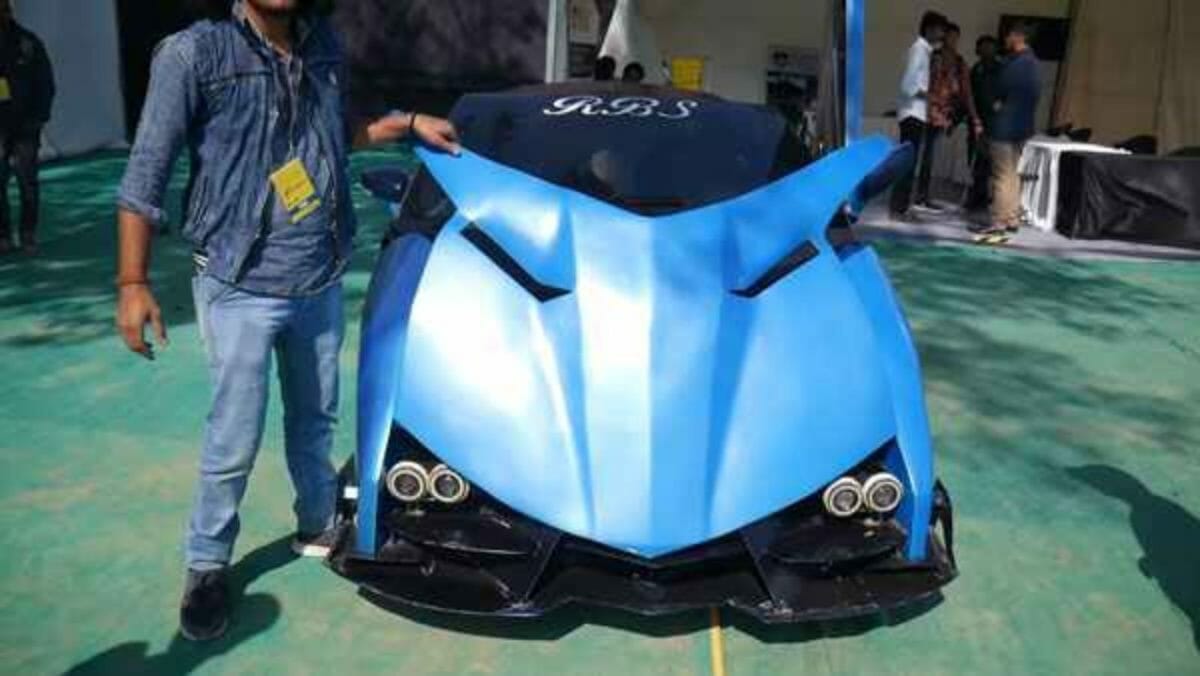 The design of the car is claimed to be inspired by two cars – Lamborghini Veneno and Bugatti Veyron. This car took two years to complete as per the creator. Kaushal further says that he plans to make India’s cheapest sports car in the future. The car has the engine mounted in the rear and it gets a toughened glass hood. The vehicle is not complete yet, and there is room for a spoiler.

The creator admits that he has spent around Rs 10 – 12 lakh till date on this project. He further says that he previously used carbon fibre to make the body but it did not turn out very well. Currently, the car gets a metal body. The car is called RBS after the creator’s grandfather. 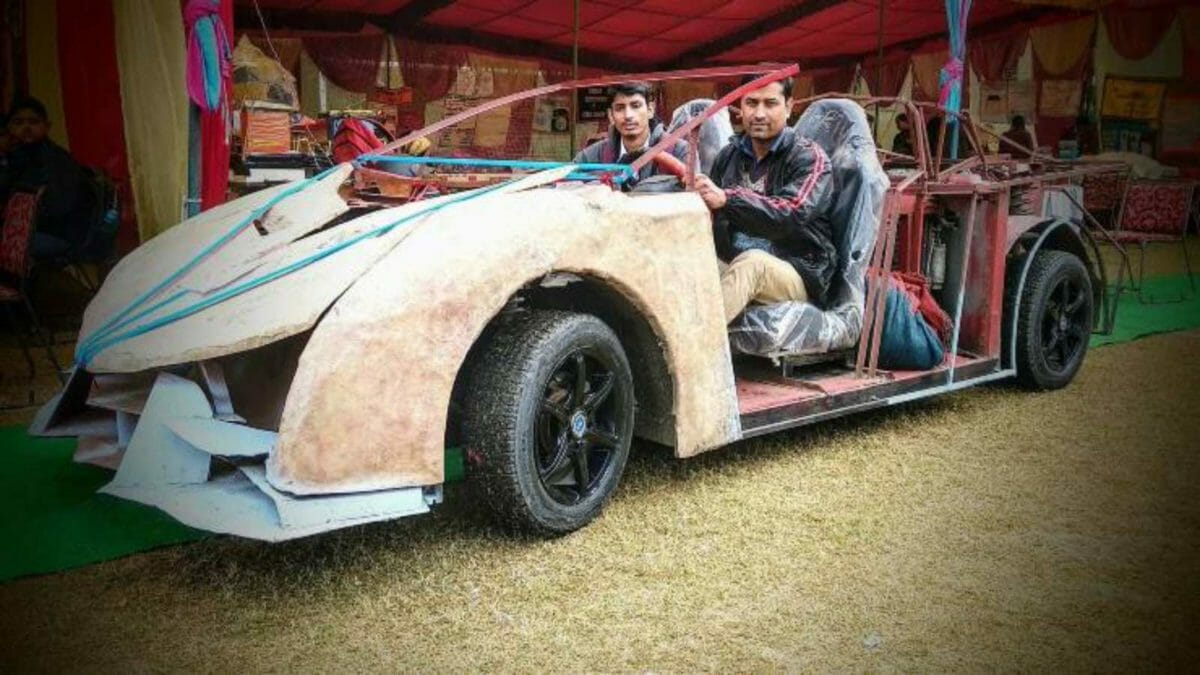 Speaking of the design of the car, it gets naked projector lamps at the front, the doors open like scissor doors, low profile tyres wrapped around aftermarket alloy wheels and so on. All in all, it does not look like finished work and the creator admits it, but since it is based on an Eeco, full marks for the effort that has gone into this attempt. Kaushal said that he will continue to work on the car and will launch a better version of this in the near future. It should be noted that such handmade cars are not legal on public roads. Any road legal car needs to be certified by ARAI for roadworthiness. 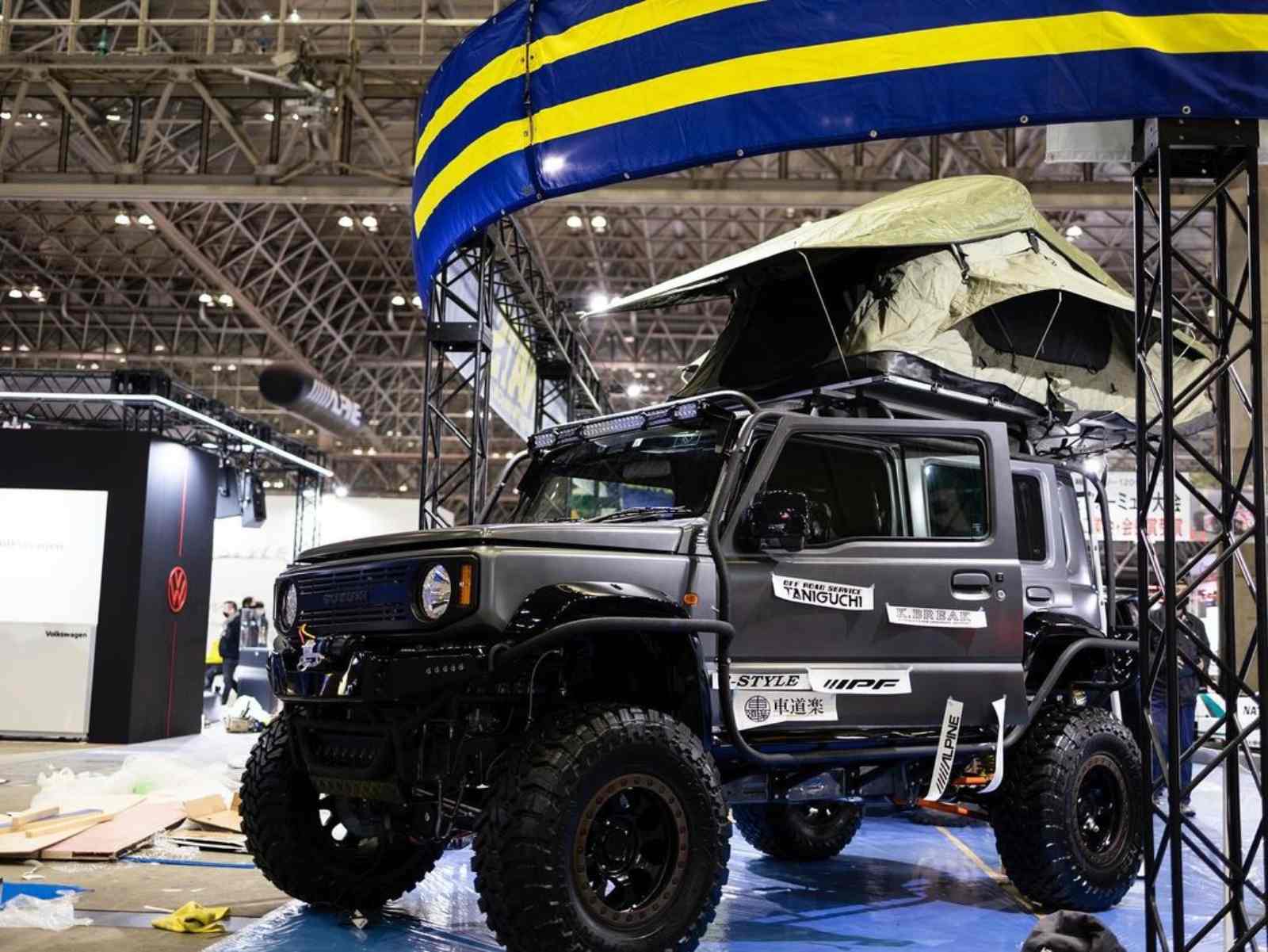 Check Out This Custom 5-Door Jimny With A Lift Kit! 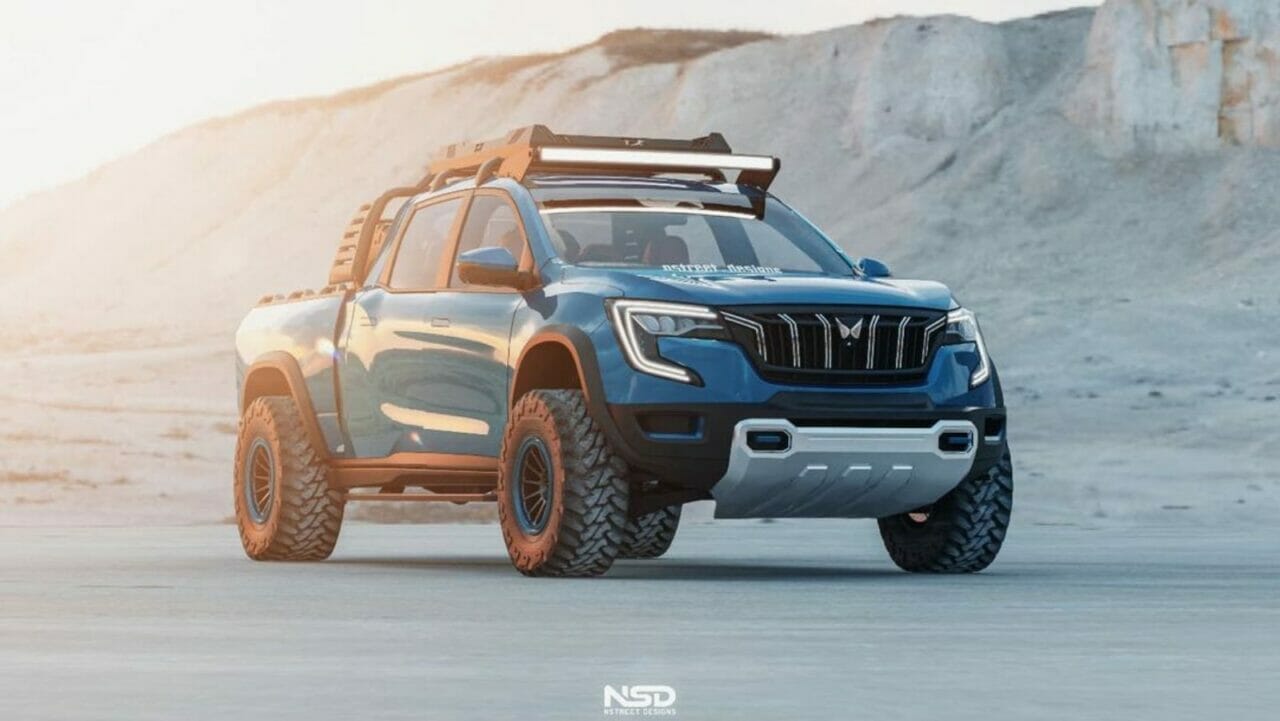 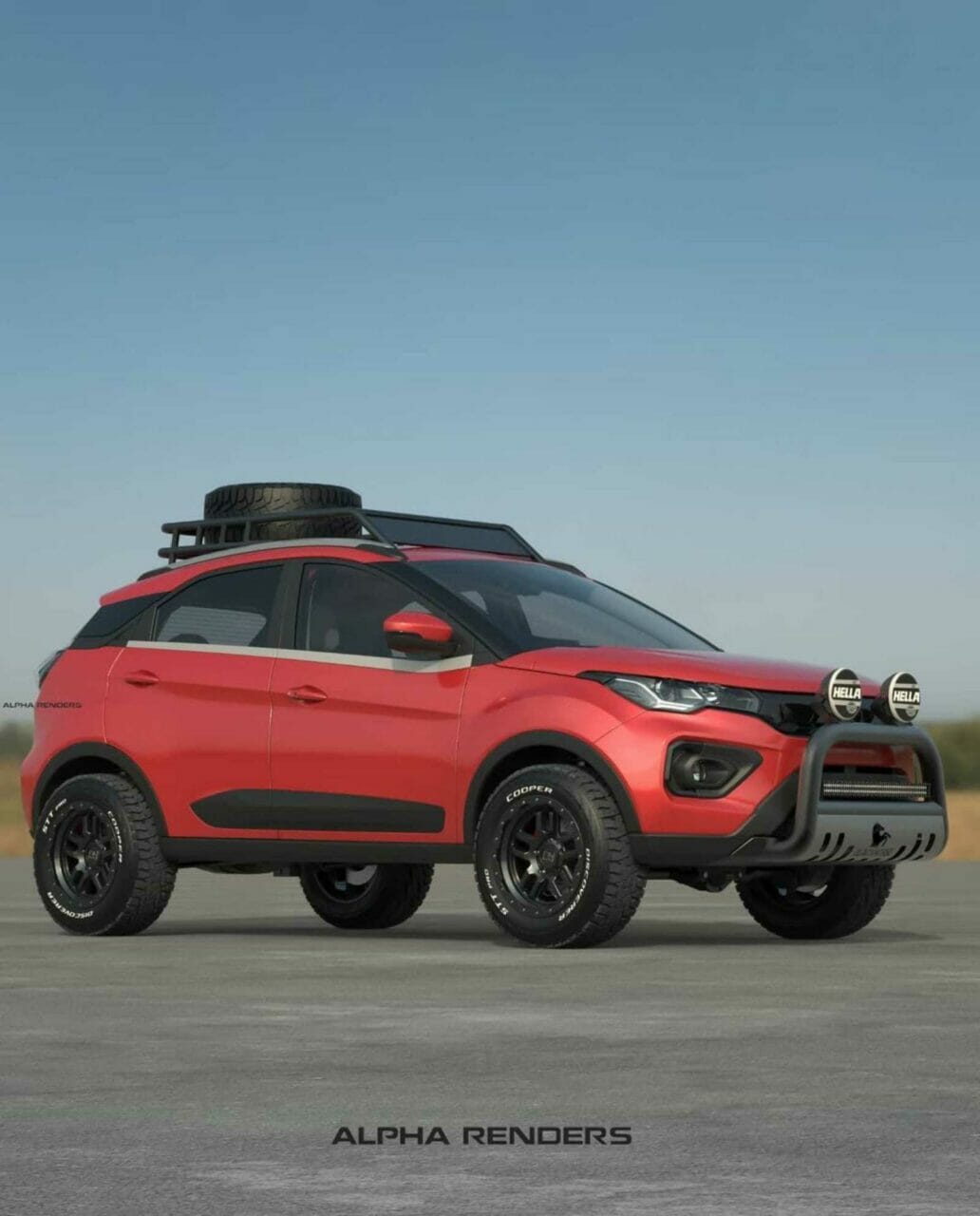 Wondered What An Off-Road Ready Nexon Looked Like? Check Out This...