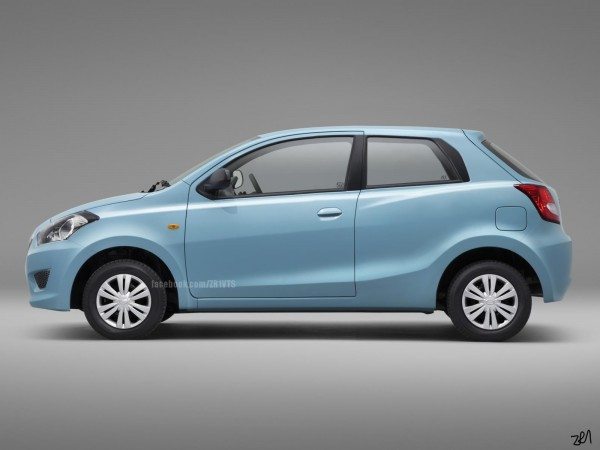 We reported in detail when Japanese auto maker Nissan recently resurrected the Datsun brand, which now comes to life after around 32 years! The Datsun brand, in its second innings, will cater to the budget-end segments of car market and would have cars especially developed for emerging car markets like that of India, Russia, Latin America, the Middle East and Africa.

The first car that will go on sale under the Datsun moniker would be the Go hatchback. The new Go is basically a Nissan Micra-based, five-door supermini that will go on sale with a price tag of less than INR 400,000/US $6,700 / €5,100. The car is likely to hit the shelves towards the end of this year and would be positioned below the recently launched Nissan Micra Active entry level variants.

While there has been no announcement by Nissan that clearly tells us whether the car maker has plans to widen the range of the Go with more body-styles, but here is a speculative rendering of a three-door body variant that could come in near future. The Go line up could also get a mini MPV and a budget end sedan. We also have another speculative rendering of the three door Go that shows the car having a lowered suspension and bigger wheels. 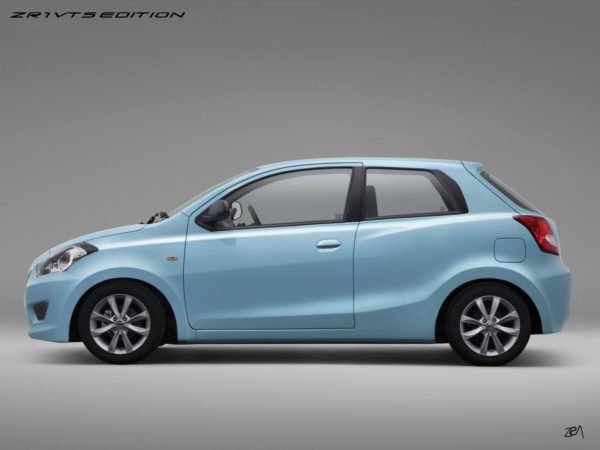