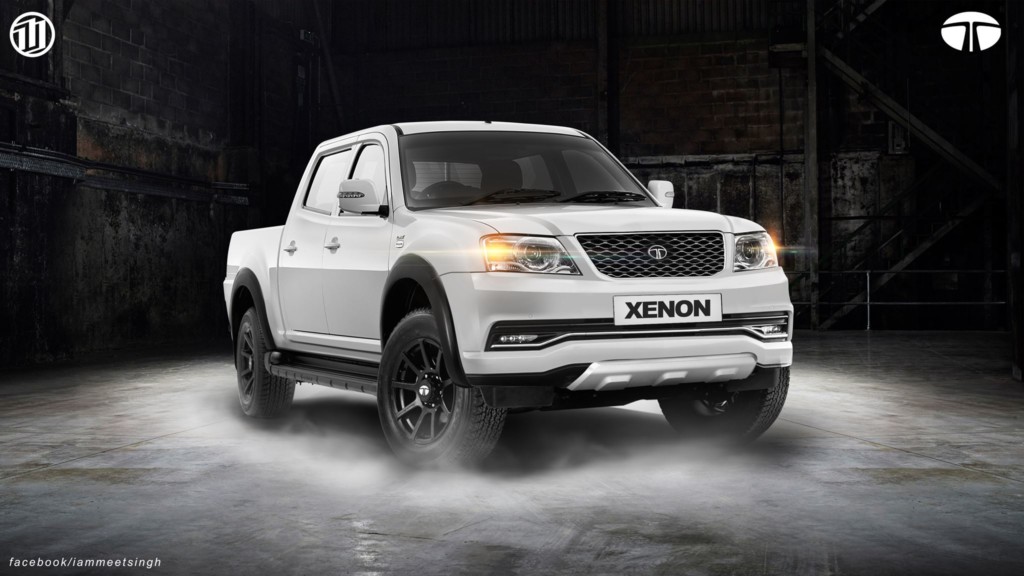 The Tata Xenon has been around for a while now, but since the market for pick-ups in India (as a personal vehicle) is almost non-existent, it hasn’t really caught on. Although the Xenon enjoys healthy export numbers, it is getting a bit long in the tooth now. Artist Meet Singh picks up his digital scalpel and comes to the rescue by giving the Tata Xenon a subtle face-lift.

The front grille now sports a mesh insert instead of the three slats, while the entire front bumper has been redesigned with LED fog lamps and chrome trimming. There’s a new brushed silver finished skid plate up front, and the beefed up wheel arches now accommodate newly designed wheels. This digital modification helps the utilitarian Xenon to look more sophisticated and upmarket, while hinting at a possible Xenon 2.0.

As for firepower, the Tata Xenon employs a 2.2-litre VARICOR engine sourced from the Safari Storme that fires out 147 bhp at 4,000 rpm and a maximum torque of 320 Nm between 1,500 and 3,000 rpm. In export markets, the Xenon is also available as a 4WD variant, along with a new 6-speed automatic transmission.