When it comes to automotive design, nobody does it better than the Italians. One particular town called Maranello, which is also what Scuderia Ferrari and their Formula One racing team calls home, has been the place where inspiration is out there to breathe in the air. Customised by Bulleteer Customs, this Royal Enfield Continental 650 probably opened its nostrils to take some of that in too. 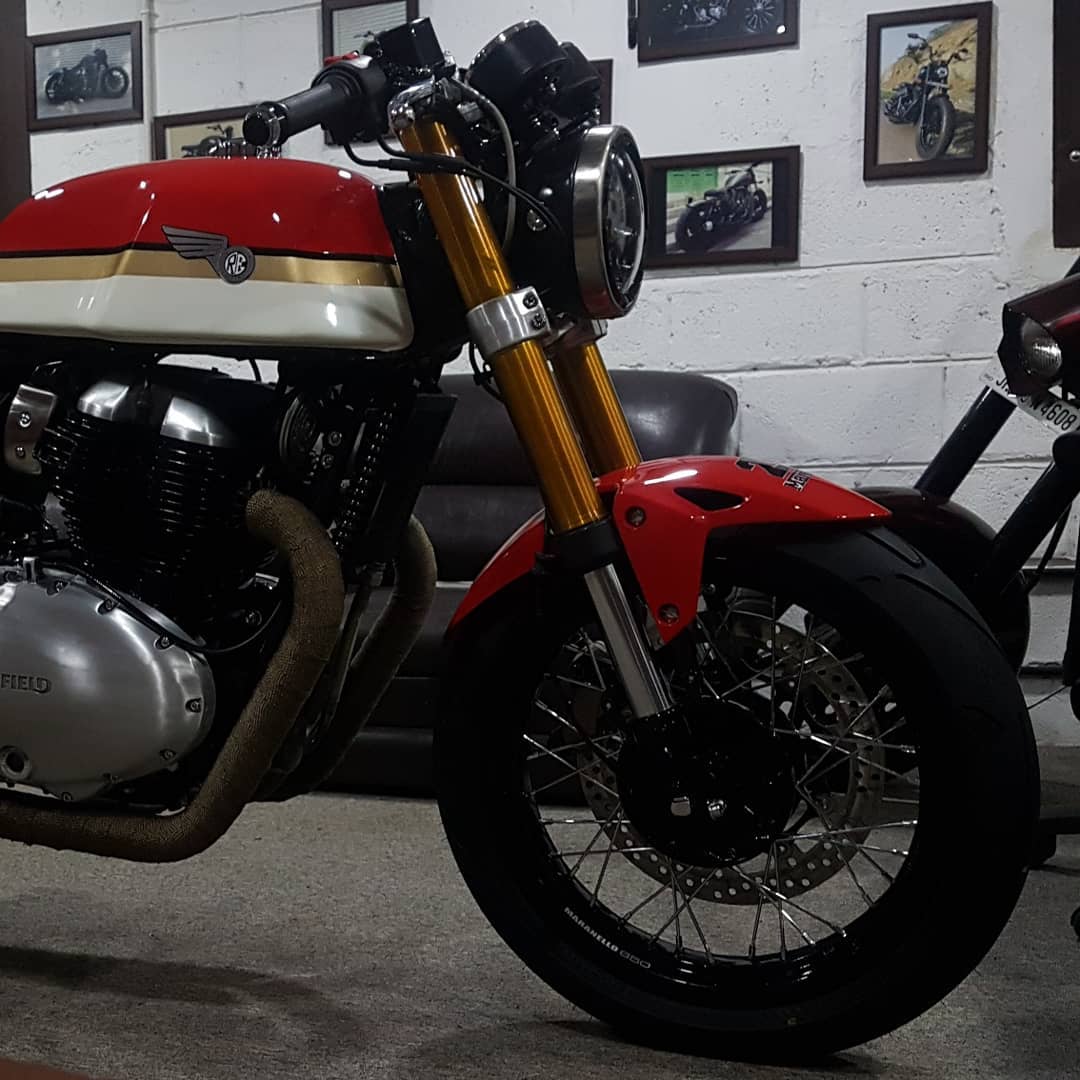 Called the Maranello 650, this transformed new-generation Royal Enfield flaunts its love for Italy in the Gold and Blue stripe on its Glossy Red and White fuel tank and side panels. The RE logo on the tank with that wing looks at home too and so does all that quilted leather which the single saddle has been draped in. 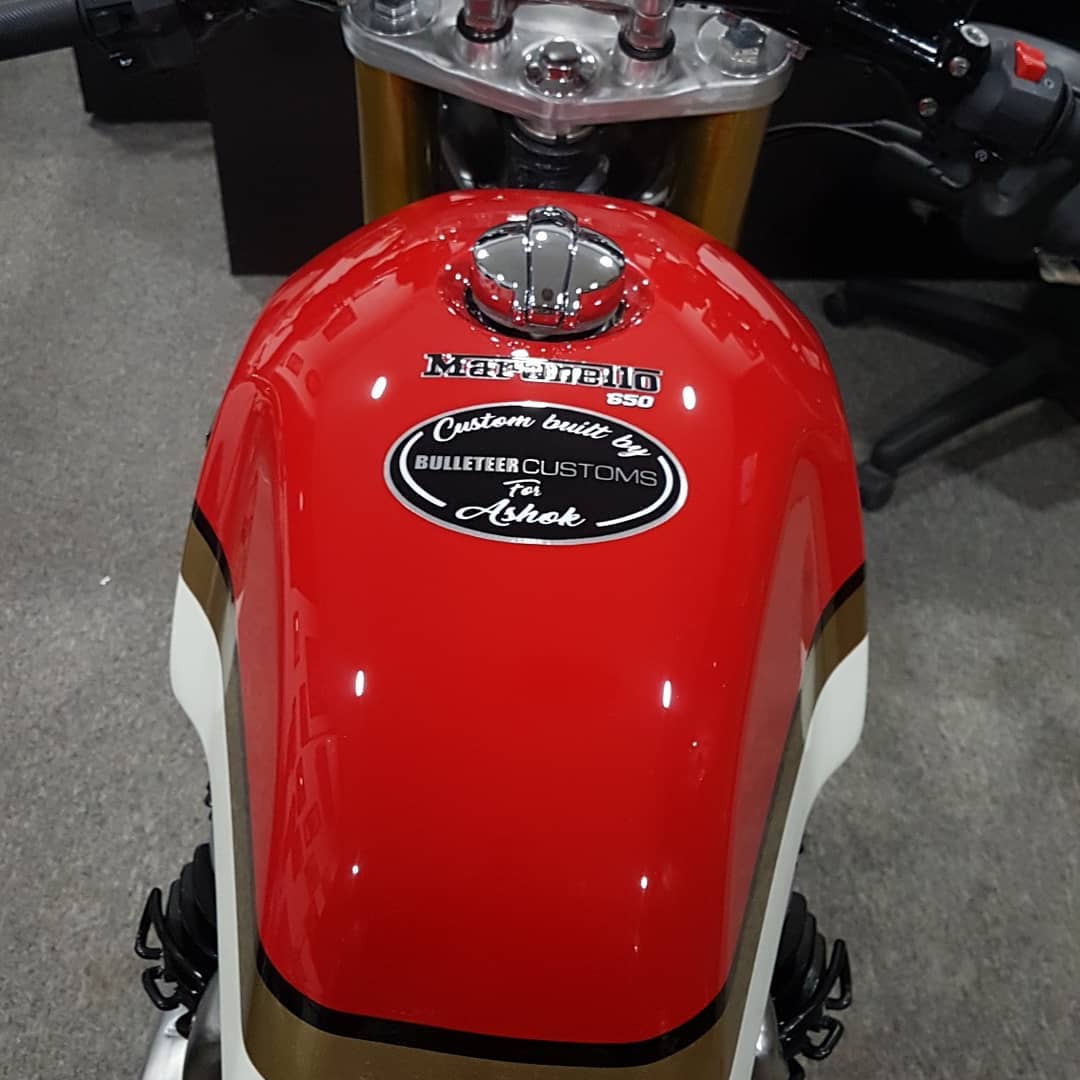 The Gold in this build is in the front forks though. The upside down setup is beefy and holds together standard braking kit, blacked out spoked rims and sticky rubber which capped by a modern fender finished in glossy red, adds great visual contrast in that area. Aftermarket LED lights and clip-ons feel at home and those twin dials sprinkle the right amount of retro to all things modern up front.

A post shared by Bulleteer Custom Motorcycles (@bulleteercustoms) on May 8, 2019 at 9:41pm PDT

The standard pipes have been replaced with aftermarket equipment which sounds free-flowing and is in-sync with the visual appeal of this build. It appears that the left side engine cover has been finished differently and has lost its chrome-dipped shine.

Also Read: Based On A Royal Enfield Interceptor 650, This Bulleteer Customs Build Is A Proper Hooligan 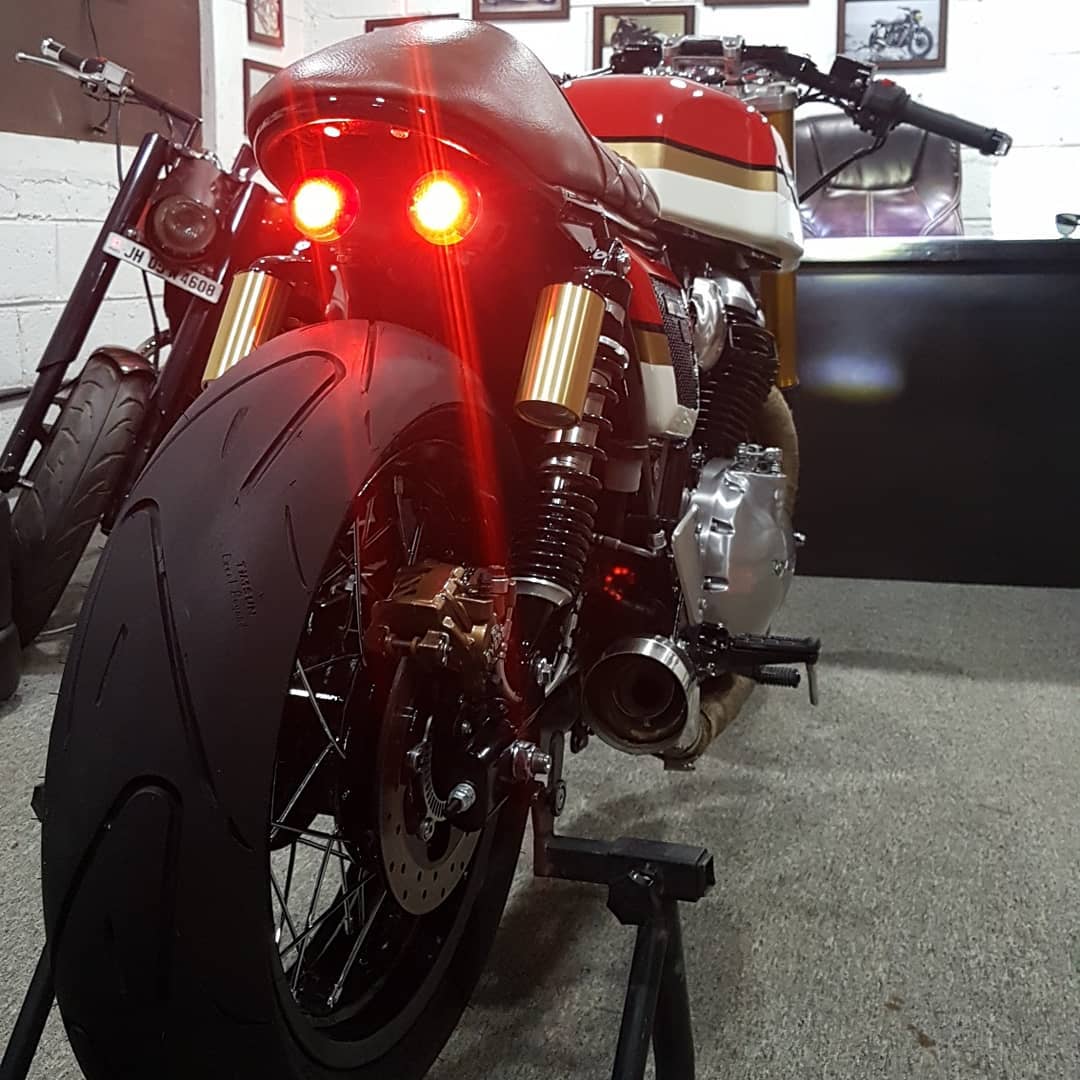 At the back, the rear spoke-type rim too is blacked out and has been wrapped in fat, sporty rubber which has a profile that should allow for some serious lean. We like how the rear taillights have a retro-robot appeal about them and add more character to this luscious build. Looking at this transformation we can only wish that some sense prevails somewhere for the authorities to bring some changes to draconian and stone age laws which hold people back from personalising a machine in India. It’s an expression for many, doesn’t harm anyone (okay annoyingly loud exhaust systems are a nuisance we agree too), and only creates an avenue for passion-filled folks to keep themselves happily busy.