Creating a retro-bike these days is quite a tough task, as the bike needs to appeal to the millennials of today, without being too boring or too dated. This means if a 2-wheeler company wants to create a bike that suits people of all ages, they will probably have to create a bike which looks and feels like a Scrambler while having a simple, basic and affordable price. That is exactly what Yamaha had done when they launched the all-new XSR155 in Thailand. However, if you aren’t satisfied enough with the stock version, then a Thai-based custom company called K-Speed Customs’ can modify it to look even more aggressive and sporty. 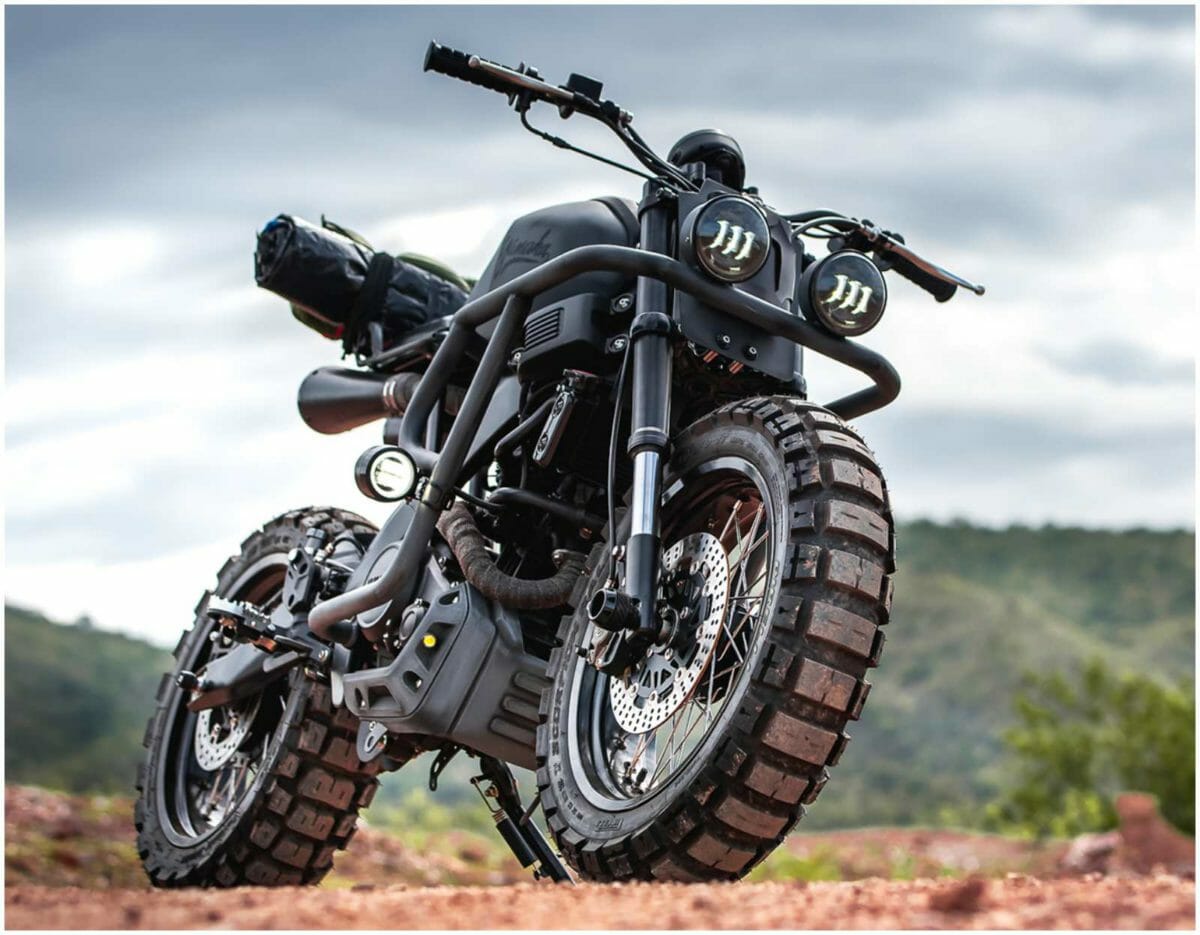 This custom XSR155 is not only a good-looking bike but also a vicious looking monster, as it has been completely modified to look like an off-road-ready Scrambler. In terms of design details and exterior features, the bike gets a twin LED headlight set-up, an exoskeleton to improve rigidity, a tough bash plate, a slightly modified seat set-up and a set of off-road tyres. The entire bike is painted grey and black, while the rims get silver spokes, to maintain the overall retro-classic look of the bike. The XSR155 shares most of its chassis and engine elements with the R15 and MT-15, however, the wider handlebar and slightly higher ground clearance make this bike stand out from its siblings.

Also Read: The New Yamaha XSR155 Looks Retro, But Is A Modern R15 Underneath

Mechanically speaking, the custom Trail Breaker retains the XSR155’s engine, which is the same 155cc engine as the R15 and the MT-15. This liquid-cooled 155cc engine is capable of producing 19.3 PS of power at 10,000 rpm and 14.7 Nm of peak torque at 8,500 rpm while being paired with a 6-speed gearbox. The bike retains the front USD fork and the rear Monoshock, along with the front and rear disc brakes. The bike also gets a new below the seat twin exhaust set-up, that replaces the traditional side-mounted set-up. The rear gets a small round tail lamp fitted between the seat and the exhaust system. The front turn indicators are now replaced with round LEDs which are fitted on the side of the crash cage, while the rear indicators appear to be missing. The prices for this modification are not available, as the details will only be revealed to a potential buyer/customer.