Royal Enfield Motorcycles and customisation jobs go hand in hand. Many people love to add personal touches to the Royal Enfield motorcycle and the newly launched 650 twins are no different. The Interceptor 650 and the Continental GT, both, have been visiting shops all over the country to become unique. Bangalore based Bulleteer custom works have worked their magic and a number of these 650 twins and continue to do so. Their latest creation, based on the Interceptor 650, has been named Tandav 650. This modified motorcycle comes with a number of changes, making it look like a scrambler, ready to tack off-road trails. 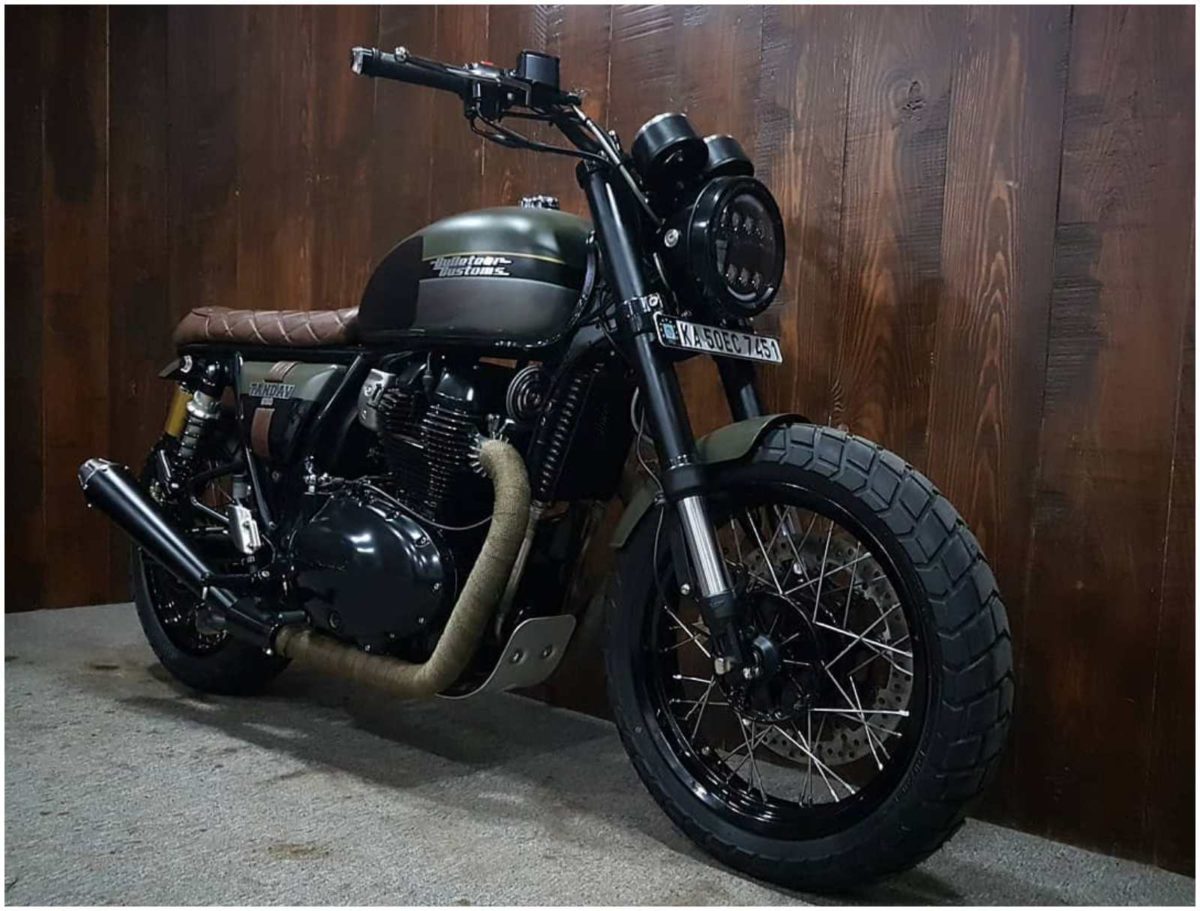 The Tandav 650 retains some retro elements, the round headlight for instance. However, backed with LED illumination, the headlight is also functional. Move your eyes lower and you would notice a new upside-down shock absorber setup, which replaces the stock telescopic fork. The rear suspension has been left untouched and the dual gas-charged springs can be seen at the rear. The front blinkers have been integrated into the handlebar, at far ends. The tail lamp at the rear also has been replaced with a custom LED unit. The engine has been blacked out along with the wheels. The wheels come wrapped in on/off-road tyres, with 120 section tyre in the front and 160 section tyre at the rear. 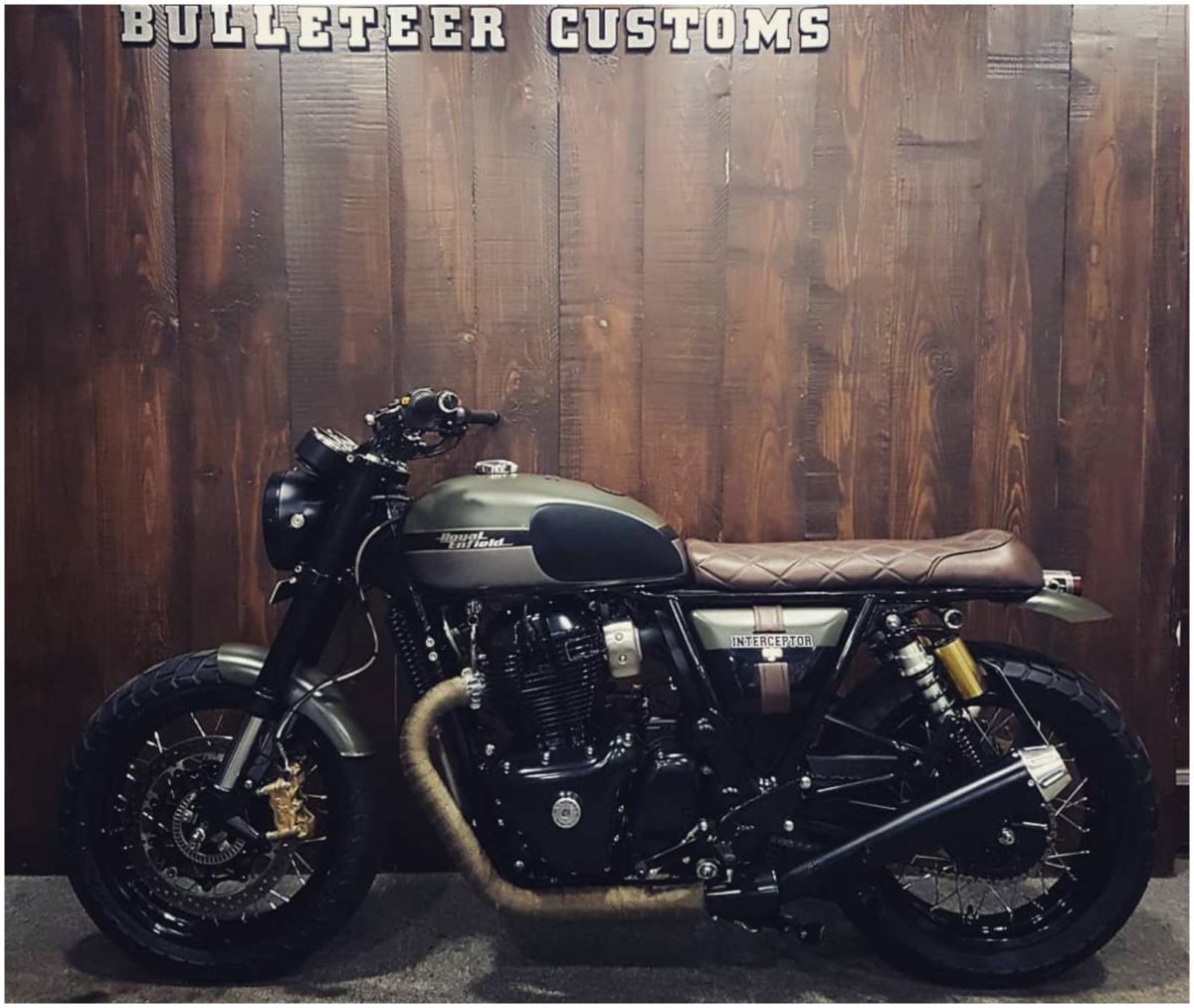 Also Read: This Bike Has The Body Of A Bobber And The Heart Of A Royal Enfield

The Tandav 650 draws power from a new 650 cc, parallel-twin motor which uses air cooling and fuel injection to generate a healthy 47 hp at 7,100 rpm and 52 Nm of torque at 4,000 rpm. However, the Tandav 650 comes with custom exhaust, which would lead to a marginal gain in power. The engine is married with a 6-speed transmission which comes with a slipper and assist clutch. It is interesting to note that the 650 twins are the first Royal Enfield models to use a six-speed transmission. Dual channel ABS too is part of the standard package, with a 320 mm front disc and a 240 mm rear disc. The Interceptor 650 retails for a price of INR 2.5 Lakh, ex-showroom. Below are some images of this wonderful modification job for you to see, do have a look.