The CJ or Civilian Jeep was created in the post World War II era by Jeep. After supplying a number of Jeeps to the army during the war, Jeep had nothing left to do with the high production numbers of the cars. The CJ-1 was created, based on the army vehicle to be sold to civilians. The CJ-1 was followed by the CJ-2, the first model to be made for civilian use from the ground up. Fast forward to the year 1955, under the leadership of a new corporate owner, Kaiser, the Jeep CJ-5 was created. This model saw a production span of 28 years and was discontinued back in 1983. Very few original CJ-5s, also known as the Kaiser, made their way to India. Over this long period of time, these Jeeps have been defeated by nature and are mostly found abandoned, rotting to death. Our reader, Vikram Dharam, brought one such model which has been restored and modified to his personal taste, do have a look. 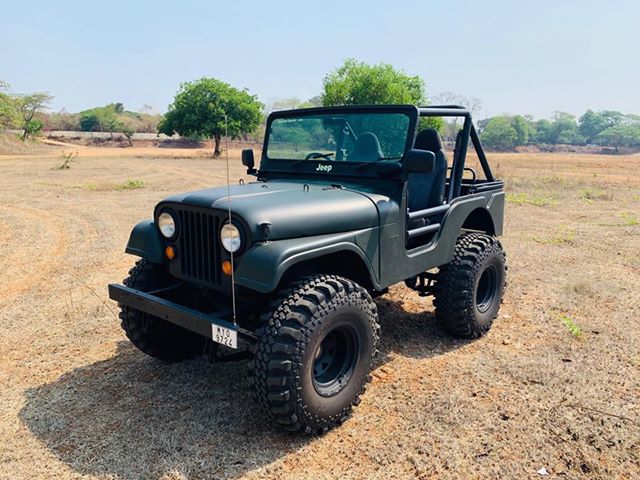 The car seen in these pictures is a 1969 model year which was brought by Vikram for a sum of INR 7 Lakh. He tells us that he brought the car from a friend and enjoyed his drive back home in this beauty. The body and suspension of this car remain stock and has been restored to its former glory. The CJ-5 came with leaf springs on solid axles at both ends and the body has been finished in this lovely matte green shade. Vikram, however, has done quite a few changes to other aspects of the vehicle which are mentioned further ahead. 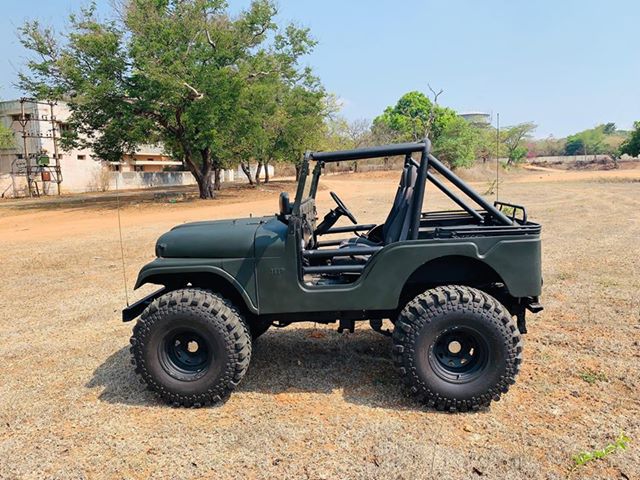 Also Read: Modified Toyota Fortuner is Aggressive on the Outside, Polite on the Inside

The first noticeable change is the ridiculously large tyres, which are wrapped around 15-inch rims and measure 38-inches in diameter and ready to tackle slushy situations. Other custom bits on the car include custom side-steps, seats, new bumpers and a new roll cage. Coming to the oily bits, the original drivetrain has been replaced with a modern, newer drivetrain from the Toyota Qualis. The petrol motor on the Qualis had a displacement of 2-litres making 90 hp and 150 Nm. This power is sent to the rear wheels via a 5-speed gearbox from the Toyota. Here are some images of this rare motor vehicle for you to see.