Vauxhall and Opel will reveal their vision of the future sports car with the GT Concept at this year’s Geneva International Motorshow (March 3-13). The new GT Concept sits on a front-mid-engined, rear-wheel drive chassis, while its styling pays homage to the 1966 Vauxhall XVR and the 1965 Opel Experimental GT concept vehicles. Its name mirrors that of the GT Concept from 1964. 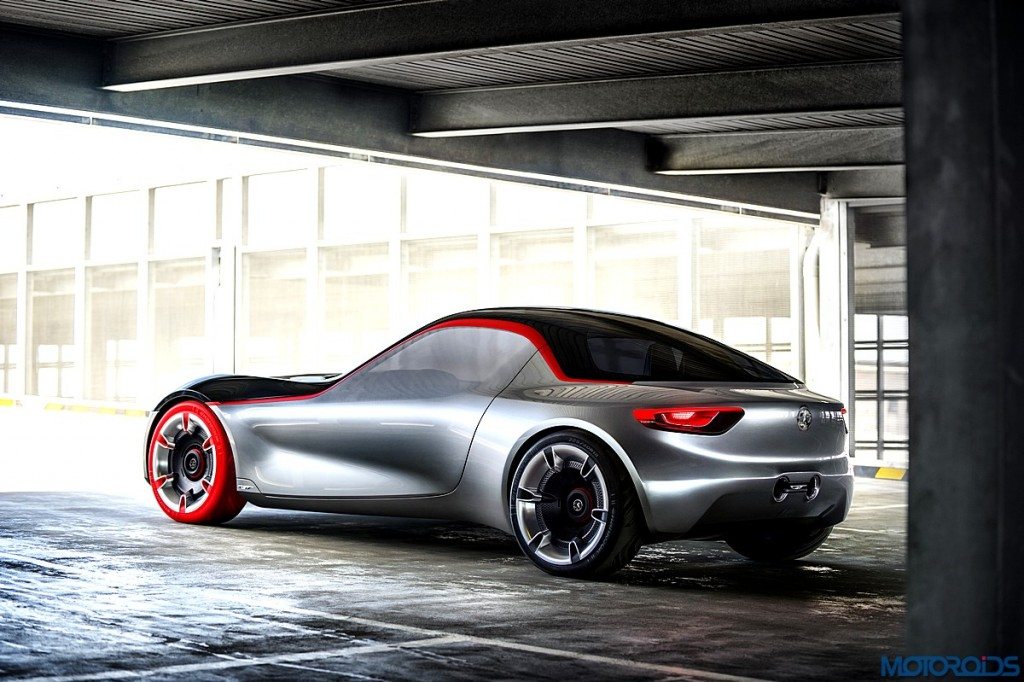 Styling highlights of the GT Concept are its large doors with integrated side windows that show a seamless transition from glass to painted surfaces. Both driver and front passenger gain access to the interior after pressing a touchpad for the electric doors that is integrated in the red signature line of the roof. The doors open into the front arches, using a space-saving and patented mounting that allows a large opening angle for tight parking spaces in urban areas. 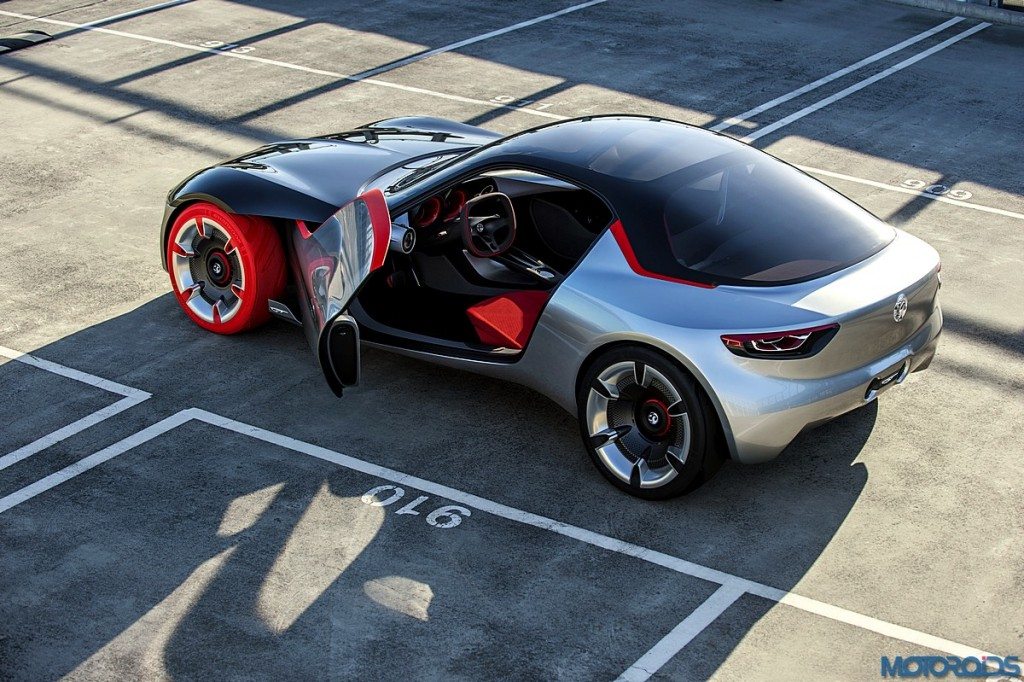 Two cameras mounted behind the wheel arches offer enhanced visibility, especially in city driving. They transmit their images to two monitors on the left- and right-hand side of the cabin. The windscreen flows into a glass panorama roof, affording occupants a similar experience to that of a Targa-topped car. 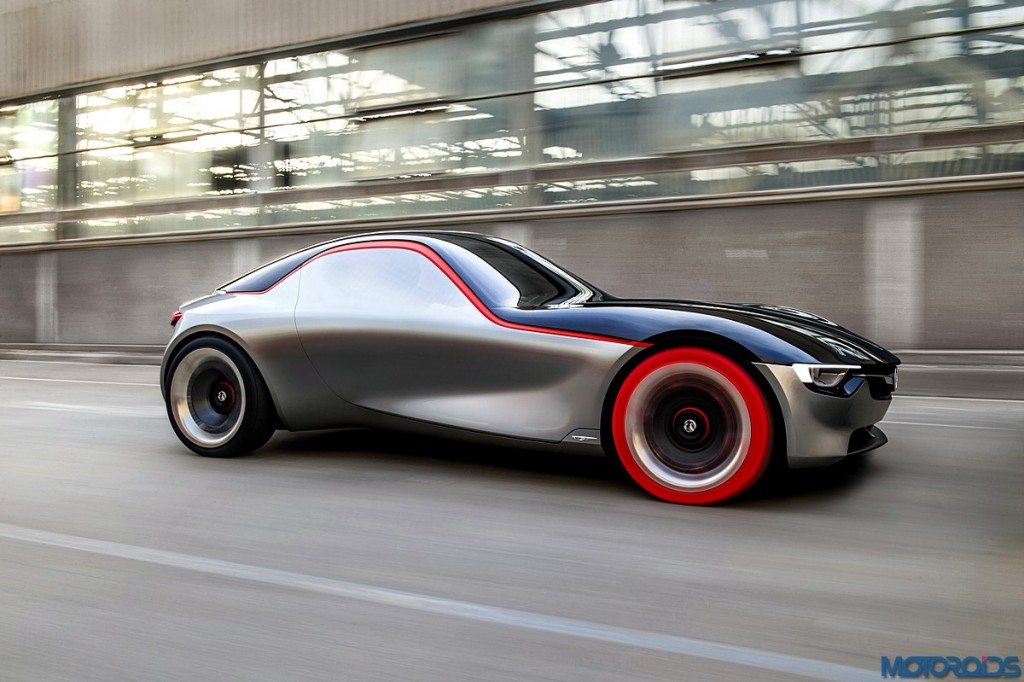 The GT Concept is a powered by a 1.0-litre, three-cylinder turbocharged engine, based on the all-aluminium unit used in the ADAM, Corsa and Astra. Developing 145PS and maximum torque of 205Nm, the engine delivers drive to the rear wheels, via a six-speed sequential transmission operated by steering-wheel-mounted paddle shift. Weighing under 1000kgs, the GT Concept accelerates from 0-62mph in less than eight seconds and on to a maximum speed of 134mph. 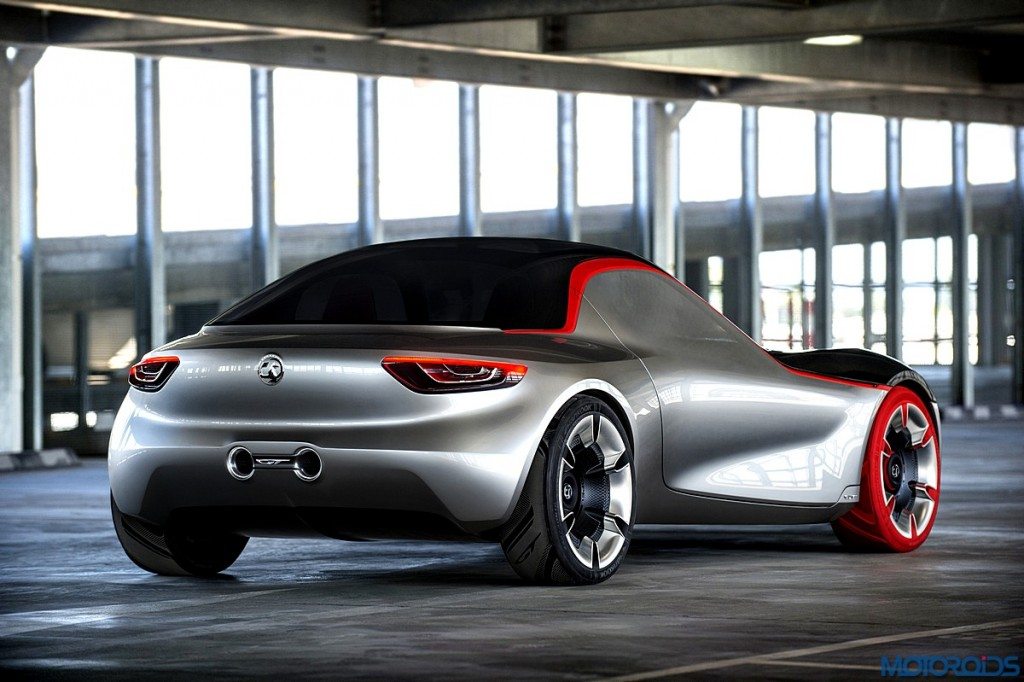 Another unique feature of the GT Concept is its integrated headlamp/indicator units. Using projection technology, the lights have a three-dimensional beam which allows glare-free high-beam driving. Based on Vauxhall/Opel’s IntelliLux LED matrix lighting, first seen in the recently launched Astra, the GT Concept sees the lighting system’s next stage of development. The design of the lights is completed by the three-dimensional design of the tail lamps.