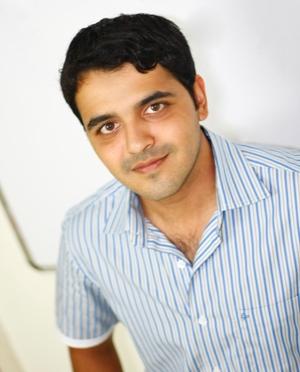 You did proper research before buying your bike, didn’t you? You visited different dealerships. You collected all the brochures and quotations. You even bought the latest auto-mag and compared the fuel efficiency figures, power figures, and a dozen other figures until they started swimming in your head. Finally, you made the big decision. You couldn’t have been more thorough, right? Wrong! There are a lot of things that dry numbers don’t tell you. I call them the unquantifiables. These are the things that you actually feel while riding a bike.

Refinement, the most important of the unquantifiables, is a trademark of a good bike. However, refinement is usually confused with noise suppression. Sometimes even a reasonably silent engine feels gruff, while a gloriously vocal engine feels butter smooth, the 09 R1’s for example. Also more than the ‘bhp’ its the drivability that matters more. Peak power output can be exploited only on the racetrack or on open highways. For tackling city traffic you need good low-end grunt, while for speedy city jaunts you need a strong mid-range punch.

A good exhaust note goes a long way into enhancing riding pleasure. And good doesn’t mean just loud. Those glorious sounding expansion chambers on race prepped two strokes however, are an exception. Precise fuelling still remains an art form. Bikes which go on and off the throttle jerk free are very few and far between. Especially in India most of our bikes are extremely jerky while going on and off the throttle as they are tuned for extreme fuel efficiency.

Riding a bike is such a tactile experience, which is precisely what makes it such good fun. The controls of a bike are the connection between the rider and the machine. Having light, progressive and smooth controls can do wonders to riding pleasure. I love the bikes that come alive when you have hardly pressed the starter. While those that emit a sickening crack while cranking make my heart skip a beat. Then there’s the throttle feel. A well weighted, smooth accelerator with minimum friction between the grip-sleeve and the handlebar underneath is a pleasure to wring. The snick-snick of a precise gearbox is so satisfying. A gearbox which throws up false neutrals is not only irritating but also dangerous at times. Imagine changing down mid-corner and finding a false neutral. A clutch with a progressive bite and feel gives you precise control over the rear wheel. A bike with a hair-trigger clutch and an iffy gearbox will be out-dragged by a slower bike 8 out of 10 times.

Ergonomics of a bike are crucial to making your ride comfortably and fatigue free. Different riders might find different bikes to be suitable to them depending on their anatomy and riding style. A bike with functional knee recesses gives it that ‘big-bike’ feel. Some bikes have such poorly designed knee recesses that, when you place your feet on the pegs your knees are raised to a couple of inches above the tank which makes the bike feel smaller than it is. The seat padding should be just right, neither too hard nor too soft. I was amazed by the 1000 RR’s seat which inspite of being hardly an inch thick was surprisingly comfortable.

The frame should be flex free, only then will it transmit the feedback from the surface underneath the tyres. If you want to find out how much of deterrent chassis flex can be, ride a delta box framed R15 and any steel tubing framed 100cc commuter back to back and you will get my point. The damping calibration is also extremely difficult to get right. The perfect damping is one in which is tight enough so that the forks compress & decompress only once without any subsequent wallowing and yet is forgiving enough to allow maximum suspension travel on hitting a bump. The brake feel is also equally important there should be no sponginess in the lever and the lever should feel significantly tighter from the point where brakes start clamping the rotors.

Then there are the small things like the opening and closing click-clack of aluminum foot pegs which tells you that the bike was properly made.

Difficult to explain though these things might seem, there is just one word that explains them all. It is called finesse. Sadly even the best of road tests won’t cover most of these things. But not to worry there’s a simple way to gauge the unquantifiables. It is to take your prospective bike for a long enough test ride and feel it for yourself. There will be a bike that will feel just right. It’s almost like finding a soul-mate.