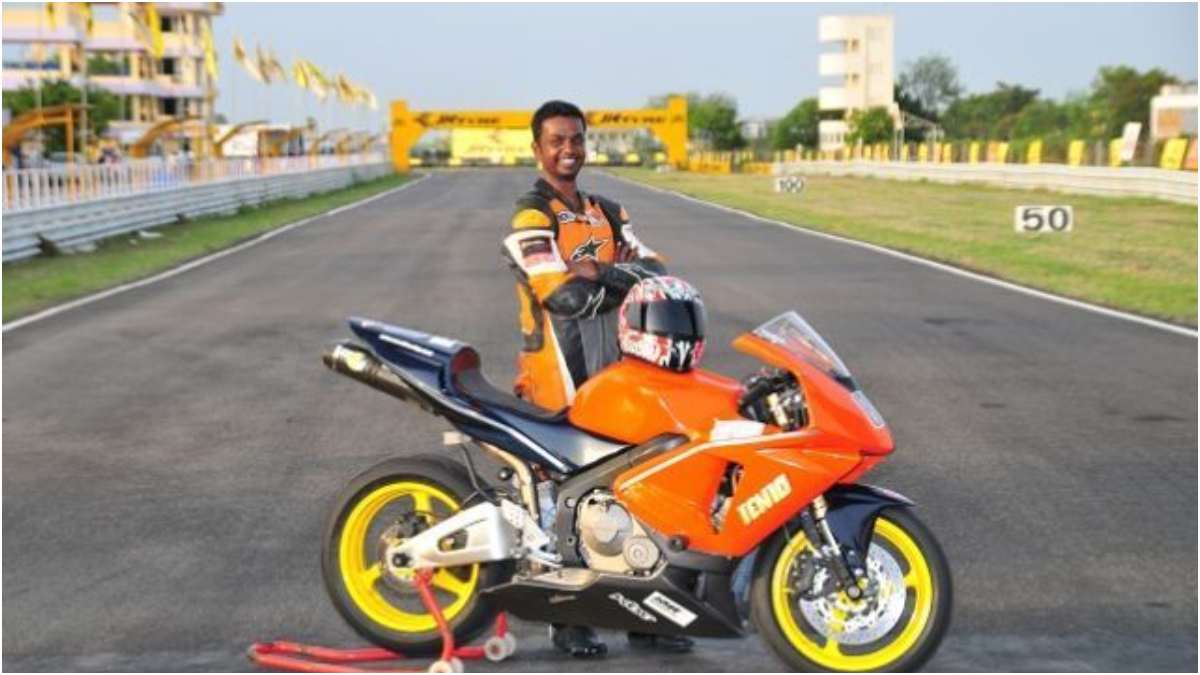 Inspite of having 45 race wins at the national level to his credit, Emmanuel Jebaraj is hungry for more and intends to go all cylinders blazing! 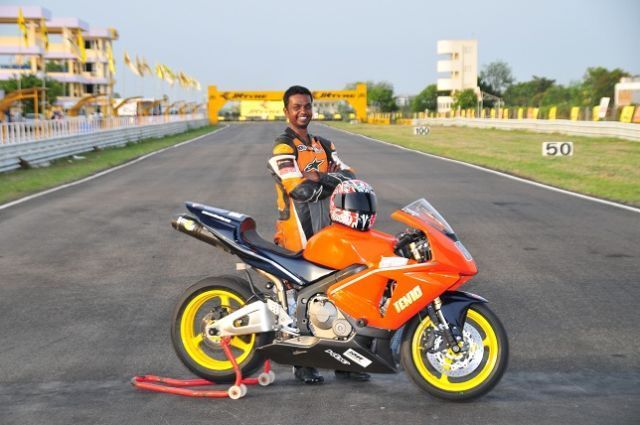 Like any other kid born in our country, the first sport that Emmanuel Jebaraj got acquainted with was cricket. But, unlike every other kid of his time, Jebaraj had the privilege of witnessing lots of races during the Sholavaram heydays. His early teenage years were spent getting re-acquainted with a bat and ball. At 16 years of age, he found his true calling again when Saravana (Yamboys Tuner fame) took him to his first track-day. Since that day he bid adieu to cricket and there was no looking back.

Going through the list of trophies in his kitty, I realized that achieving the word count for this biker personality would be child’s play. For the record and the statistic mongers, Emmanuel Jebaraj has notched up around 45 race wins in his ongoing racing career. He has occupied the first runner-up slot around 66 times and achieved third place on the podium around 39 times till now. Phew! There are still more trophies to be claimed considering that that he is only 28 years of age.

Jebaraj has also won the 43rd and 44th All India Race Meet in 2000 and 2001 in the Group D category (110cc 2stroke unmodified). His racing career got a boost in 2002 when Team TVS Racing took him onboard as a factory rider. In 2005 he switched over Team RR Racing. Currently he races for TEN10 Racing Team and has a long-term commitment to them. 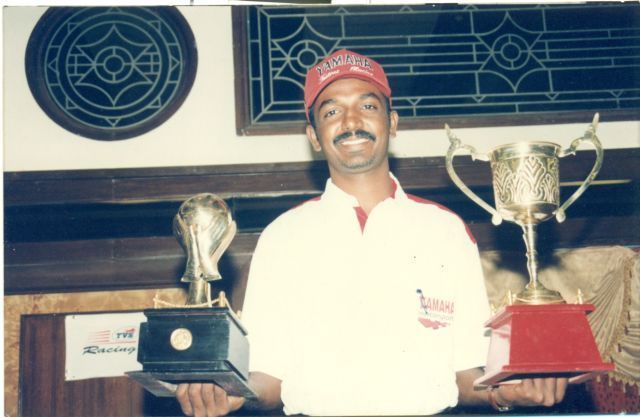 It hasn’t been easy for Jebaraj to ensure an easy inflow of finances to fulfill his racing dreams. He is thankful to the sponsors who have helped him specially Livelife (Venkat) who have been supporting him since long back. He also chips in with his earnings to fill up any arising financial void that might threaten his racing career. Apart from racing motorcycles, he also works as a Deputy manger with Wipro to support himself and his dream. His family has always supported him in his racing endeavors, especially during touch times.

Jebaraj considers Mad Max (Max Biaggi) and Michal Schumacher as his racing idols. A racing dream that he wishes to realize, is to race at the Isle of Man TT someday. He is positive about the capabilities of the current crop of National level racers and is sure about the possibility of an Indian racing in MotoGP within the next 5-6 years. He admits that the FIM races taking place in the country is a big step forward though availability of proper training facilities for youngsters will be a shot in the arm.

On track, he considers Preetham Dev Moses, K Rajini and Dilip Roger as his toughest competitors. When quizzed about where he places himself among the current racers, he humbly replies: in the top 5-6. When it comes to motorcycle racing achievements at the national level Jebaraj can easily hold his own ground. But, he hasn’t hung up his racing boots and doesn’t intend to do so in the near future. He is hungry for more. We wish him luck and won’t be surprised if his number of race wins consistently soars higher.