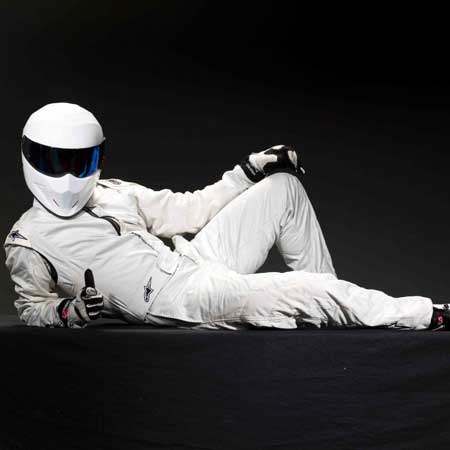 Not The Stig actually, but Ben Collins has been fired from BBC Worldwide;  The Stig will be back in action holding someone new beneath its sparkly white suit and the helmet. According to reports on the Daily Mirror, BBC became very grumpy and were totally thrown off the course lately, with all the huss and fuss revolving around Collins and decided to let him go. Now finally, Ben Collins can go cry in a corner and finish his autobiographical book.
A new bloke reportedly, has already stepped into the shoes of The Stig. Infact, the Mirror claims to have the pics of the new Stig at a Nurburgring track event, draped in the signature white suit and a helmet. And how are they so confident, that its not Collins in the snaps? Well they had another photographer near Ben Collin’s house who saw Collins playing with his kids at the same time. Obviously, there is now way to telling who the new Stig is already; but we rely heavily on the British media, to scoop out some dope very soon.
News
,
Comments
Leave a Reply Cancel reply