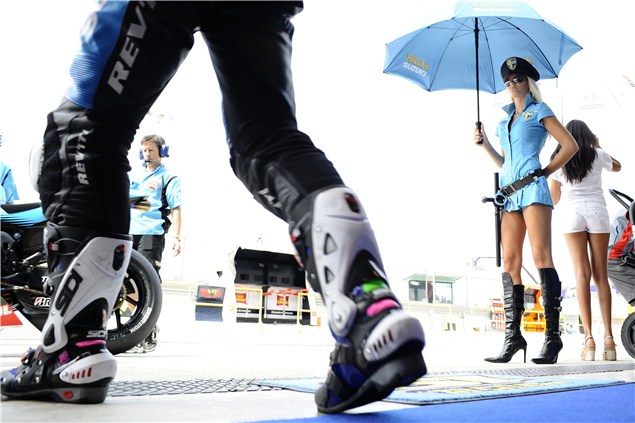 The provisional calendar for the 2012 MotoGP has been announced by Dorna, the organizers of MotoGP. Three dates in the calendar however have to be confirmed. But, this seems to be very unlikely to happen. The German GP at Sachsenring is a favorite for fans and riders. However, it may not make it into the calendar this time due to losses. To make matters even more worse, Dorna has doubled their fees from €2m to€4m for 2012.

There will be four rounds in Spain, two in Italy and two consecutive rounds in the USA. The Japanese round at Motegi will remain in its October slot after being postponed from earlier dates twice in two years. The new order has made traveling for the teams easier especially from Malaysia to Australia.

April 29 – Spain, Jerez (as yet unconfirmed)

May 6 – Portugal Estoril (as yet unconfirmed)

July 8 – Germany, Sachsenring (as yet unconfirmed)