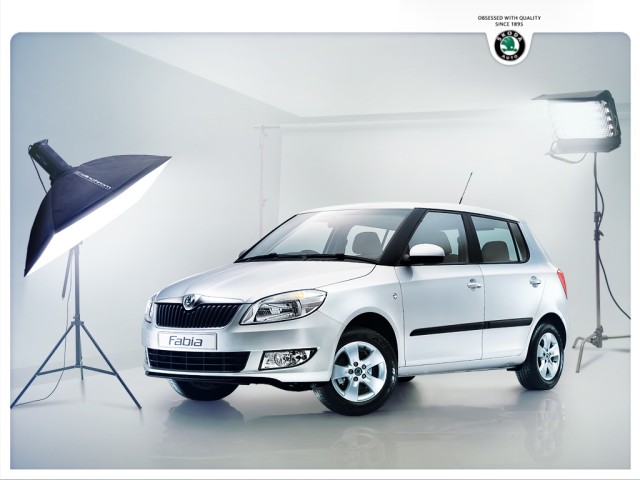 Most automakers are now-a-days busy modifying their fleet of cars and variants in order to compensate for the rising fuel prices and automotive loan interests; to keep customers interested. With the stealth mode on, Skoda India has launched new variants to its Fabia range. The number of Fabia variants weren’t less and now after the addition; it makes a total of twelve variants. However, the new variants are void of new features and are placed at the bottom of the list.

The Fabia Active replaces the Fabia Classic in both petrol as well as diesel and starts the list of the Fabia range. The driver side airbag which was there in the Classic is now deleted from the Active variant. This cuts down the price by three thousand rupees making it cost Rs 4.44 lakh as compared to Rs 4.47 lakh which is the price for the Classic. The Fabia Active diesel is priced at Rs 5.53 lakh. The Fabia Ambition too does not include airbags and comes at a price tag of Rs 6 lakh where as the Skoda Ambient diesel was Rs 8000 costlier. The Fabia Elegance petrol 1.2 L and 1.6 L cost Rs 5.48 lakh and Rs 6.16 lakh respectively.

The top end variant Fabia Elegance has become costlier by ten thousand rupees though, with the addition of rear wiper-washer and 15’ alloy wheels. Along with a few minor extras, two more variants called Active Plus and Ambition Plus have made its way into the Fabia variant chart. One of the additions in these cars is the four power windows.

The Fabia included driver side Airbag as standard and ABS on two out of three variants. Now, these features will be available only in the top-end Elegance model. Check the Fabia website for more details.