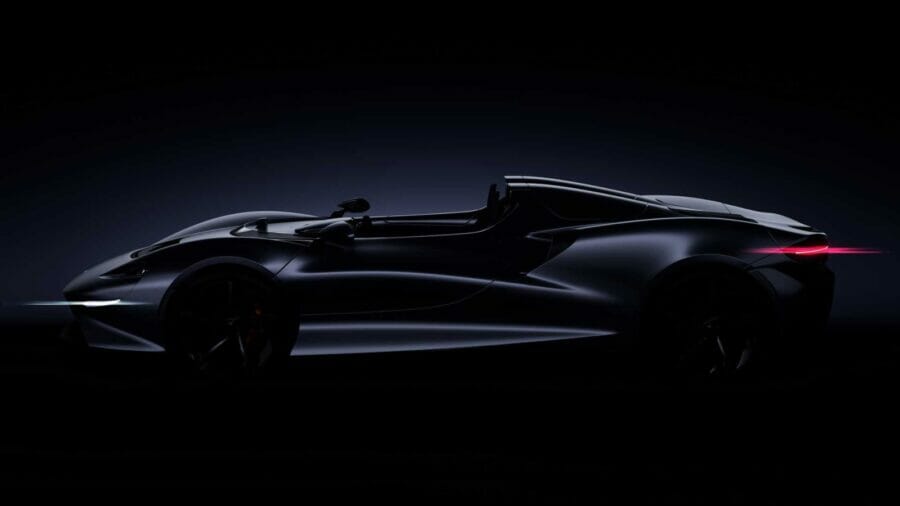 The maker of some of the most sought after sports cars in the world today, English brand McLaren has announced a new member Ultimate Series of cars, teasing us with the silhouette of the new model, dubbed the Speedster. This new car will slot between the track focussed Senna and the upcoming 3-seater Speedtail. Featuring the tiniest windscreen to go on any McLaren ever, the Speedster is supposed to be the most fun to drive McLaren car. Also claimed to be the lightest McLaren, only 399 units will be produced all over the world. The coveted British car company is currently taking pre-orders at the ongoing Monterey Car Week, where pretty much all the allocations would be taken up. 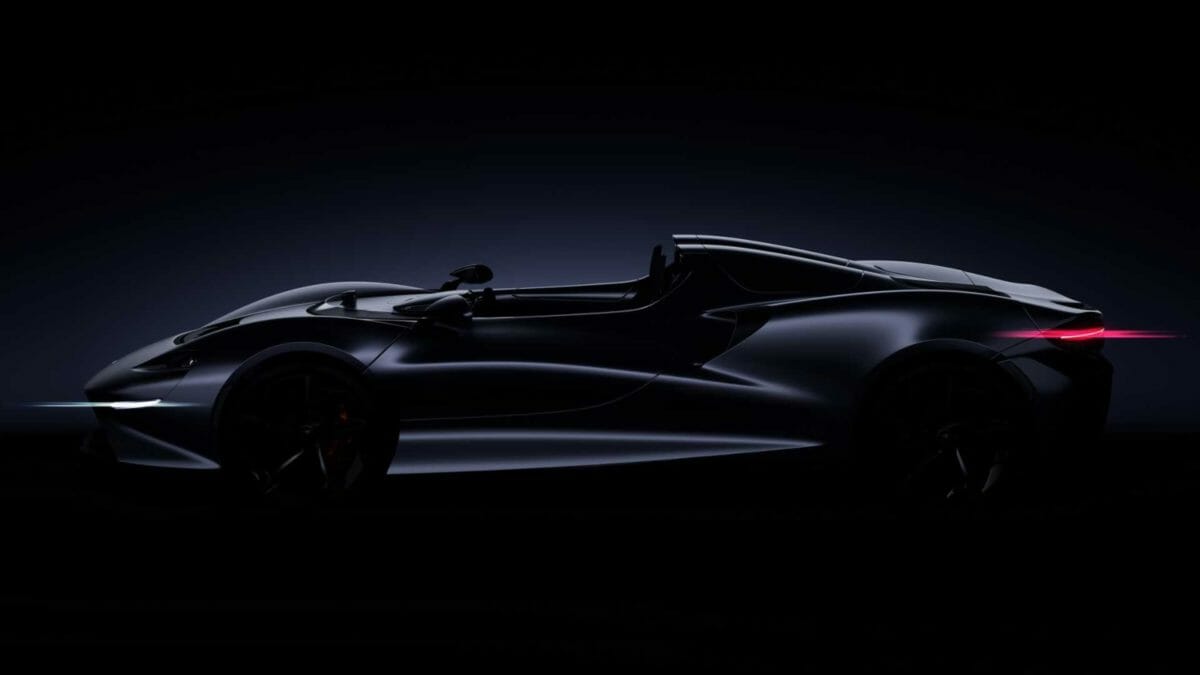 Talking about the design, the Speedster seems to be based on the function follows form principle. Every surface, every crease seems to be present on the car for a reason, guiding airflow all around the car. McLaren has also confirmed that this new model will feature their trademark butterfly doors, despite it not having a roof for anchorage. Moreover, rather high nacelles are placed behind the passenger compartment, which would come handy in case of a rollover, protecting the occupants in case of a rollover. The outside rearview mirrors are placed a bit higher, allowing the driver to get a quick glimpse at the rear before accelerating ahead.

With the lack of a windscreen, passengers would be subjected to quite some force of the wind, especially at higher speeds. However, knowing McLaren and its trick aerodynamic philosophy, combined with the scoop on the bonnet upfront, it seems that McLaren has taken care of the windblast, without the need of a larger windscreen. Coming to the power plant of this car, the Speedster will be powered by the same 4-litre twin-turbo V8 motor seen in many other McLaren cars in different sets of tune. For instance, this motor produces 800 PS of peak power and 800 Nm of twist, which is sent to the rear wheels via a 7-speed dual-clutch gearbox. We shall soon see what kind of numbers the Speedster will produce, stay tuned.