Home Fiat The latest Abarth 595 is a pocketful of lusciousness 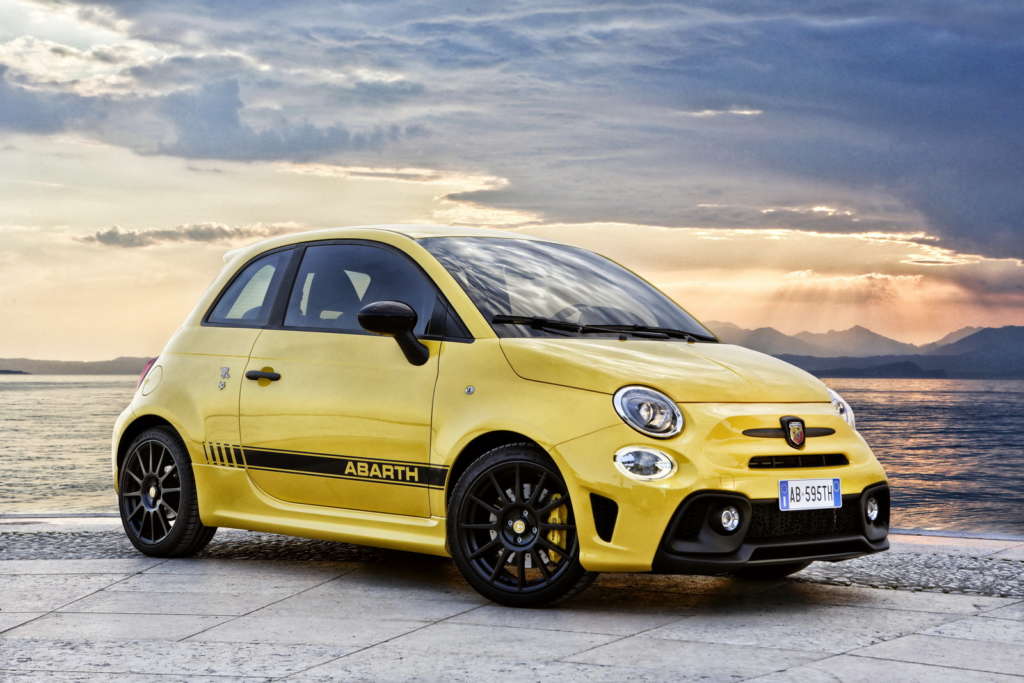 The new Abarth 595 hot-hatches are here, and they look positiviley luscious. The updated 595 range, like before, consists of three variants – the standard 595, the 595 Turismo and 595 Competizione, which produce 143 hp, 163 hp and 177 hp respectively from their turbocharged 1.4-litre petrol engines. Mechanically, the update adds 5 more horses to the standard and the Trurismo variants’s outputs, while the Competizione makes do with an optional LSD (limited slip differential). 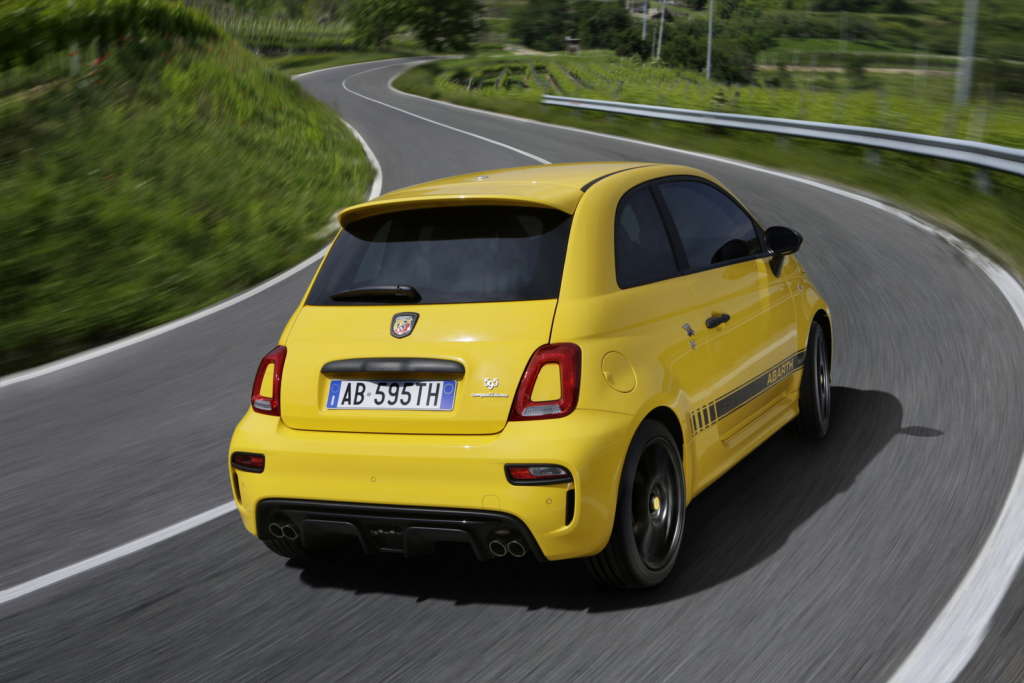 Which means that the standard 595 can now can sprint from zero to 100 kph in 7.8 seconds with the Turismo completing the same feat in 7.3 seconds. The fastest of the lot, the Competizione will do the same sprint in 6.7 seconds, and top out at 225 kmh. All versions will come with a 5-speed manual transmission as standard, while the lazy AMT continues to be offered as an option. While the Turismo variants get Koni rear shocks as standard, the Competizione does with all four of them, apart from new Brembo 305 mm brakes discs at the front bitten by four-piston calipers. 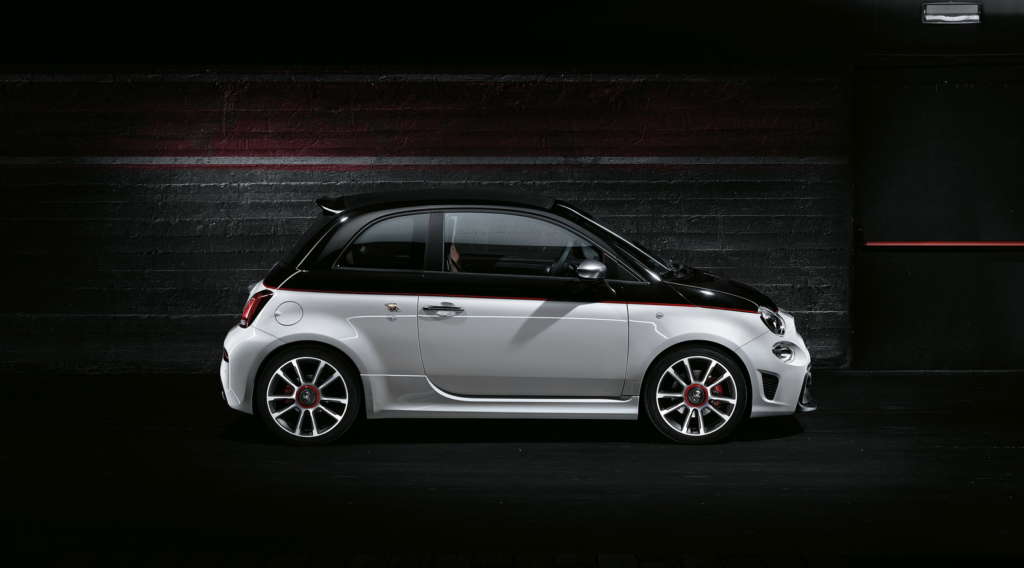 Aesthetically, the new Abarth 595 models receive mildly updated bumper-work with bigger air intakes that increase cooling capacity by 18 per cent. Other visual updates include a new color palette with 15 paint finishes, including pastel, metallic and three-layer paints and five two-tone liveries. Also new are a  set of 17-inch alloy wheels that are 7 per cent lighter and have over 50 per cent more ventilating surface. 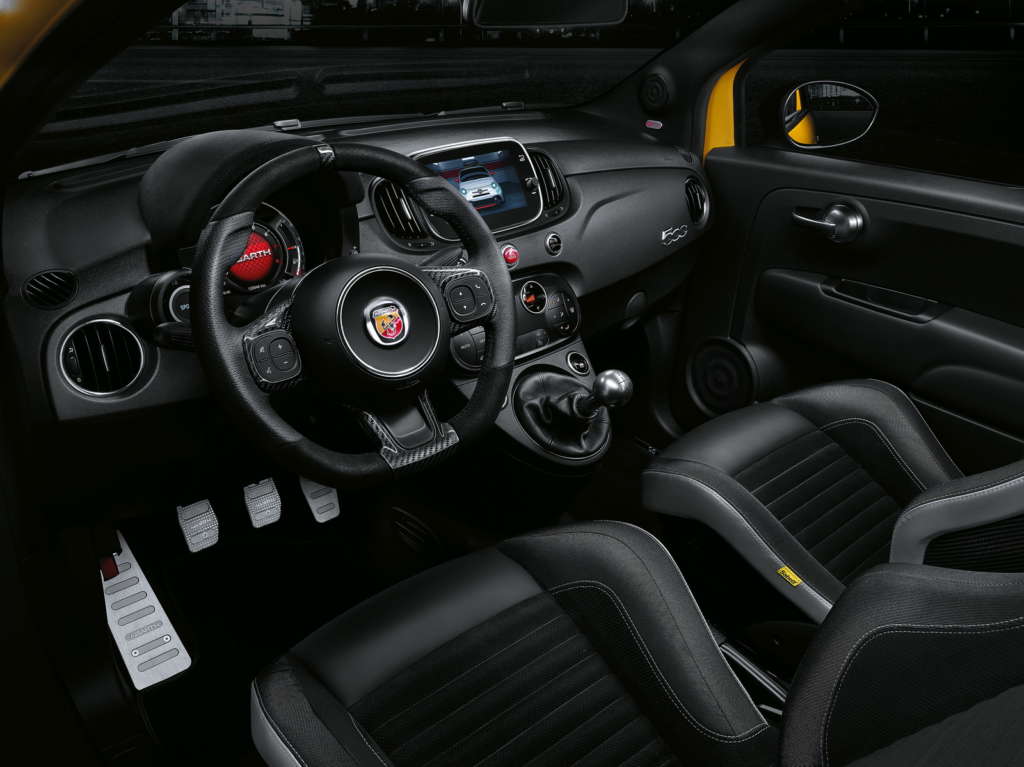 Inside, the updated 595 range feature new Alcantara and carbon bits in the cabin. While the standard 595 cane be had with fabric upholstered seats, the Turismo variant adds leather upholstery in three different colors. The hardcore Competizione continue with the race-car inspired, body hugging Sabelt bucket seats. There’s also the new Uconnect infotainment system which is offered with a five-inch display as standard and a higher-resolution seven-inch one as an option.