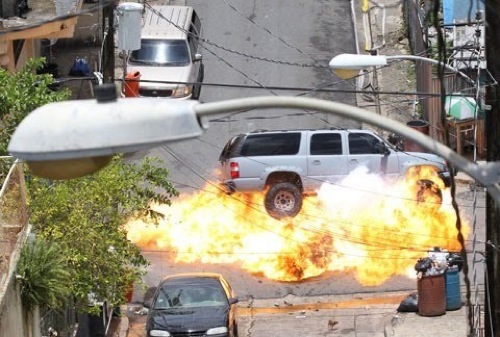 The fifth installment of The Fast and The Furious saga titled, Fast 5 which is scheduled for a world wide release on June 10, 2011 has began shooting in Brazil. And by the looks of it, it seems to be yet another action packed automotive thrill ride.

Featuring in the Fast 5, is the very popular ‘The Rock’ a.k.a Dwayne Johnson, Tyrese Gibson who featured in 2 Fast 2 Furious, Sung Kang who played Han in Tokyo Drift, Don Omar and Tego Claderon from the first movie in the series and of course, the popular faces of Vin Diesel, Paul Walker, Jordana Brewster and Matt Schulze.

From the automotive angle, the only returning member of the cast is Vin Diesel’s (Dominic Toretto) Black 1970 Dodge Charger. The car has gone from a nice gloss black with chrome wheels in films 1 and 4, to a fully murdered out machine adorned in matte black paint with blacked out wheels.

Check out more pics on the next page…