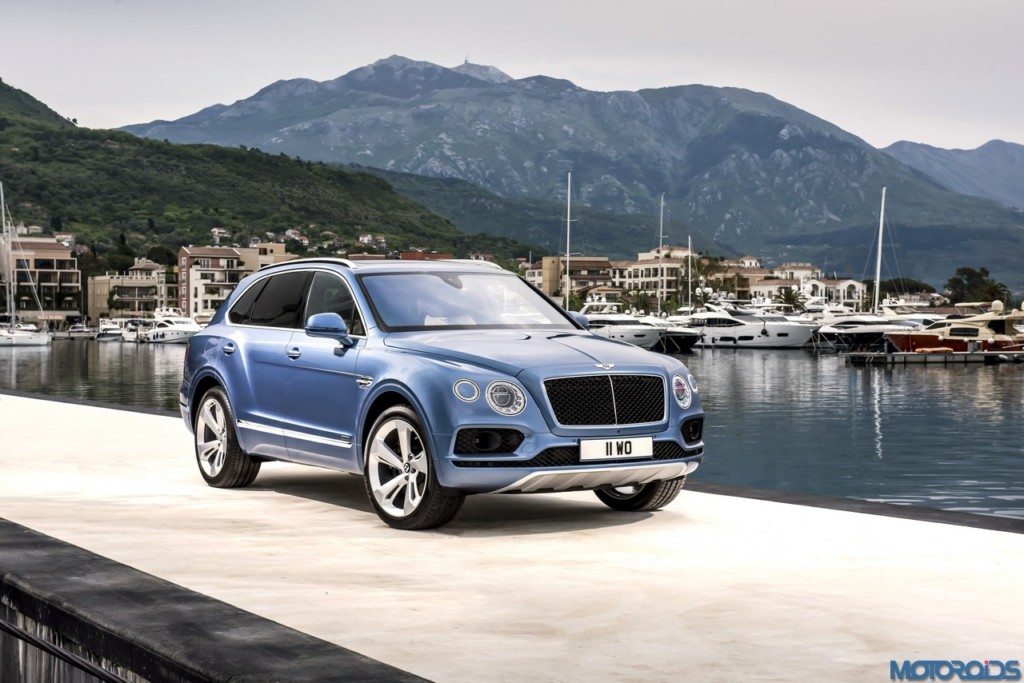 Bentley Motors today announced full details of the first diesel model in the British brand’s history – the Bentayga Diesel. At the heart of the world’s fastest and most powerful luxury diesel SUV is an all-new, triple-charged, 4.0-litre, 32-valve V8 engine. Developing 429 bhp and 900 Nm of torque, the Bentayga Diesel hits a top speed of 270 km/h and can accelerate from 0-100 km/h in 4.8 seconds.

Also read – 2017 Bentley Bentayga revealed; to be the fastest SUV in the world

The 4.0-litre V8 diesel engine, mated to a ZF eight-speed automatic transmission, employs variable-geometry, sequential twin-scroll turbochargers powered by the exhaust gases, while a third electric supercharger – powered by Bentley’s 48V system – spools up within 30 microseconds to eliminate turbo lag. For added refinement, the bespoke exhaust system has been acoustically engineered to be as quiet and refined as possible. 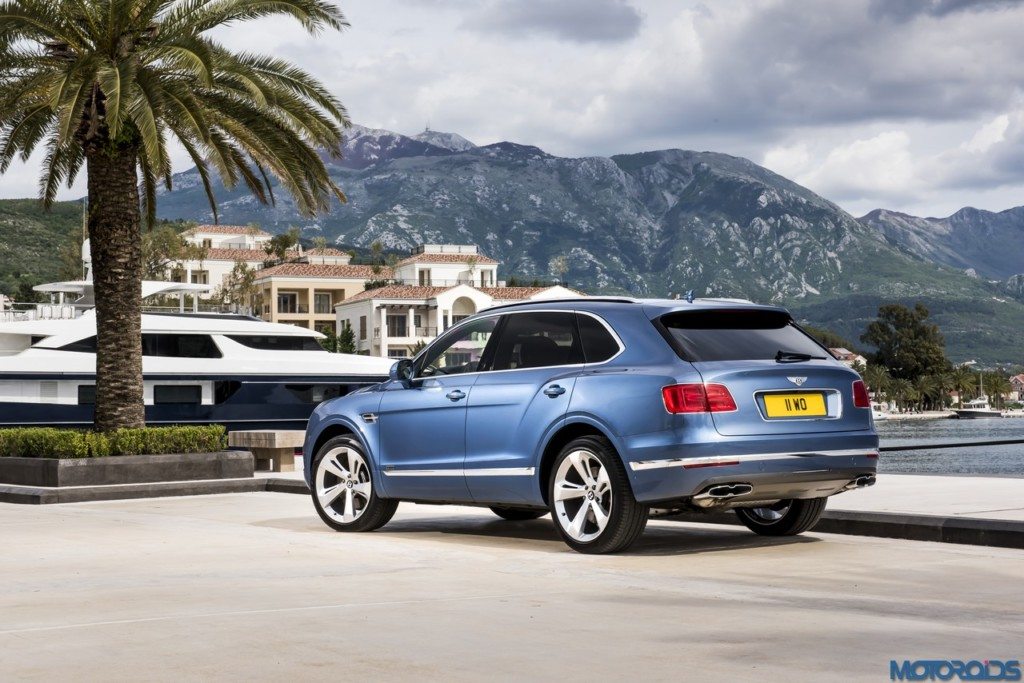 The Bentayga Diesel benefits from a number of unique styling additions like a V8 Diesel badge embedded on the lower front door edge, a new ‘twin-quad’ exhaust tailpipe design, a black matrix grille with chrome surround and central bar, along with optional Mulliner Driving Specification 21” wheels – available in a silver or grey painted finish (the latter with machined accents to the spoke and rim) – while 20” ten-spoke alloy wheels are offered as standard.

Also read – The fastest and most powerful SUV on earth; the Bentley Bentayga launched in India at INR 3.58 Crores

The Bentayga Diesel’s cockpit continues to be as opulent as its W12 powered avatar, which means it is trimmed with 15 pieces of veneered wood and a sprinkling of metal elements. The hand-selected veneers include a new Liquid Amber finish introduced with Bentayga Diesel. As with all Bentleys, the Bentayga Diesel can be had with customizations courtesy Mulliner, Bentley’s bespoke coachbuilding department. 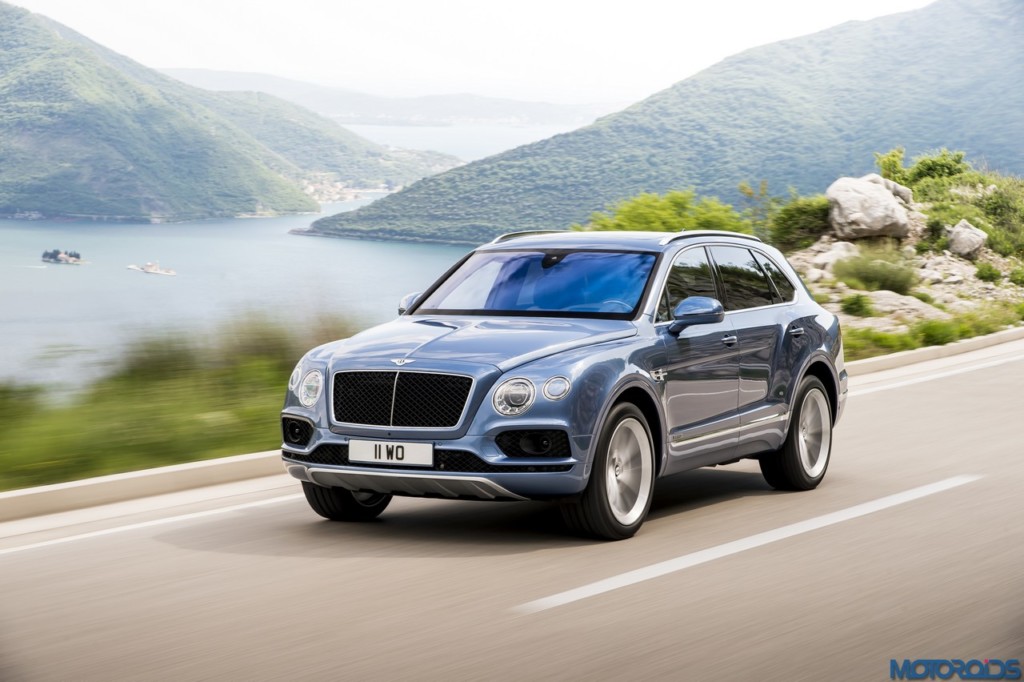 The Bentayga is available with an Mulliner Hamper Set, complete with refrigerator, bespoke fine Linley china cutlery, crockery and crystal glass, and storage area for dry goods. For the outdoors, sections of the hamper can be removed and used as seats. The Bentayga Diesel can also be specified with the bespoke mechanical Mulliner Tourbillon by Breitling clock, machined in solid gold (customers can select from either rose or white gold), with a choice of either a mother-of-pearl or black ebony face and decorated with eight diamond indexes.

The Bentayga Diesel can also be had with Bentley Dynamic Ride – the world’s first electric active roll control technology that utilises an 48V system, while its other electro-mechanical highlights include an Electric Power-Assisted Steering (EPAS), Electronic Stability Control (ESC, multi-mode Traction Control (TCS), Hill Descent Control. As with all Bentleys, the Bentayga Diesel comes with multi-mode air suspension. The driver has four different modes to choose from: High 2, High 1, Normal and Low. 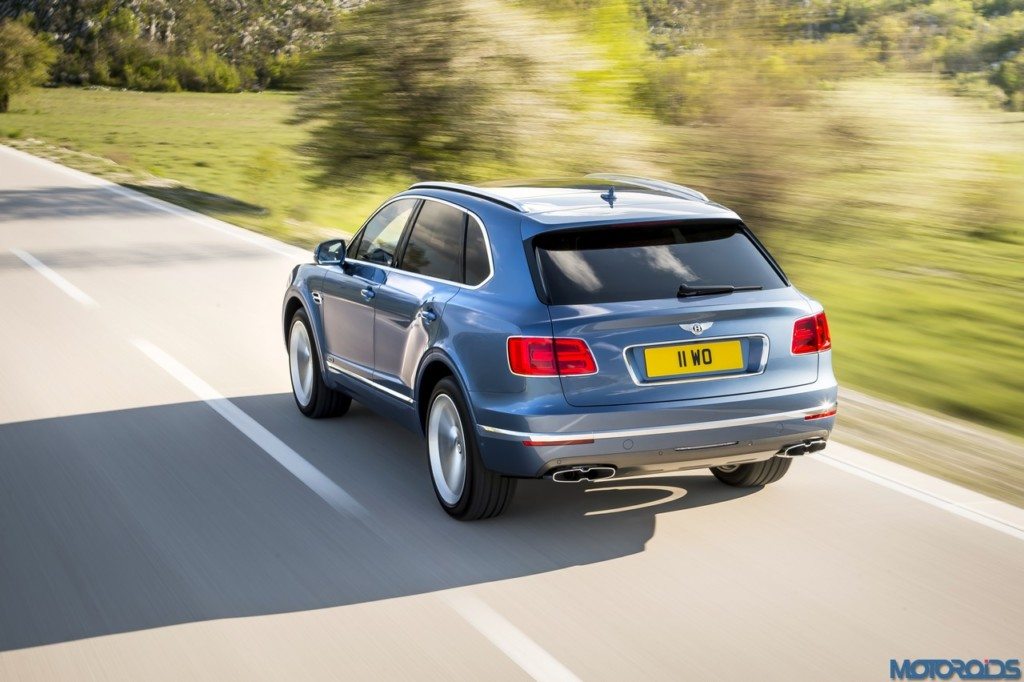 The Bentayga Diesel also claims to offer the widest range of on- and off-road drive settings of any vehicle via Bentley’s Drive Dynamics Mode and optional Responsive Off-Road Settings. Up to eight modes are available. Responsive Off-Road Settings allows the customer to select the appropriate vehicle settings for a wide range of off-road surfaces, while the Driver Information Panel displays information on pitch, roll, wheel articulation, steering angle, compass bearing and altitude. 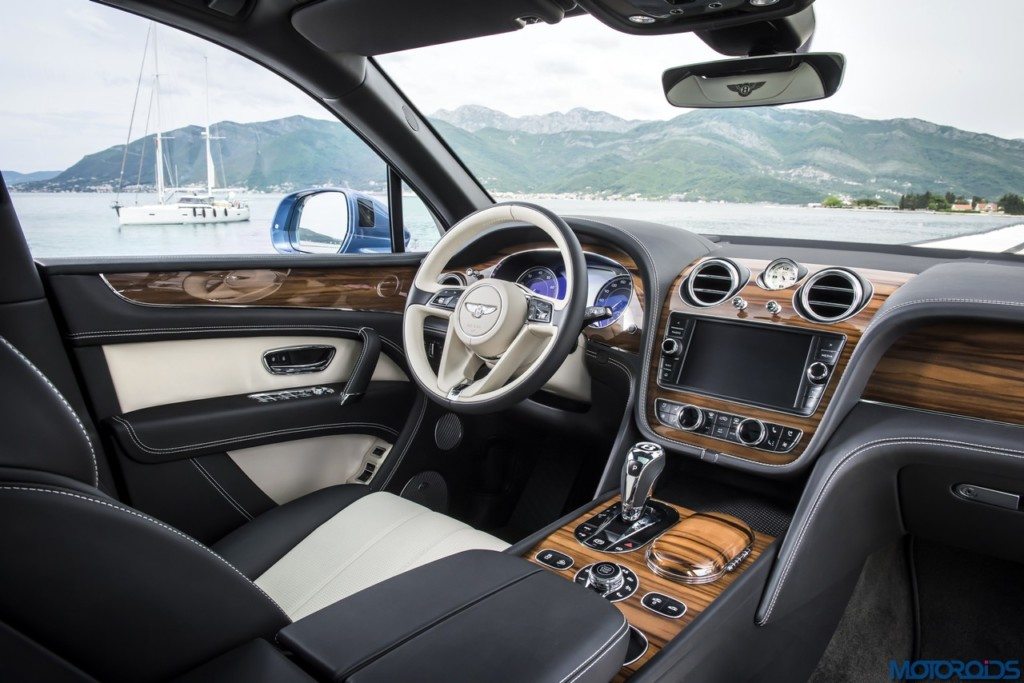 As for technology, the Bentayga’s eight-inch touch screen infotainment system boasts of navigation, a 60GB hard drive, a choice of up to 30 languages. Rear seat passengers benefit from the introduction of the Bentley Entertainment Tablet – a removable 10.2” Android device with 4G, WiFi and Bluetooth for effortless, high-speed on-board connectivity. Customers can choose between three different sound systems for the Bentayga Diesel: Bentley Standard Audio, Bentley Signature Audio and Naim for Bentley Premium Audio. The latter is claimed to be the most powerful system in the segment, with 1,950 watts, a network of 18 speakers and super-tweeters.

Customer deliveries will begin in Europe early next year, with entry into Russia, South Africa, Australia, New Zealand and Taiwan planned across the rest of 2017. Wolfgang Dürheimer, chairman and chief executive of Bentley Motors, said: “The Bentayga Diesel represents a moment of immense significance in Bentley’s history, by giving the world its fastest luxury diesel SUV. Immense power, grand touring capabilities and superb refinement – this is a true Bentley. Only Bentley could produce a car so powerful, yet so refined.”