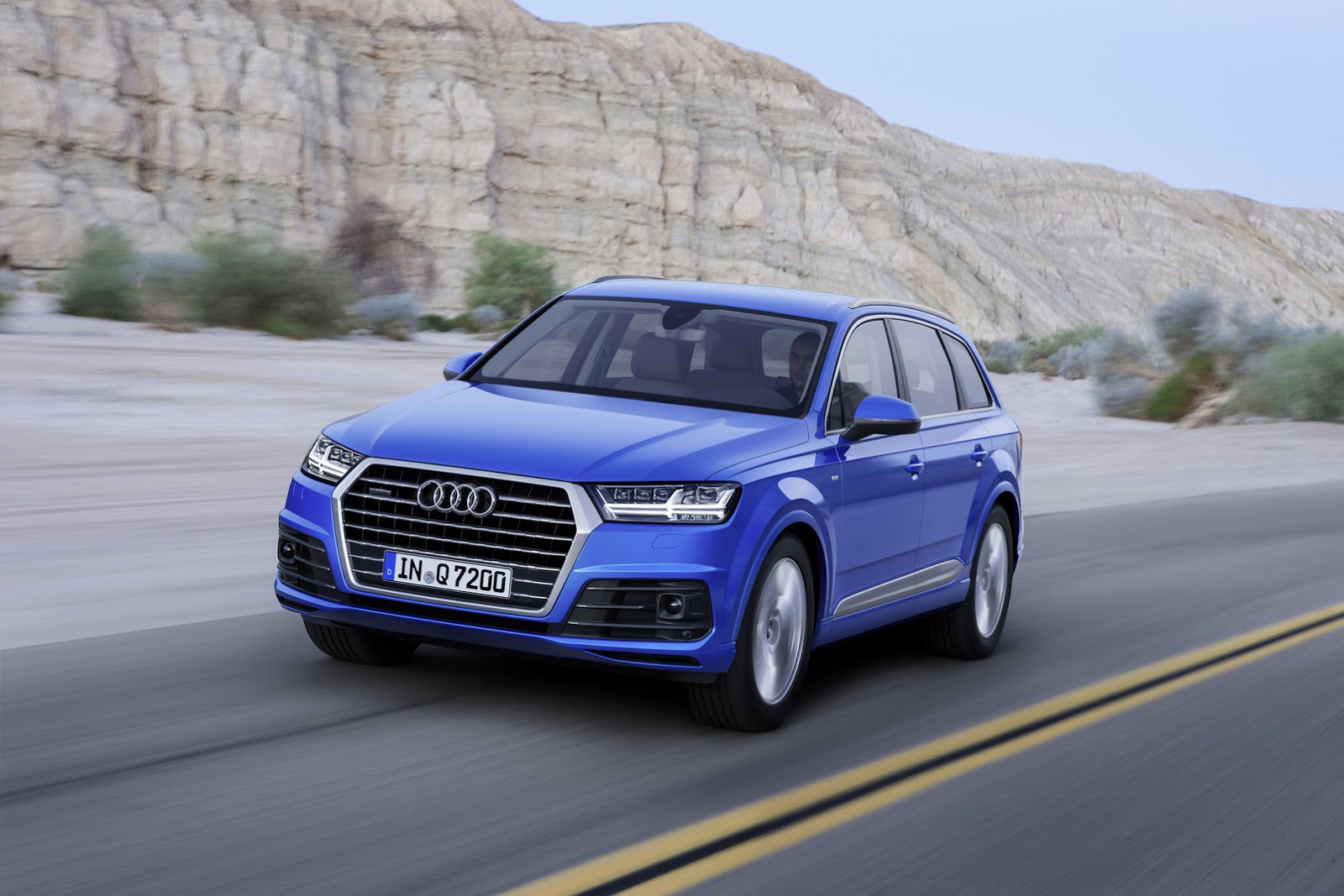 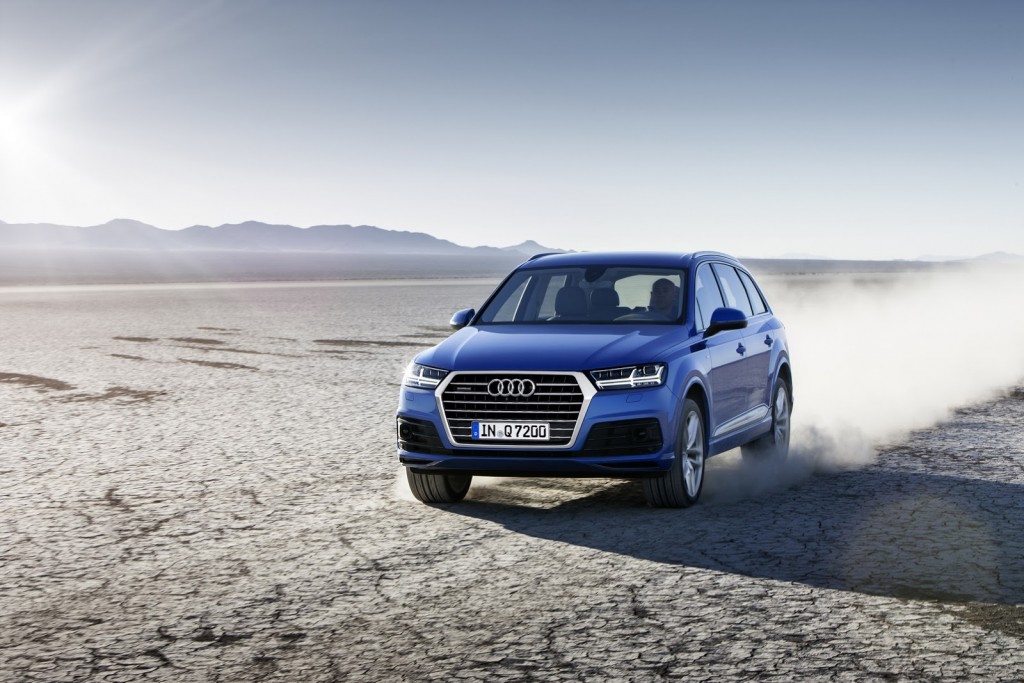 Following the Malaysian launch, the 2016 Audi Q7 is set to hit the Indian markets in December 2015, on the 10th to be precise. The 2016 Audi Q7 was spied recently in India ahead of its launch.

Built on a modified version of Audi’s MLB platform, the 2016 Audi Q7 is armed with all-new, yet evolutionary looks and a range of new and improved power-plants. It has undergone major weight loss of as much as 325 kgs and will stand leaner than its outgoing version. The new Q7 is 5,050mm long, 1,970 mm wide and has a wheelbase of 2,990mm. Compared to its predecessor, the car is 37 mm shorter, 15 mm less wide and has a 12mm shorter wheelbase. 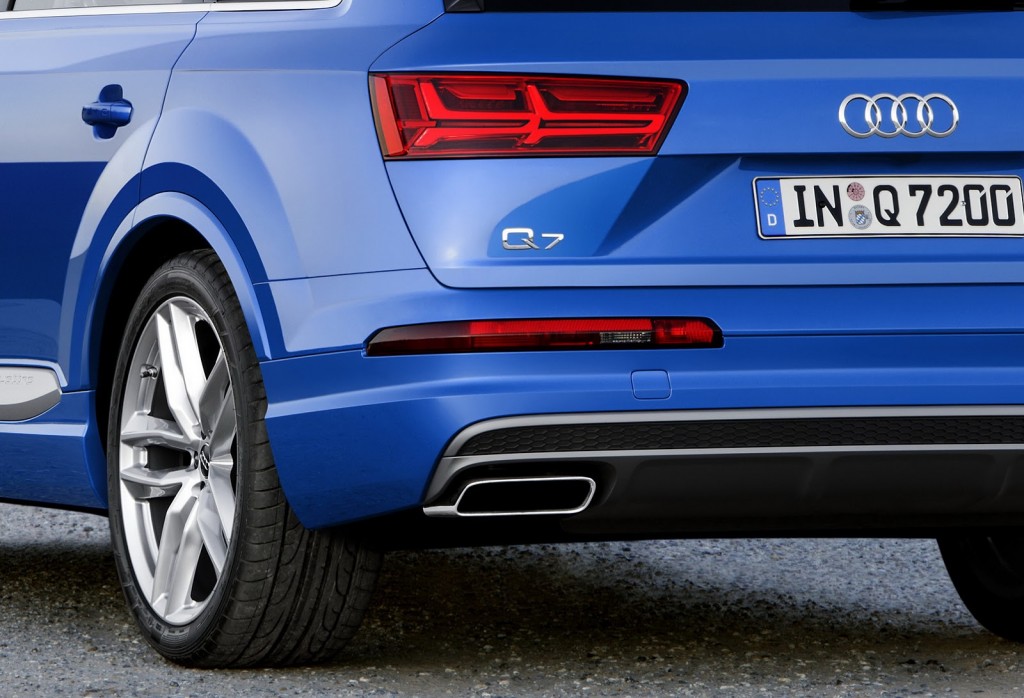 In India, the 2016 Q7 will be powered by a 3.0 TDI engine that generates a maximum power of 270 bhp and a peak torque of 590 Nm. The power will be pushed to all four wheels via the Quattro system and a 8-speed tiptronic transmission. 0 to 100 kmph comes up in just 6.3 seconds, 1.6 seconds faster than the previous model, while top speed is an electronically limited 250 kmph. A more powerful SQ7 version is also expected to join it next year. 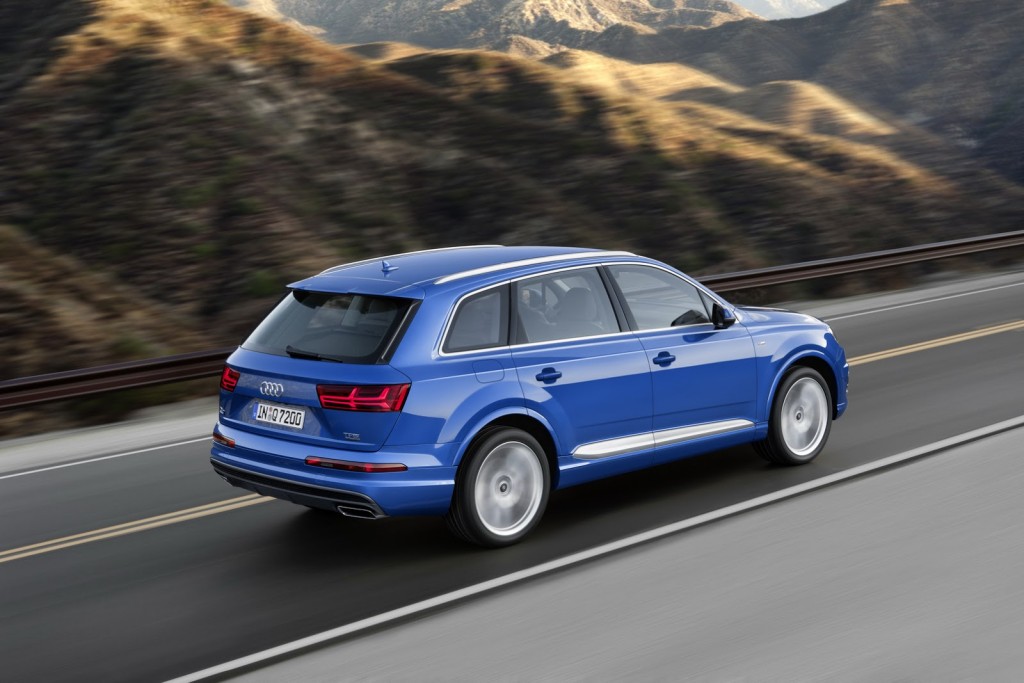 The completely new front fascia constitutes primarily of what Audi likes to describe as a ‘3D-effect Singleframe’ grille, which hosts seven slats, the four rings and the front registration plate – like on the new face-lifted Q3. While matrix LED headlights will be optional fare, the new Q7 will come with all LED headlamps as standard. The sides are understated, yet held together by taut lines and surfaces, while the same can be said about the rear end, which features a slick set of LED tail lamps. 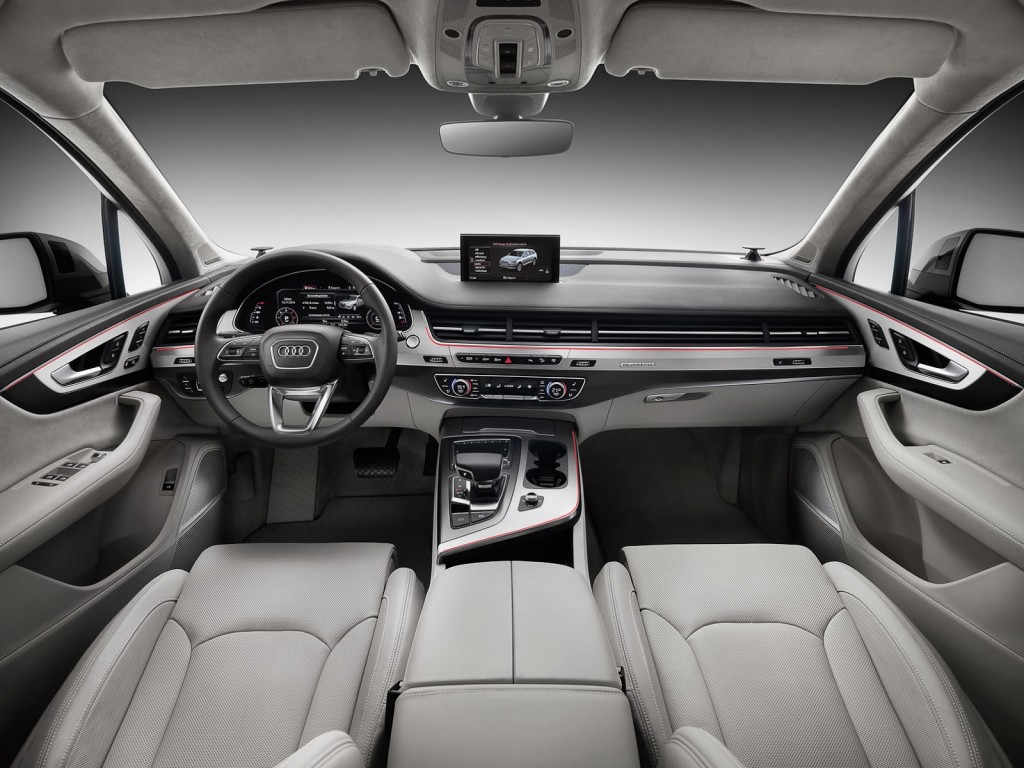 Inside, the new Q7’s completely overhauled interior has three rows of seats, like before. The second and third second row can be folded down and tipped up. With all seven seats occupied, the Q7 has a boot capacity of 295 liters, while in five-seater configuration, there’s a commendable 890 liters of space, while with just two-seats, there’s a cavernous 2,075 liters at one’s disposal. 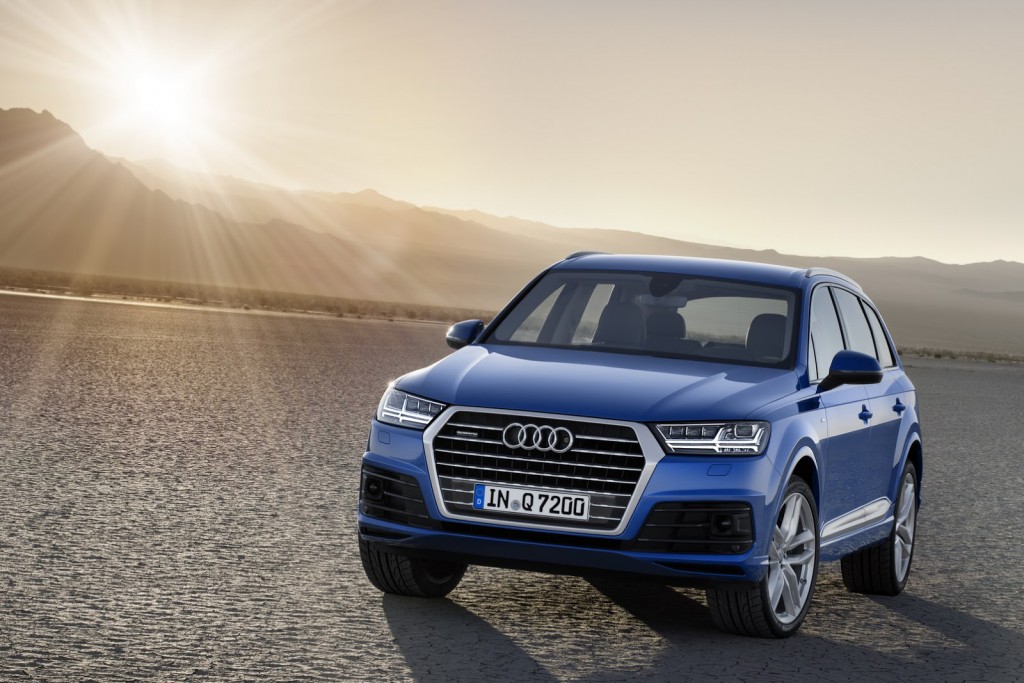 Initially, Audi will not be assembling the new luxury 7-seater in India. This means that the premium SUV from the premium brand will possibly carry a premium price tag(Rs 80 lakh-Rs 90 lakh-ex showroom Delhi). The initial batch of cars will be put together at Audi’s Slovakia plant and then be shipped as CBUs to India. However, it’s only a matter of time before the German carmaker begins local assembly of the new Q7 at its Aurangabad plant. The 2016 Audi Q7 will compete against the BMW X5 and Mercedes GL in the Indian market.