The 2020 Honda Africa Twin, also known as the CRF1100L, has been revealed globally. In its refreshed avatar, the bike will be offered in two variants – Standard and Adventure Sports. The bike benefits from a wider range of mechanical and cosmetic upgrades, is 5 kilograms lighter than the outgoing model, and boasts of a 10% improvement in power to weight ratio, thanks to weight reduction in areas including engine, frame and swingarm. It also gets an all-new 6.5” TFT Multi-Information Display incorporates Apple CarPlay and Bluetooth connectivity, with touchscreen functionality. 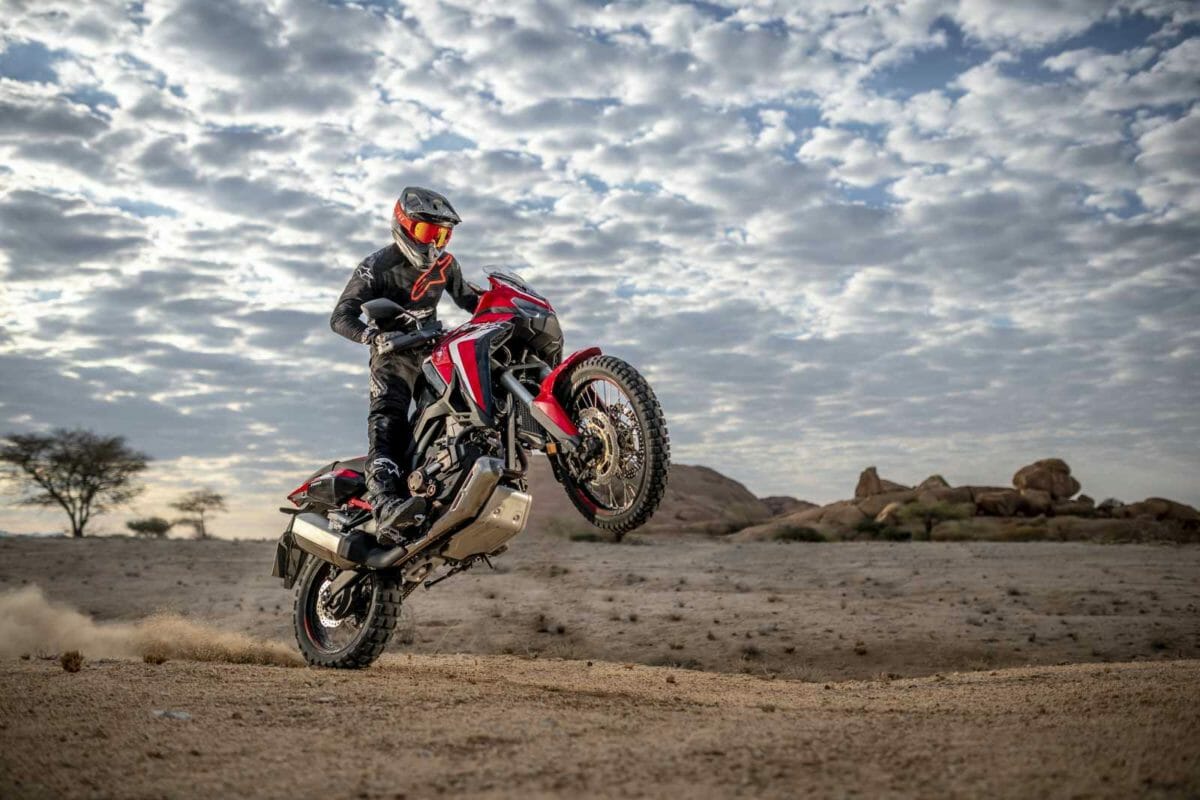 To go on sale later this year in Europe, the 2020 Honda Africa Twin will now be powered by a new Euro5-compliant 1084cc parallel-twin engine (up from 998cc). Comprehensive revisions to the engine, including revised valve lift, aluminium cylinder sleeves and a new exhaust control valve, bring even stronger performance while meeting the stringent new Euro5 regulations for 2020. Maximum power output increases by 7% to 102 PS @ 7500rpm, with maximum torque up 6% to 105Nm @ 6250rpm. The engine is held in a new frame with aluminium sub-frame, which is bolted rather than welded to the mainframe. The aluminium swingarm is lighter and based on the same design as the CRF450R moto-crosser, for even better rear-wheel traction and rider feel. 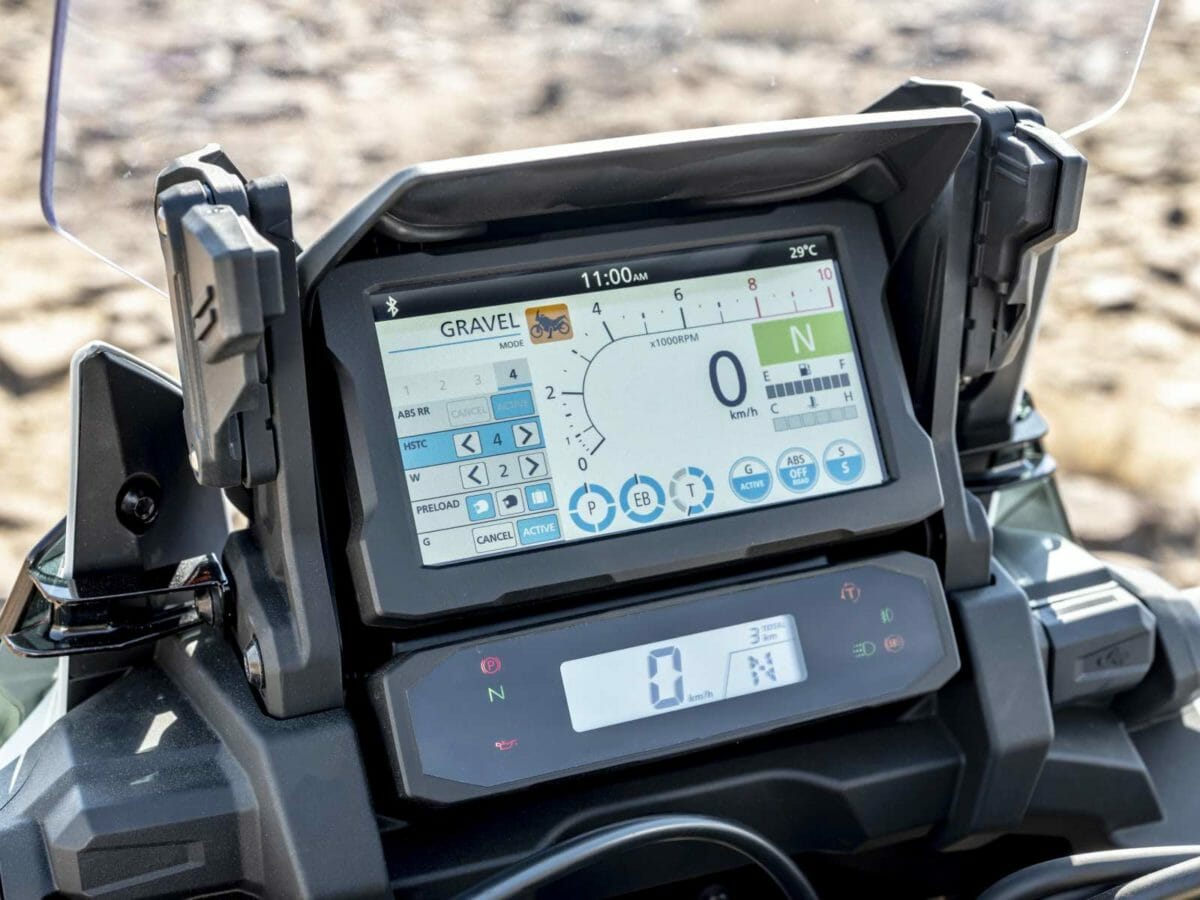 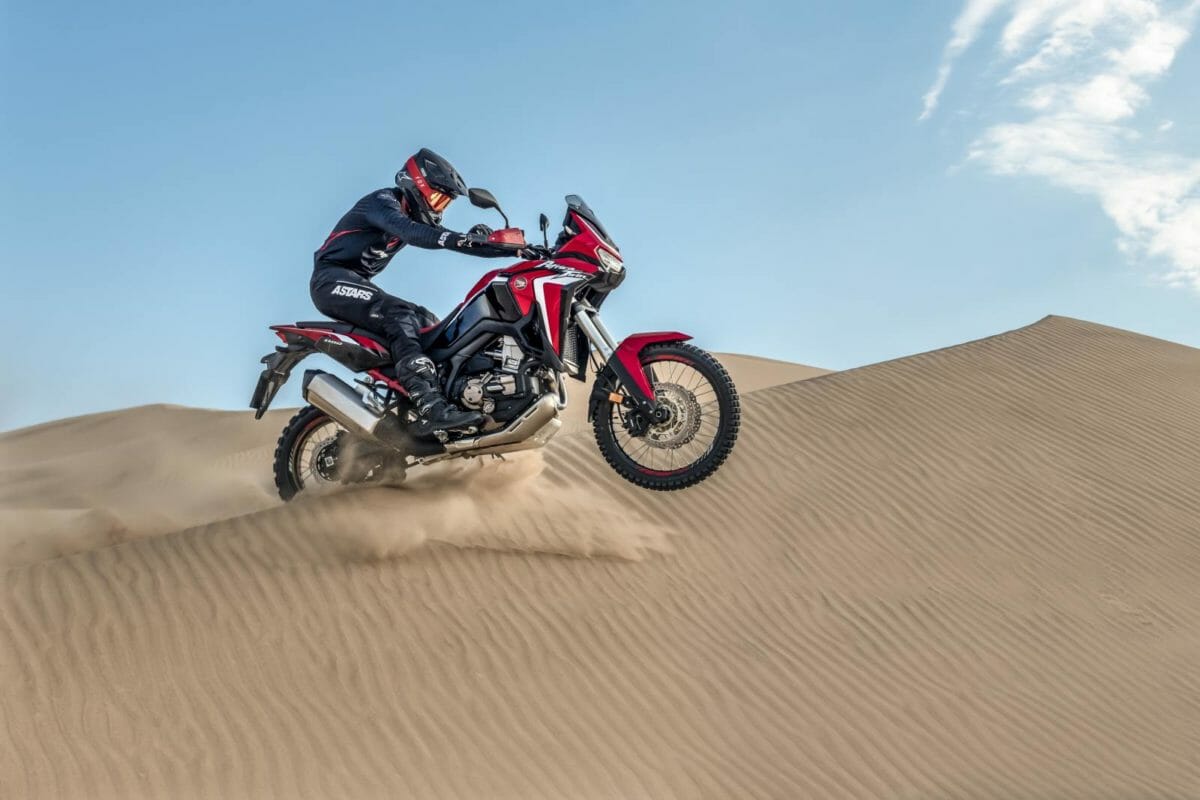 The CRF1100L Africa Twin comes equipped with a 6.5” TFT Multi-Information Display which is touchscreen enabled. The TFT touchscreen is also compatible with Apple Carplay, allowing riders to get directions, make calls, receive messages, and listen to music via the applications on their phone. The 2020 CRF1100L Africa Twin has been slimmed down even further, with new striking rally-style bodywork, slimmer fuel tank and 40mm narrower seat, adjustable between 850mm or 870mm. The low screen allows the rider to move forward and backwards freely, whether seated or standing up and compact handguards and sump guard complement the sharper look, while also contributing to the overall 4kg weight reduction. 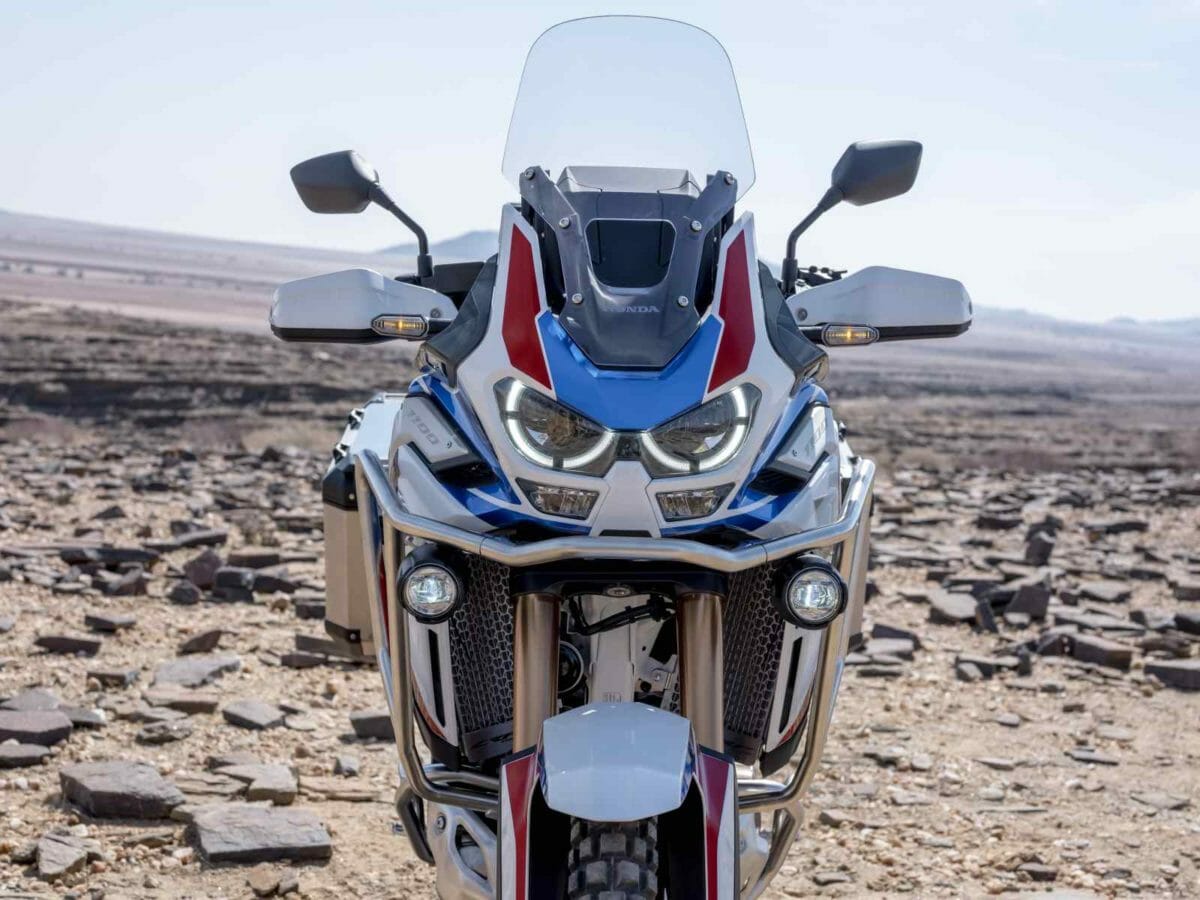 The Adventure Sports variant gets a larger 24.8L tank with a range of over 500km, broader front fairing, five-stage adjustable screen, standard-fit heated grips and ACC socket bring even greater comfort and practicality. Further upgrades come in the shape of new three-stage cornering lights – which create a wider beam of light as the bike leans over – and the option of Showa Electronically Equipped Ride Adjustment (EERA) suspension. Aligned to the four pre-set riding modes, and adjustable at will in the two User modes, the Showa EERA has three rear preload pre-sets and utilises the six-axis IMU and balance-free valve technology in the front forks. 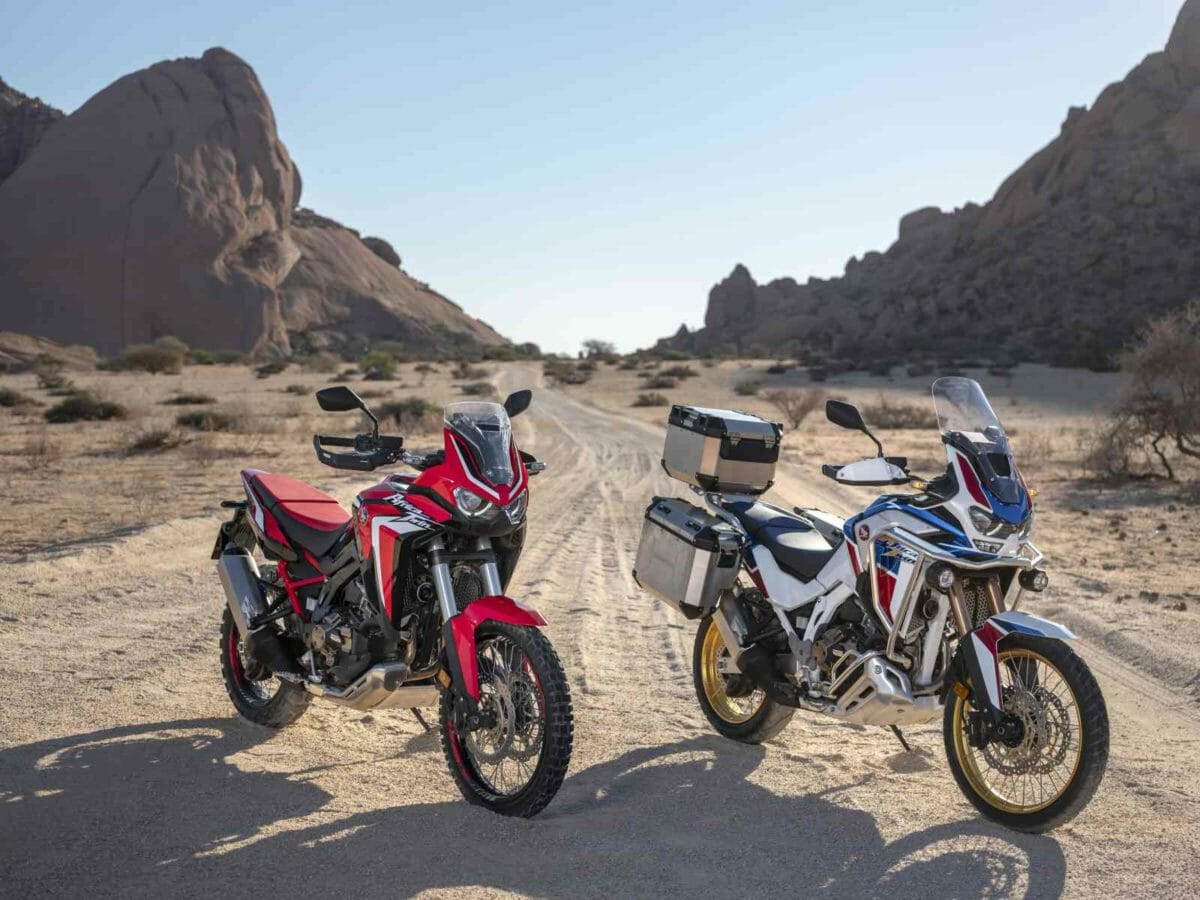 Both models of the 2020 Honda Africa Twin will continue to come paired with the DCT gearbox which first appeared as an option on the VFR1200F in 2009, and approximately half of Africa Twin customers choose it as an option. On the new Africa Twin’s DCT, the system’s ‘cornering detect’ function is operated through the IMU, allowing even more natural shift patterns when in automatic ‘D’ or ‘S’ mode. The new Africa Twin will be available in Grand Prix Red and Matte Ballistic Black Metallic, both of which include a new red sub-frame. The Adventure Sports version comes in Pearl Glare White Tricolour and Darkness Black Metallic.