The Volkswagen Beetle is set to make a comeback to India in its new avatar. Just before its return the images of the official brochure of the car have drifted on the internet. The images clarify a lot of inside-out details of the India spec Beetle. We already know that the new Volkswagen Beetle maintains its iconic retro styling, but is back with extra pounds.

As per the 2016 Volkswagen Beetle brochure, it is confirmed that the Beetle will have a 1.4L Tsi engine that produces 147 bhp and 320 Nm of torque, and comes mated with 7-speed DSG transmission. It seems this time VW is skipping the diesel variant. 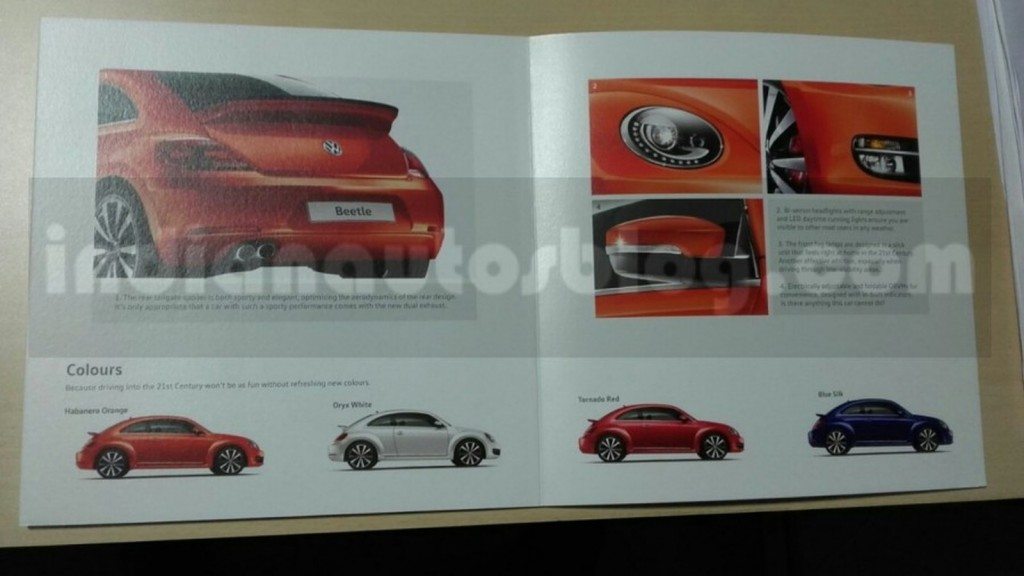 The Beetle will be out in four colours, the Habanero Orange, Onyx White, Tornado Red, Silk Blue. Body bumpers, power retractable ORVMs (integrated turn indicators), door handles will be pasted in the body colour. Bi-xenon headlamps and LED DRLs will do the road illuminating job for the car. The headlamps are equipped with the ‘Leaving home’ and ‘Coming home’ feature. 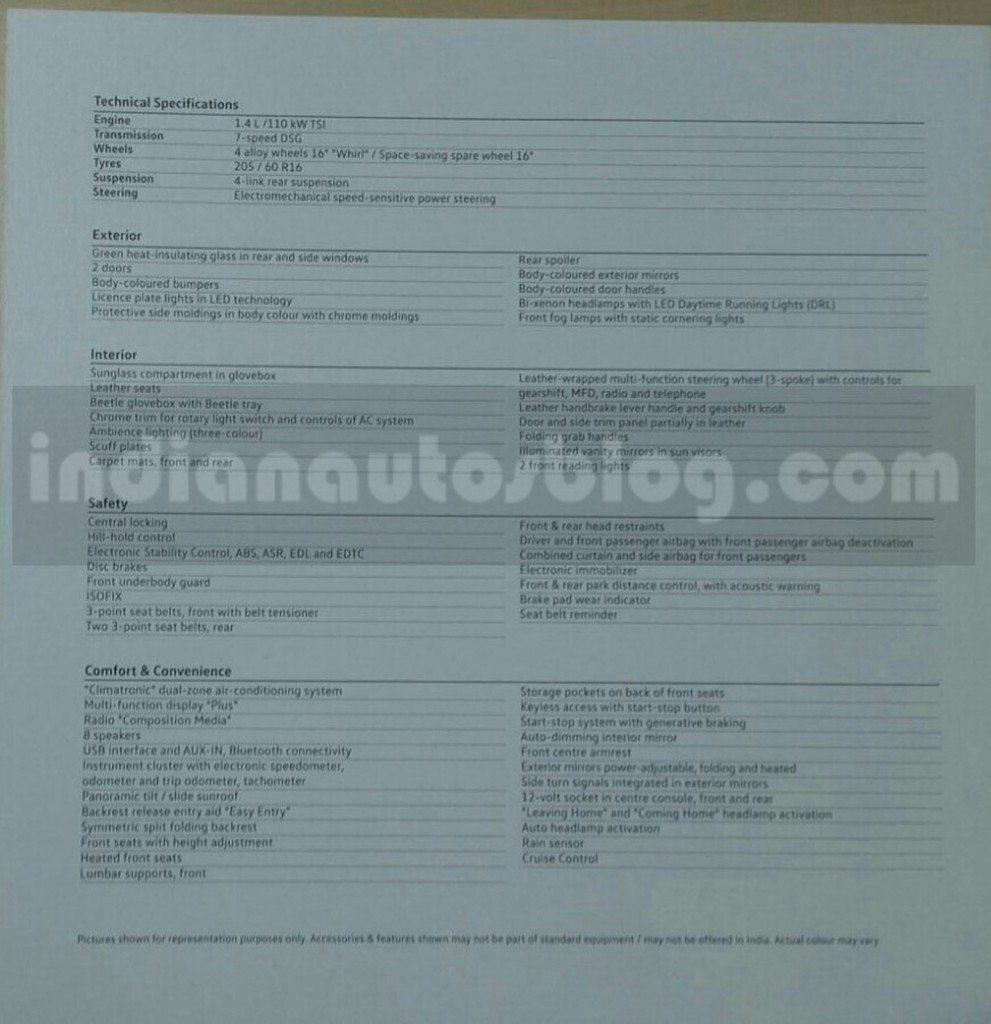 The interiors are wrapped in leather, also the three spoke steering wheel, gearknob and the handbrake lever. The rotary switch and AC controls will be in chrome trims. The cabin will get ambient lighting. The rear features the tailgate spoiler for aerodynamics and gets a dual exhaust. 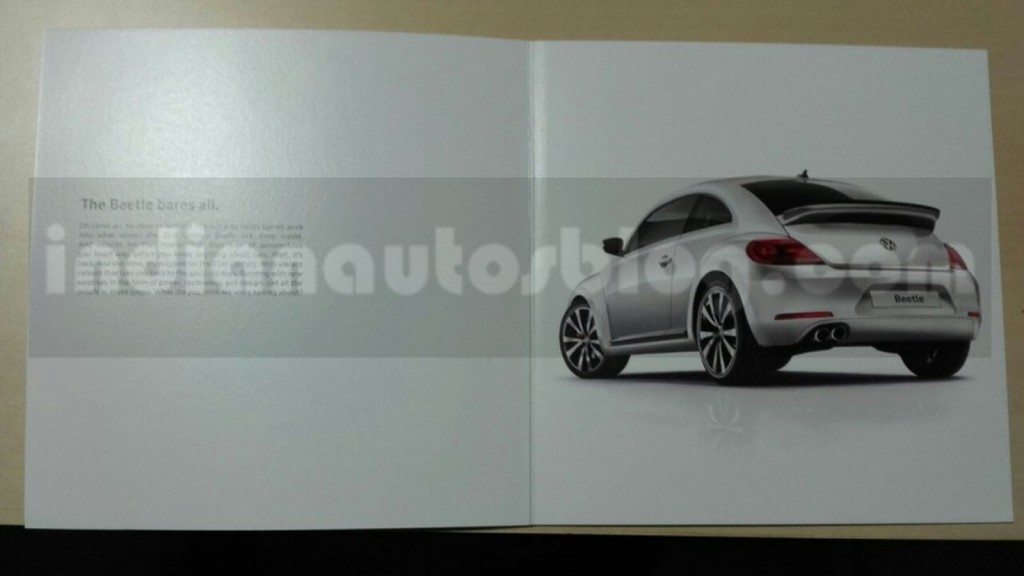 Under the Comfort and Convenience head, the Beetle will get an array of accessories such as the Climatronic dual zone AC system, touchscreen display, panoramic glass roof, auto dimming rearview mirror, leather upholstery and heated front seats.

The Beetle will be imported into the country via the ‘Completely Built Unit’ channel. The Volkswagen Beetle will compete against the Mini Cooper and the Abarth 595 in the Indian market.