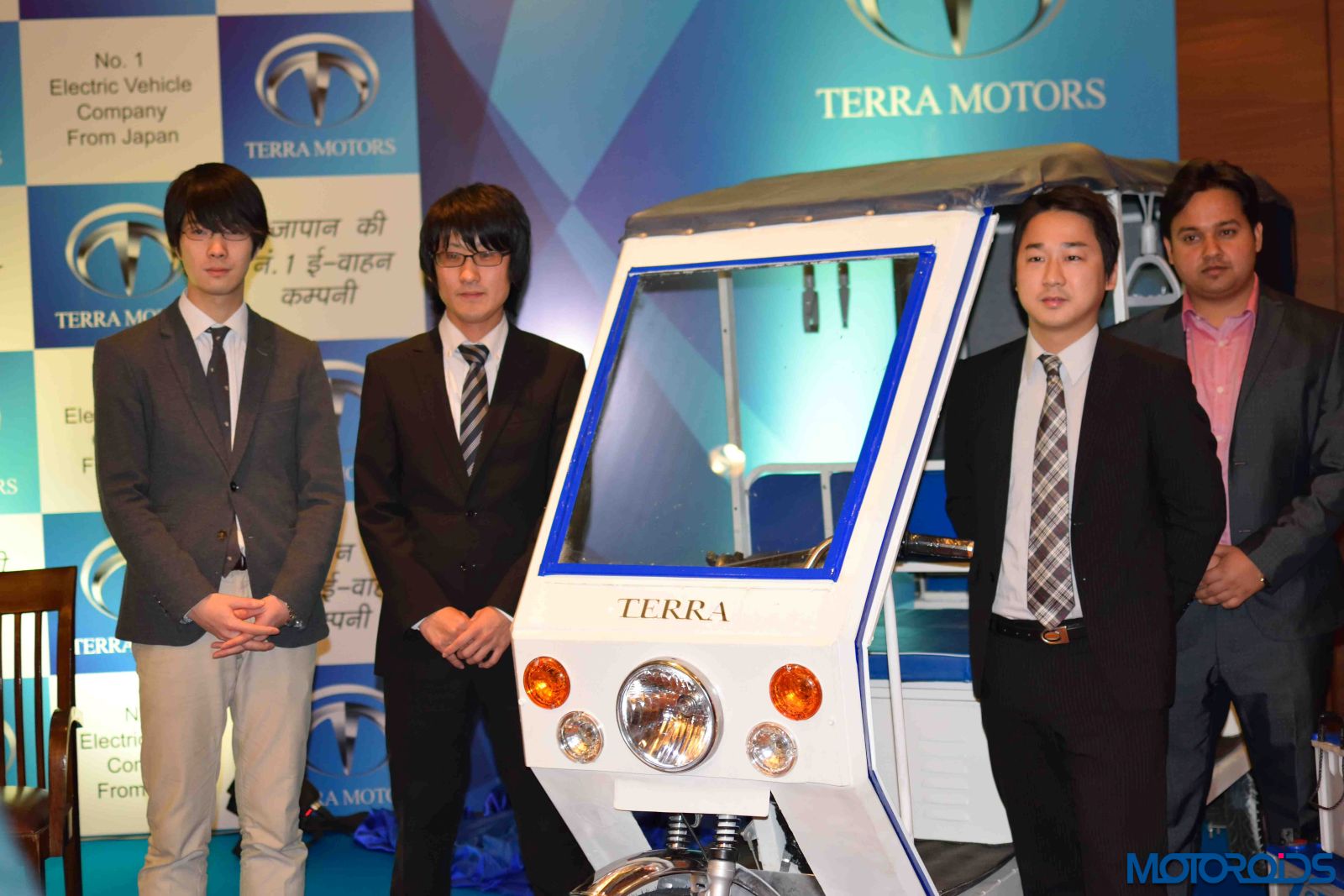 Terra Motors, a manufacturer of electric two and three wheelers in Japan announced the launch of its Y4Alfa e-rickshaw. Y4Alfa has been priced close to Rs. 1.3 lakh and is powered by Terra battery unit which gives a range of 100 km on full charge. The average weight of the e-rickshaw is 380 kg and can accommodate 5 people, including the driver.

The light weight e-rickshaw is water-resistant and suitable for urban transport as it has low fuel costs compared to a gas-powered vehicle. Adding to its suitability for Delhi’s narrow roads, its steering wheel gives a driver easy maneuver and small turning radius. It also features rain covers that can be pulled down during inclement weather.

Apart from the e-rickshaw launch, the company also launched its ‘Terra Battery’ for the Indian market, which is on the line of the Make in India initiative by the Government of India.The battery has been priced close to Rs. 27,000 with a warranty of one year and is manufactured in Bangalore. It has a life span of minimum 18 months as compared to ordinary batteries, thus, reducing the operational cost of drivers. 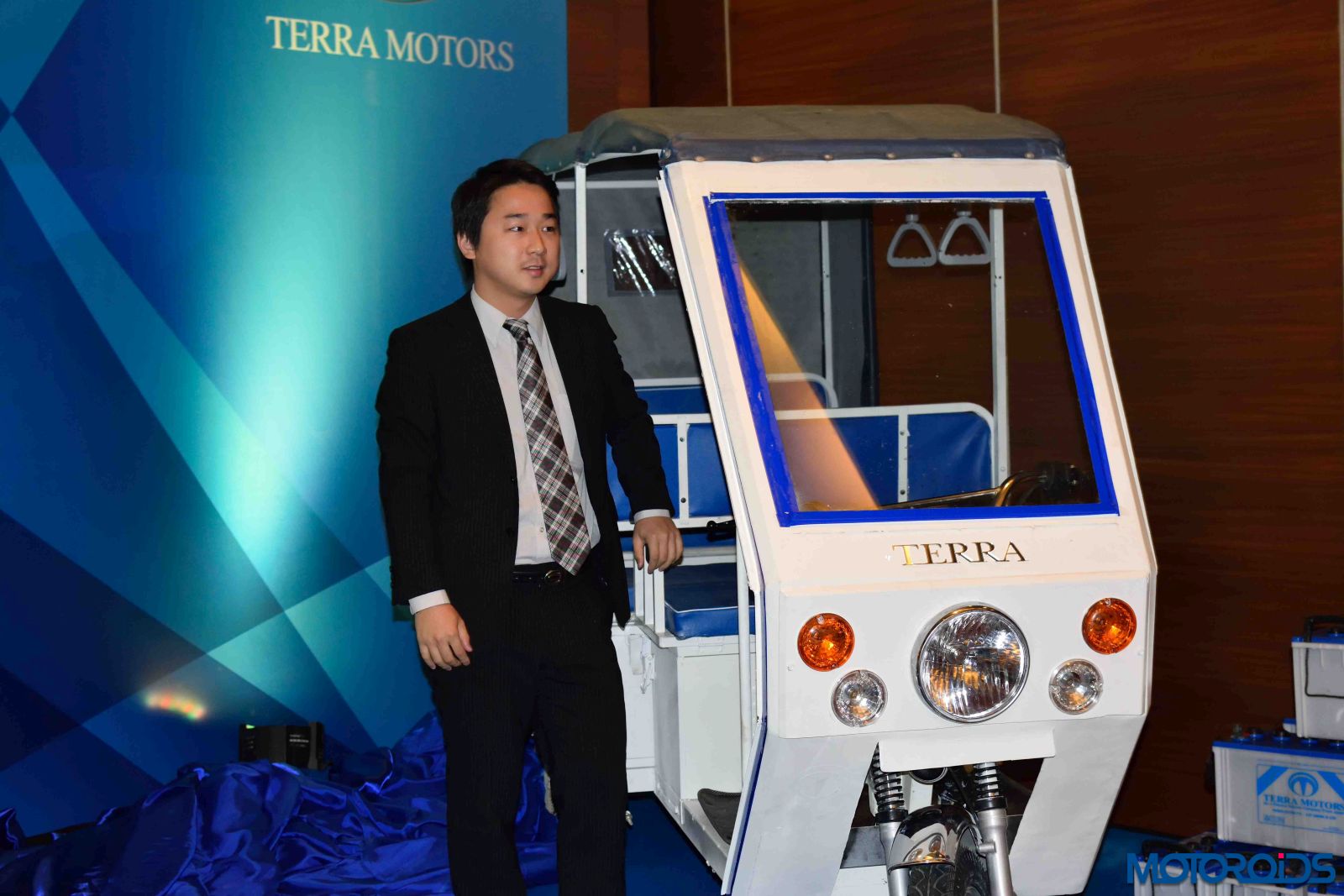 Speaking on the occasion, Teppei Seki, Country Director, Terra Motors said, “India is the second largest producer of three-wheelers in the world. Hence, India is an important market for us. We plan to sell 30000 units of e-rickshaws and 20000 sets of Terra Batteries by the end of the fiscal year.”

“Terra Motors is committed to bring in its high quality Japanese offering and services to the Indian market.Along with the product superiority, we also aim to enhance our sales and service support though the seasoned dealers in order to enrich customers experience,” he further added.