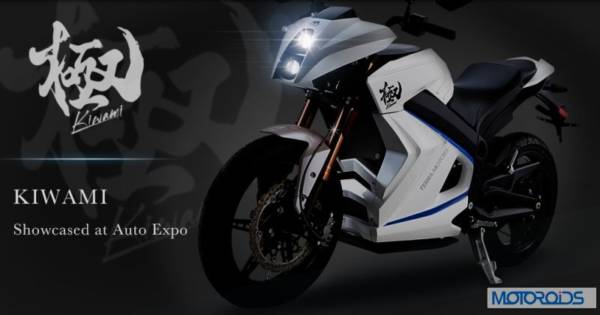 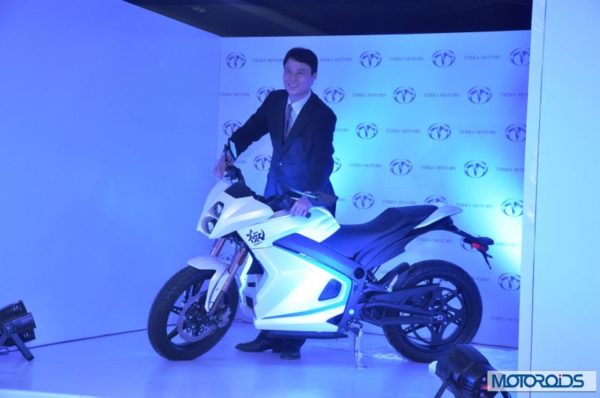 Claiming a top speed of 160 km/h, the terra Motors Kiwami is powered by a 10Kw motor. The Kiwami takes 6 hours to charge fully and has a maximum specified range of 200km – which is quite acceptable in our opinion. While that range of 200km is the highest for any bike in India, it still is not enough for the Kiwami to be used for your long distance weekend ride. For all intracity and short out of city rides, that range looks fine enough though. The battery of the Kiwami can be charged 3000 times before requiring replacement.

Targeting the youth, motorcycle enthusiasts, and consumers in urban cities, Kiwami, which in Japanese means ‘Ultimate’, boasts eco-friendly credentials along with enticing performance specs. The bike is hand-built in its entirely, with claimed ‘Japanese state-of-the-art technology’ powering it.

In addition to the Kiwami, Terra Motors will soon introduce series of executive e-scooters, which will target premium consumers who expect a stylish and sophisticated high end product. These bikes and a three wheelers option will be showcased at the upcoming Auto Expo 2014. 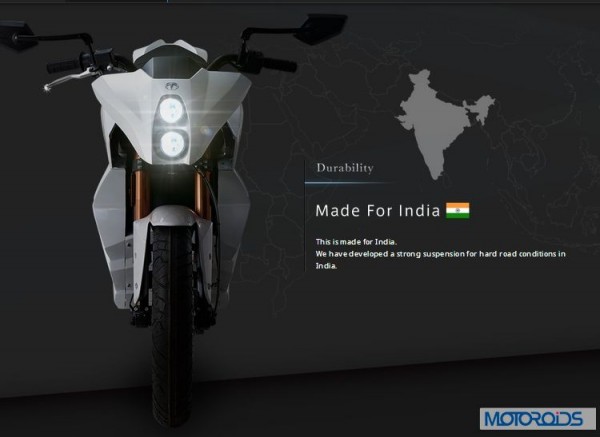 Terra Motors Corporation, the maker of the Kiwami performance electric bike, is the leader in manufacturing electric two & three wheelers in Japan. Founded in 2010, its headquarters are based in Shibuya, Tokyo and also has branch offices in Vietnam and Philippines. The company currently has over 1,000 dealers and 3000 service networks in Japan. Recently, Terra Motors was short listed for the government tender in the Philippines. 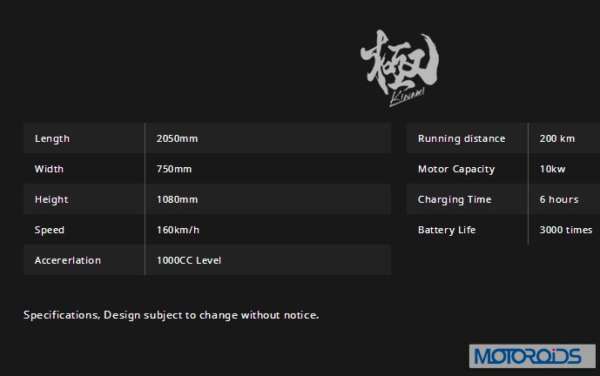 Commenting on the foray of the company in India, Mr. Toru Tokushige, Chief Executive Officer (CEO) ＆Founder of Terra Motors said, “India is the second largest producer of two-wheelers in the world. Hence it is an important market in our strategic growth plan and we intend to invest Rs. 300 million in the Indian market next fiscal year. With this mission, Terra Motors is set to deliver electric vehicle (EV) of high quality and services in the tradition of what consumers in India come to appreciate and expect from the Japanese industry.”