The highly anticipated next gen 2014 Mini will make its public debut at the manufacturer’s Oxford plant on November 18. Prior to the unveiling, Mini has come up with a new teaser image for the next gen Mini (seen below). 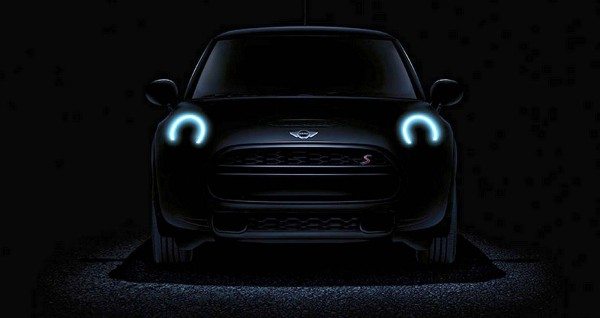 The 2014 Mini will come with a set of three and four cylinder engines. The three-cylinder turbocharged petrol engine has a max power of 136 bhp and peak torque of 220 Nm. The torque can be bumped up to 230 Nm by engaging the overboost. Also on offer would be a four-cylinder, 2.0-liter petrol engine that has a max power of 192 bhp and pesk torque of 280 Nm (300 Nm with overboost engaged).

Akin to the current gen Mini, the upcoming models will also get an oil burner. The diesel engine on duty will be a three-cylinder, 1.5-liter turbocharged unit with a max power of 116 bhp and peak torque of 270 Nm.

Making a debut along with the upcoming 2014 Mini will be BMWs front wheel drive UKL architecture. This platform will be seen underpinning various future Bimmers such as the next gen 1 Series, the 1 Series GT and the 1 Series sedan.

Stay tuned to Motoroids for more updates on the upcoming 2014 Mini.