Its nothing new anymore, that Audi is testing its third gen TT. Dozens of spy pics of the upcoming TT have stormed the cyberspace. Now, the interior of the 2015 TT has been caught on camera, while testing on the ‘Ring.

The test mule, as can be seen from the pics, is heavily camouflaged. The design cues suggest that the Audi TT will feature a mini R8 look. 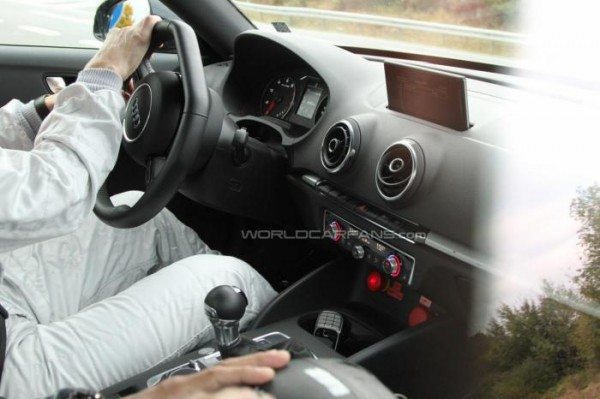 On the interior, it can be quickly noticed that one central air vent has been removed, which was introduced in the 2nd gen-model. The layout is similar to the current model, while the display screen has been moved above the center stack.

Under the hood, the new 2015 Audi TT will be offered with the same EA888 2.0 litre turbocharged four cylinder engine from the current generation. This engine pumps out 220 HP in the upcoming 3rd gen, which is 9 HP more than the current model’s 211 HP. There is a surprise for Audi TT fans. With the 3rd gen model, Audi will be bringing back the TT RS model, which was discontinued recently. This RS model will have 380 horses under its hood. 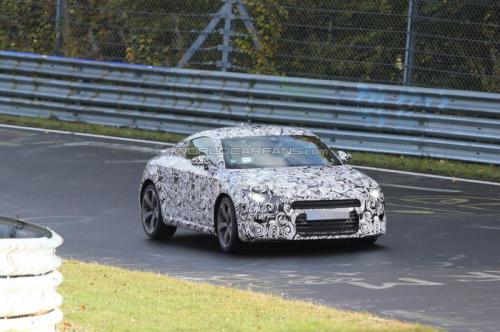 Front-wheel drive will be standard in base models of the 2015 Audi TT, with quattro all-wheel drive available across the line up. Transmission options will be the same, with some minor upgrades. Built on the MQB platform, the 2015 TT will be lighter then the current model, and is expected to arrive in early 2014.

The Audi TT competes with the likes of Mercedes-Benz SLK, BMW Z4 and Porsche Boxter.