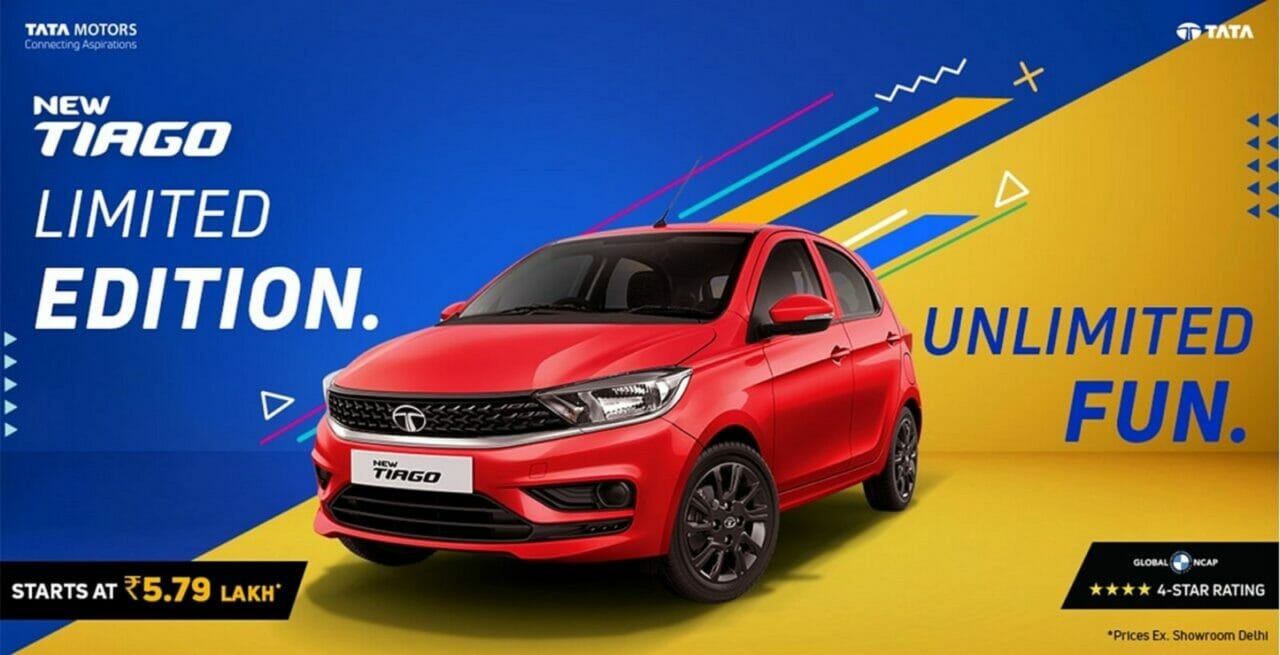 Tata Tiago is one of the most popular hatchbacks available in its segment and is one of the most consistent performers in Tata Motors’ portfolio. Tata is currently on a spree of dishing out new models. The company recently launched the Altroz iTurbo and unveiled the all-new 2021 Safari. And now, the company has launched a limited edition Tata Tiago at a price of INR 5.79 Lakh (ex-showroom Delhi). This launch will commemorate the first anniversary of Tiago Refresh and its success in the hatchback market. 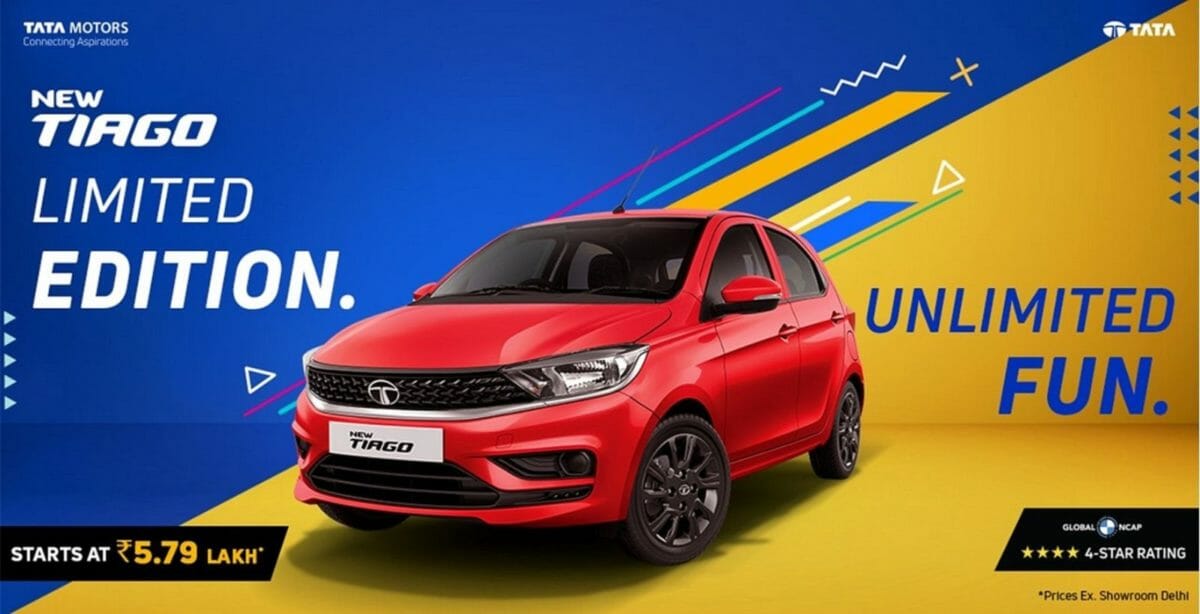 To set it apart from the rest of the variants, Tata Motors has deployed new 14-inch Bold Black Alloy Wheels which make the Tiago look sportier than before. Modern Tata cars are quite a looker and the Tiago is no different. With new blacked out alloy wheels, the Tiago limited edition looks even better! Another major feature which has been added to the limited edition is a 5-inch Touchscreen Infotainment by Harman, consisting of: New 3D Navigation through Navimaps, Reverse Parking Sensor with Display, Voice Command Recognition and Image & Video Playback. Tata Motors has also thrown in a Rear Parcel Shelf.

Commenting on the launch of this new variant, Mr. Vivek Srivatsa – Head – Marketing, Passenger Vehicles Business Unit, Tata Motors said, “Since its launch in 2016, the Tiago has been very successful in its segment and has been appreciated by all. Following the same, the product’s BS6 version was introduced in 2020 which also received a 4 star safety rating by GNCAP at launch, making it the safest in its segment. With more than 3.25 lakh happy customers on the road, the Tiago has evidently received tremendous market response. We are confident that through the introduction of this limited period variant and in alignment with our New Forever philosophy, we will continue to bring excitement in this space while catering to the ever-evolving demand of our consumers.”

While the transition to BS6 forced Tata Motors to drop the diesel variant, the Tiago now gets a BS6-compliant 1.2-litre, 3-cylinder petrol engine that produces 85bhp of maximum power and 113Nm of peak torque. The Tiago can either be had in a 5-speed manual or 5-speed automated manual transmission (AMT). The Tiago is also long due, to receive a powerful turbocharged engine.