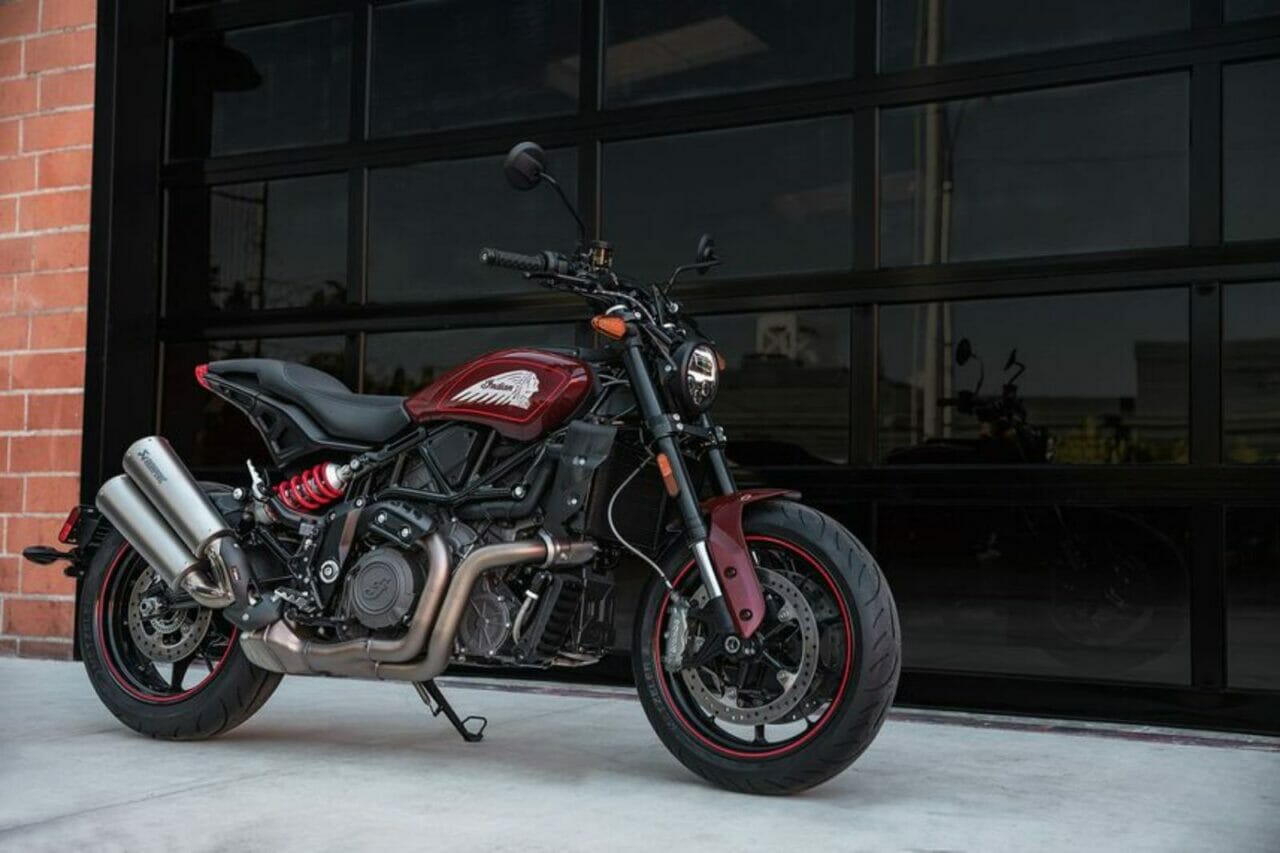 After the revival of Indian Motorcycles, the iconic American manufacturer was treading down the same path as Harley-Davidson and had a rather tramlined portfolio which only consisted of Cruisers and Bobbers. But thankfully, Indian Motorcycles learned their lesson a lot earlier and forayed into the Flat Tracker segment with its FTR 1200. If you know anything about the FTR series of motorcycles, you would know that they are out and out hooligans. The company has now updated all the FTR models for MY2021.

The FTR range includes FTR 1200, FTR 1200 S, FTR 1200 Carbon and the FTR 1200 Rally. All the models have received significant changes over their outgoing iterations. 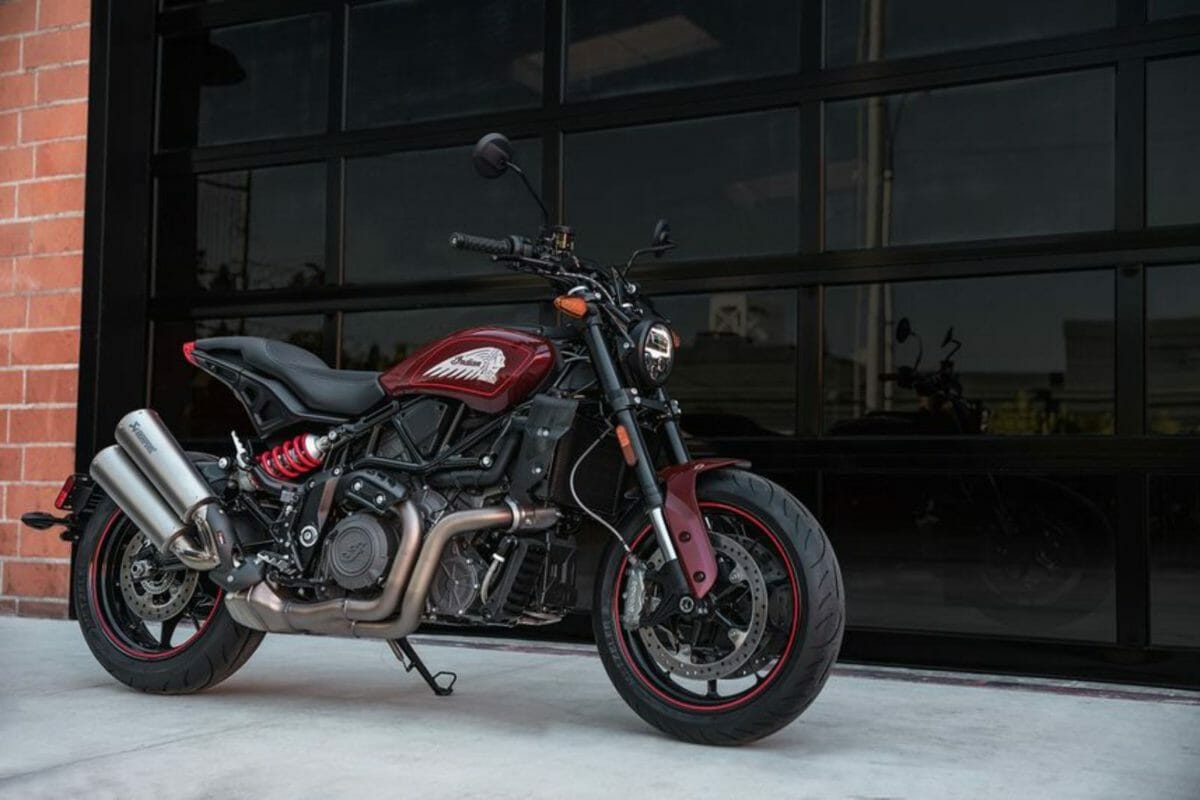 The FTR, FTR S and the FTR Carbon are more road-biased motorcycles as compared to the FTR Rally. To improve their street credentials, the previous 19-in front and 17-in rear-wheel setup has been replaced by 17-inch front and rear wheels which wear Metzeler Sportec street tyres. Previously, the motorcycles used to wear specifically developed Dunlop tyres which were a boon on flat tracks but lacked outright performance for the road. The steering head angle has become steeper from 26.3-degree to 25.3-degree. Indian Motorcycle has also shortened the trail from 130mm to 100mm. The changes don’t conclude here as Indian Motorcycles has also reduced suspension travel at both the ends – 120mm instead of 150mm. All these changes should translate to better road dynamics as the motorcycles would dip into corners with more vigilance than before. The seat height is now lower by 36mm and also, the base model now comes with fully adjustable front and rear suspension. 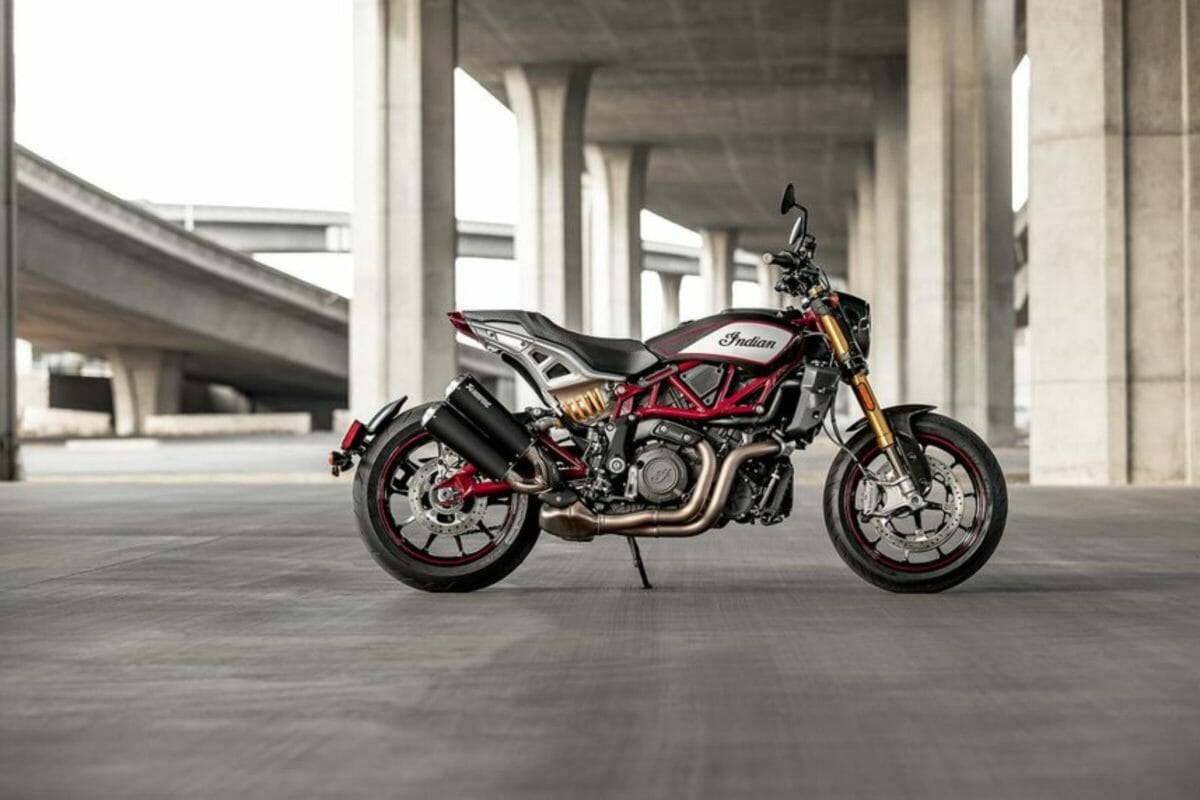 The Rally hasn’t received any aesthetical changes as it continues to ride on 19-in front and 18-in rear wheel setup. It uses Pirelli Scorpion Rally STR tyres.

As in previous models, the 2022 FTR and FTR Rally come with analogue gauges rather than the 4.3-inch touchscreen seen on the R Carbon and S models. Wheelie control, stability control, traction control, cornering ABS, and a USB charging port are exclusive to the S and R Carbon models. 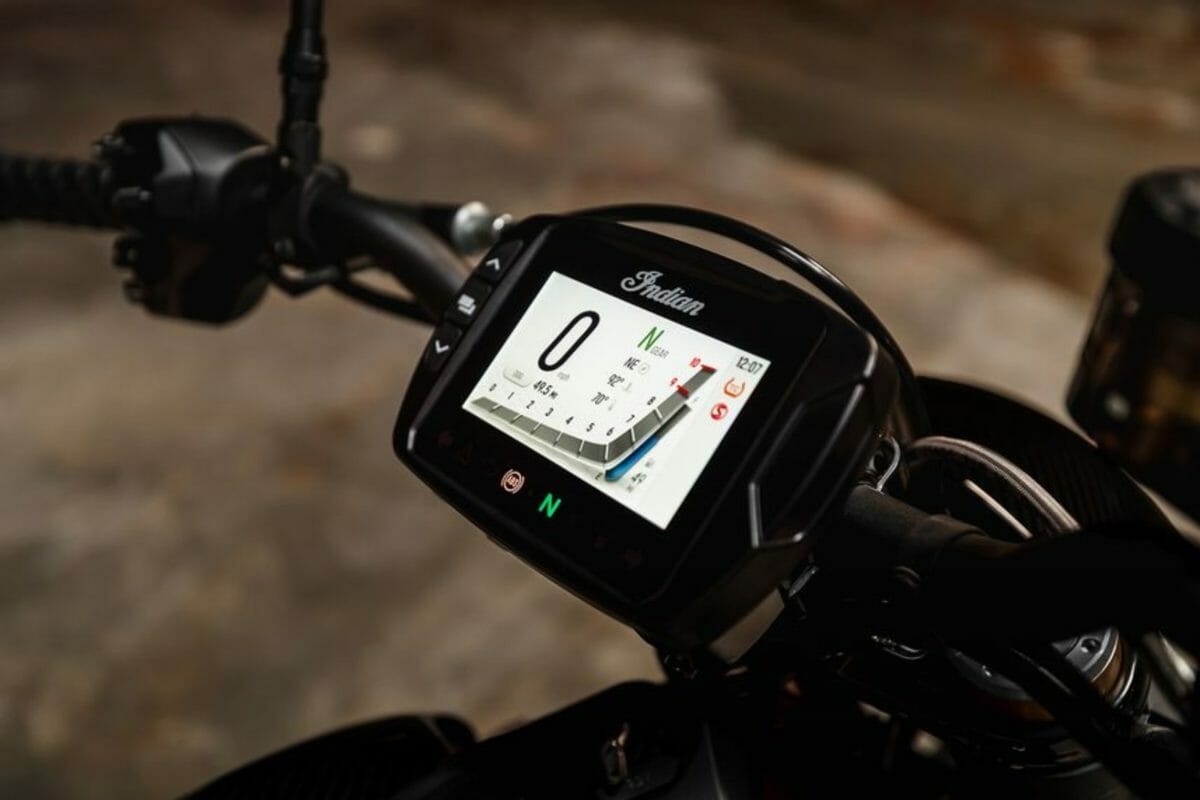 Indian says the updated engine tune applied to each model is intended to improve cold-start performance and deliver a smoother, more predictable throttle response. In an effort to mitigate heat at idle, rear-cylinder deactivation is now standard on every model. Powering all the four FTR models is the same 1203cc V-Twin engine with liquid-cooled, DOHC engine. However, it has now been tuned to meet the Euro 5 emission regulations. It produces 123 hp and 120 Nm