We had previously reported that Tata Motors would unveil the Tiago Electric in the month of September this year. Now, the company’s US based technical centre (Tata Motors European Technical Centre or TMETC) has unveiled the Tiago EV. 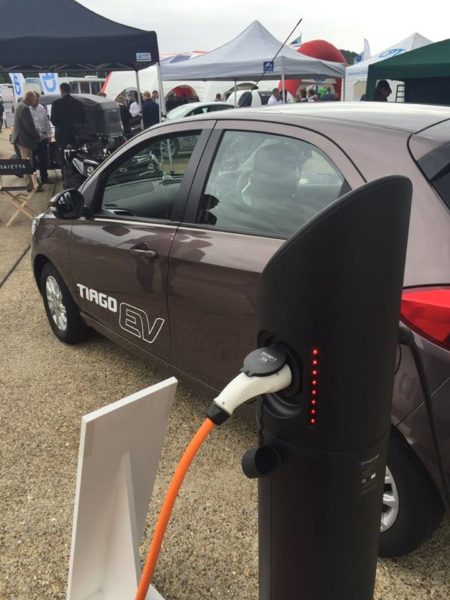 The model seen in the images here is an all electric variant of the current Tiago. Finished in a shade of Espresso brown, the model features the ‘Tiago EV’ decals on the front doors. The model is a conversion EV, which means that the company has taken the standard Tiago where the engine is replaced with an electric drive train and batteries.

Powering the Tata Tiago EV concept is a liquid cooled electric motor that produces an impressive 114 bhp and 200 Nm of torque. Paired to a single speed gearbox, the model claims to offer a top speed of 135 kmph ad a 0-100 kmph sprint in less than 11 seconds. 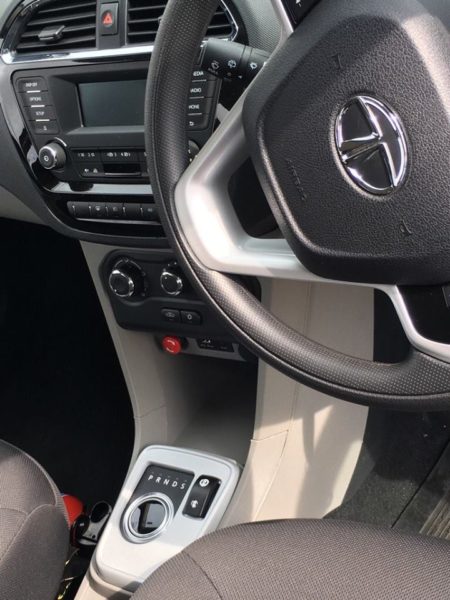 Visually and feature wise, the model remains nearly identical to the standard Tata Tiago which is on sale in India, save for the Jaguar inspired rotary drive that replaces the standard gear lever. What are your views on the Tata Tiago EV concept? Let us know your views through the comments section below.