Home News Video: Volvo XC40 revealed ahead of its launch in a Leaked Trailer

Ahead of its official launch on September 21st, the entire look and feel of the 2018 Volvo XC40 were given away in an accidental leak by Volvo Hungary. In an uncut version of the teaser trailer released before, intricate details regarding the design language adapted for the Volvo XC40 were revealed. At first what comes into notice is the remarkable number of similarities shared amongst the Volvo 40.1 Concept and the XC40 in terms of styling but with a few tweaks for simplification of the design, such as the replacement of the hidden-rear door handles with that of conventional ones along with traditional door mirrors. 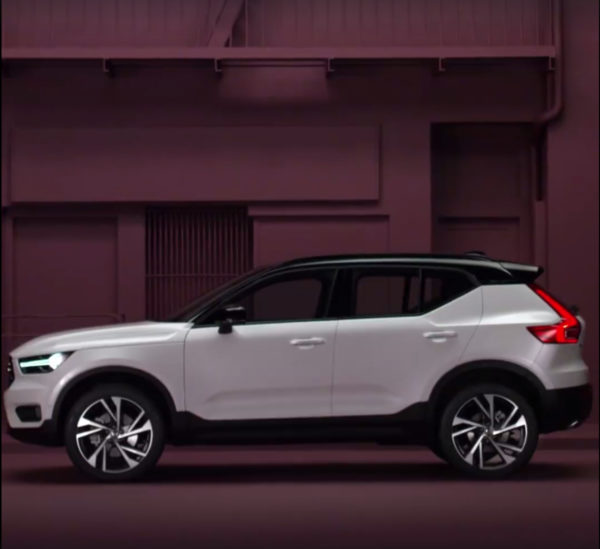 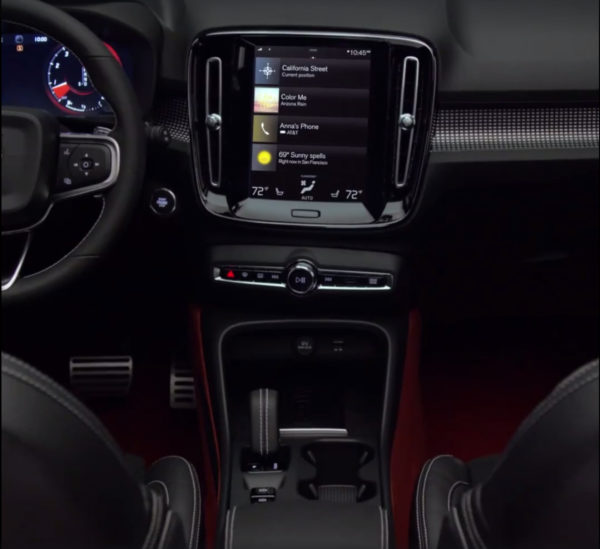 Inside, the 2018 Volvo XC40 will continue to offer the well-thought-out, leather-clad cabin, as seen in the design theme of the Volvo XC60. Adding to the list of borrowed components, the XC40 will also sport the same versatile touchscreen infotainment system as present in its elder sibling, the Volvo XC90. Great attention to detail is provided by the designers at Volvo to utilize the available space inside the cabin of the XC40. One such example is the new placement of the front firing speakers apart from its usual spot in the door compartment to free-up space and makes good use of the resulting space to store utilities such as a laptop, a tablet, or a couple of water bottles for that matter.

There is also the addition of several new features, amongst them is the addition of wireless mobile charging for compatible devices. Overall, the XC40 sports a rather roomy and a functional cabin, which follows the plans shared earlier by Volvo themselves of providing a practical and yet, a stylish interior for the new XC40. 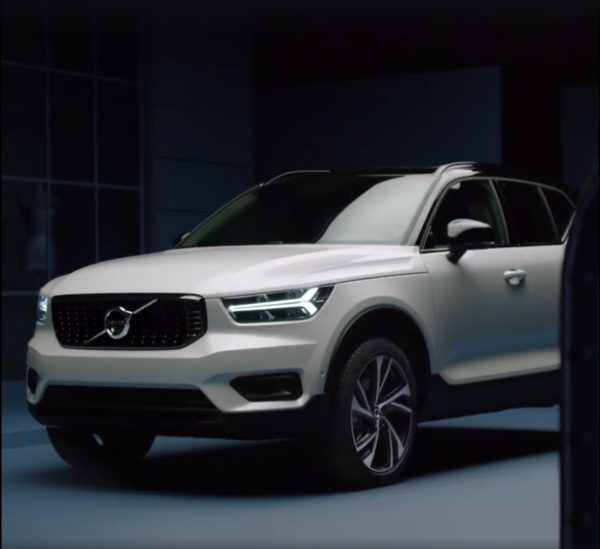 The upcoming XC40 is Volvo’s first offering that will be based on the Compact Modular Architecture which is also shared by its Chinese parent company, Geely. It is also reported that the new CMA platform will also act as a foundation for the next generation Volvo S40/V40 cars.

Expect the 2018 Volvo XC40 to be offered in a wide range of engine options, starting with the newly developed 1.5-litre three-cylinder turbocharged petrol engine and with the four-cylinder Drive-E engines available for faster models. It is speculated that a ‘Twin Engine’ plug-in hybrid variant of the XC40 is also in the works which will have a 3-cylinder engine paired with an electric motor and a 7-speed DC automated transmission.