The Tata Kite is all over the news! Numerous spyshots of the Tata Kite small car are flying in, and whispers suggest that the Kite might be launched next year. 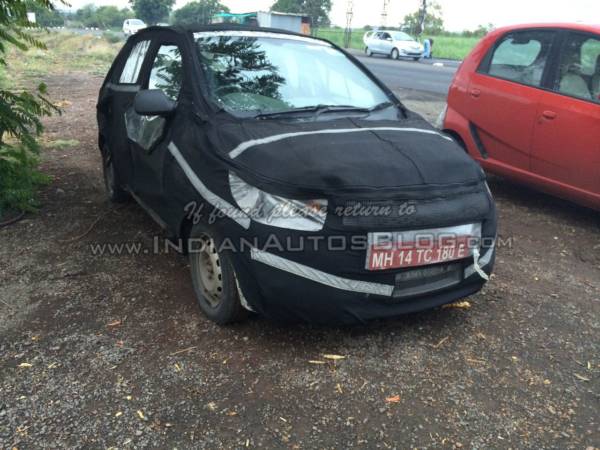 The “Kite” is the codename given to an upcoming entry-level product from the stables of beleaguered Tata Motors. As they scramble to cover all their bases with new products, the Kite is just one of them. Other products are the Zest sedan, the Bolt hatchback and the Nexon compact SUV. The Tata Kite will be positioned above the Tata Nano, but it will still be inferior to the erstwhile Indica. Competitors of the Kite will include the Maruti-Suzuki Celerio, Hyundai Eon and the Datsun Go.

In two completely different occasions, the Tata Kite has been seen undergoing test runs. One of the sightings took place near the Pune factory of Tata. The test vehicle was clad in black camouflage, and didn’t really give much away. In another incident, a test mule of the Kite was spotted doing rounds alongside another partly-camouflaged Tata Nano F-Tronic AMT.

The Tata Kite might undergo production at Tata Motor’s dormant facility at Sanand, Gujarat. As the Bolt is an improved version of the Tata Vista, the Kite is a better iteration of the erstwhile Indica. With a significantly lesser price than the Tata Bolt, the Kite will handle the company’s volumes at the entry-level. As the images clearly show, the Tata Kite is significantly larger than the Tata Nano. We feel the Tata Kite will carry the 1.2 Litre Revotron, but it will be slightly detuned to cater to the frugal needs of the entry-level customers. Another technology that the Kite could be equipped with is an Automated Manual Transmission. The Tata Zest and the Tata Nano are already on the receiving list, and hence the Tata Kite is a probable addition. 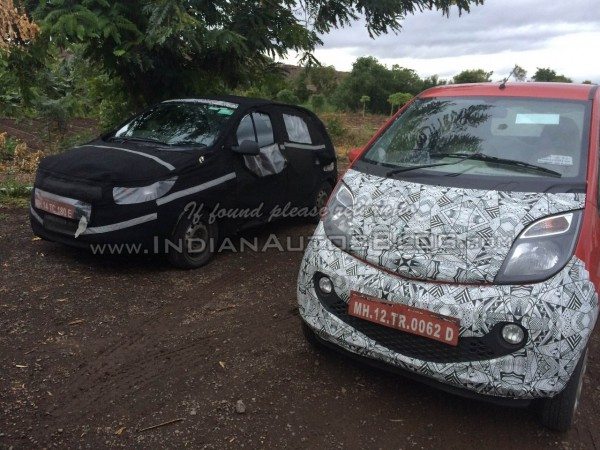 We feel the Tata Kite might be priced in the range of INR 4-6 lakhs. A launch in the next fiscal year will give Tata Motors a strong sales push.