Cricket, in India, is a religion which brings people together. A celebration of this religion, known as the Indian Premier League has the nation in its grips for some time now. Associated with this tournament is Tata‘s newly launched SUV, the Harrier. That is why, a Tata Harrier gets to watch each and every match live and yesterdays match between Rajasthan Royals and Kolkatta Knight Riders was no different. Placed near the boundary, for every match to attract as much attention as possible, being so close to the action, there always is a possibility of the ball hitting the car, or it’s windscreen. Well, that just happened for the first time in the 21st match of the tournament.

Chris Lynn, was batting for Kolkatta Knight Riders when he hit a wonderful six. The ball was delivered by Shreyas Gopal from Rajasthan Royals at a speed of 84.7 kmph, which would have only gone up after that powerful strike from Lynn. Enduring a rather strong and heavy ball, coming from at a very high rate of speed, the Tata Harrier’s windscreen glass didn’t even crack. It just deflected the heavy and leather-wrapped ball’s trajectory. It comes as no surprise, considering Tata has made a reputation for building strong cars. 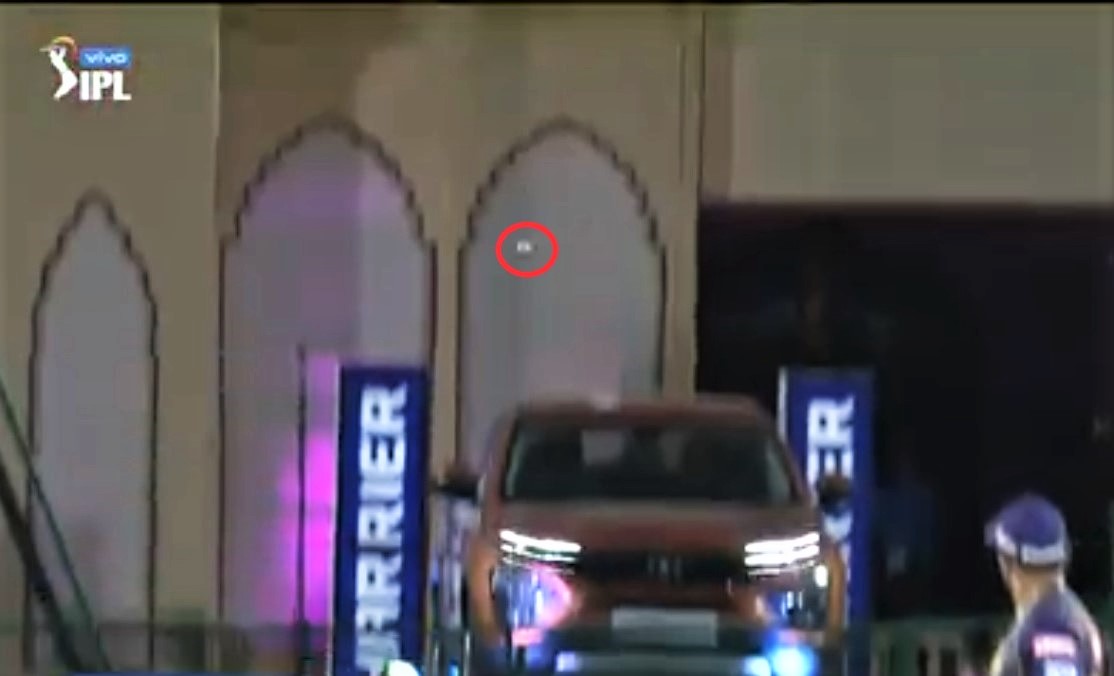 Also Read: Tata Motors’ New ‘Samarth’ Program To Focus On The Wellbeing Of Our Truck Drivers

As part of this association with the IPL, the player with the highest strike rate at the end of the tournament will be fortunate enough to drive one of these premium SUVs home. The Tata Harrier is a 5-seater SUV which is powered by a 2-litre Kryotec diesel engine. This engine is tuned to produce 140 PS and 350 Nm and is paired with a six-speed manual transmission. Prices of this car start from 12.69 Lakh and go all the way till INR 16.25 Lakh. To know more about this car, do watch our detailed review on it, which is linked below for you to see.