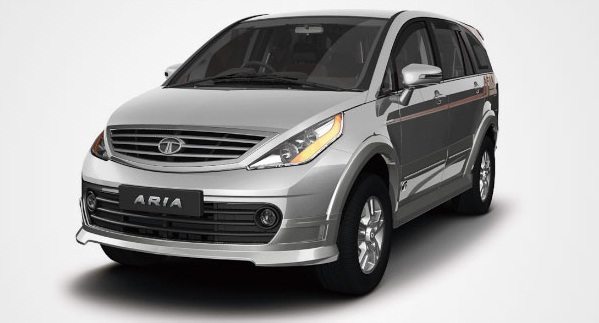 The new Tata Aria facelift, spy pics of which have been regular at our news section of late, has finally been launched in the country for a starting price of INR 9.95 lakhs. The 4×4 Pride flagship variant of the Tata Aria facelift goes on sale for a price of INR 14.74 lakh (all prices are ex-showroom Delhi).

Visual updates that the exteriors of the new Aria facelift sport are- projector head lamps, revised tail lamps and body decals. On the inside, the Aria gets a new Harman Kardon entertainment system. Powering the Aria facelift is the same 2.2 litre VariCor four cylinder common rail diesel engine that powered the earlier car. This turbocharged units has been retuned to produce a max power of 150PS at 4,000 rpm, which is 10PS more than what the motor produced in the pre-facelift model. This engine has a peak torque of 320Nm between 1,500 rpm and 3,000 rpm. The Aria facelift also has a higher fuel economy of 15.05 kmppl (versus 13.5 kmpl earlier). 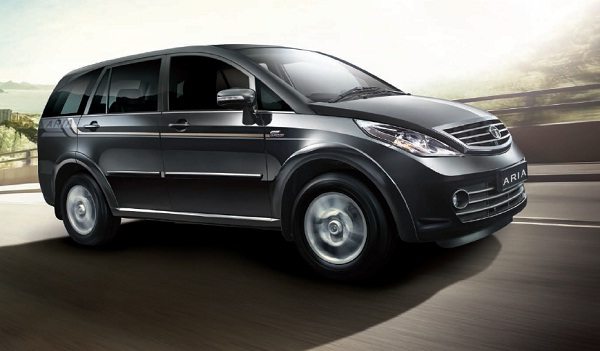 It would be interesting to see if the facelift, along with a price cut owing to excise duty reduction, would vitalize the sales performance of the Aria. 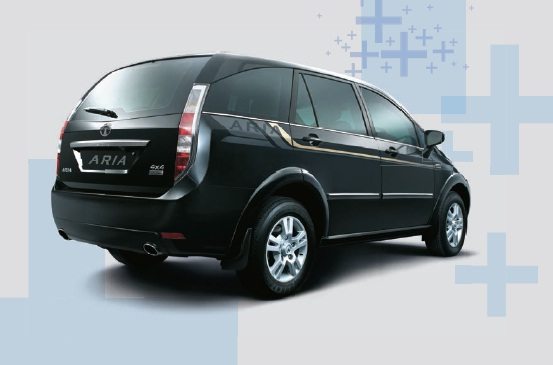