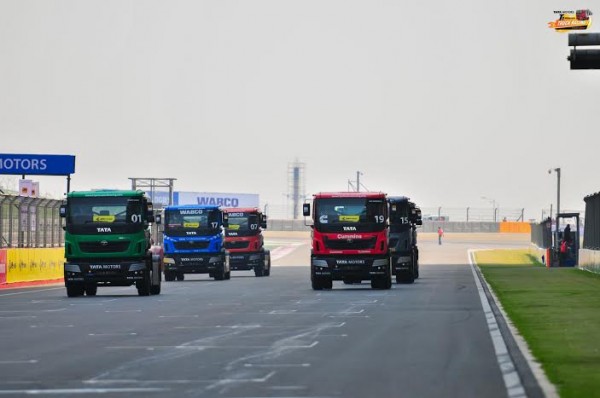 The six teams for the T1 Championship are: Castrol Vecton, Cummins, Tata Technologies Motorsports, Allied Partners, Dealer Daredevils and Dealer Warriors. With two trucks running per team, all teams will compete in a qualifier race, followed by the main race, with a rolling start of big Prima race trucks.

WABCO is the official braking technology partner and JK Tyre is the official tyre partner for the entire event.
Conducted under the aegis of FIA & FMSCI, the T1 Prima Truck Racing Championship will feature Tata PRIMA trucks, built specifically for the purpose. India’s first truck racing championship is being organised by Madras Motor Sports Club (MMSC), with safety and performance standards as per the guidelines of the British Truck Racing Association (BTRA).

Mr. Ravi Pisharody, Executive Director, Commercial Vehicle, Commercial Vehicle Business Unit, Tata Motors Ltd., “We are excited about the commencement of the T1 Prima Truck Racing Championship tomorrow which offers a wonderful showcase for the Indian trucking industry. We welcome all our partners – the team owners and sponsors, and are delighted in joining hands with them in putting together this ground-breaking event of India’s first truck racing event, an adventurous and unique form of motorsports. We would like to wish all the teams the very best, as they strive for glory, in this grand spectacle of big beautiful Prima race trucks race against each other”. 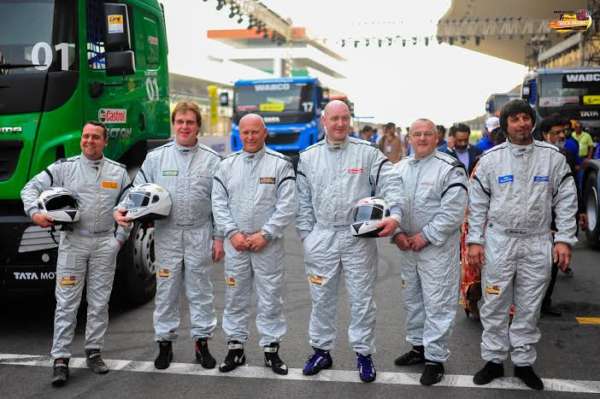 A one-make championship, T1 Prima Truck Racing will have a rolling start of 12 big Tata Prima race trucks competing against each other for top honours. The Prima race truck is the Prima 4038.S model with massive power of 370 BHP @ 2100 RPM and a top speed of 110 Km/h.

The Tata Prima is a multi-award-winning range of trucks from Tata Motors, first introduced in 2009, in an effort to bring ‘The way the world trucks’ to India. With technical inputs from across the world – an Italian cab design, engine technology from the USA and Europe, gearbox expertise from Germany, chassis frame know-how from Mexico, sheet metal dies from Japan and Korea, combined with Swedish precision on a robotic weld line, the Tata Prima is hence also referred to as the ‘World’ truck. Besides focusing on the mechanics of the vehicle, the uniqueness of the Tata Prima is that its cab focuses on driver comfort.
To make these Prima trucks fit for racing, guidelines from British Truck Racing Association were followed and subsequently 22 key modifications were made to meet a mix of safety and performance needs. Some of the changes made are on – the Fuel Tank, brake cooling system, propeller shaft guards, racing seats and safety belts, exhaust, steering wheel, a role cage etc.