Mahindra group onwed SsangYong motors showcased the XLV concept (eXciting smart Lifestyle Vehicle) at this year’s Geneva Motor Show and Auto Expo 2014. Now, a SsangYong XLV test mule has been spotted testing in France. The XLV is a genuine multi-role vehicle for both urban driving and the pursuit of outdoor leisure activities.

SsangYong had earlier announced that the upcoming XLV concept is 290 mm longer than the XIV-1 concept, and hence, the production avatar of the XLV would be 4,430 mm long, 1,845 mm wide, and 1,600 mm high. The compact SUV will have a wheelbase of 2,600 mm. The XLV will feature a seven seat (2+2+2+1) configuration. But, according to reports, it has been confirmed that the auto maker also has plans to launch a five seater version that will lock horns with the Ford EcoSport, Nissan Juke, Renault Duster, and other compact SUVs. 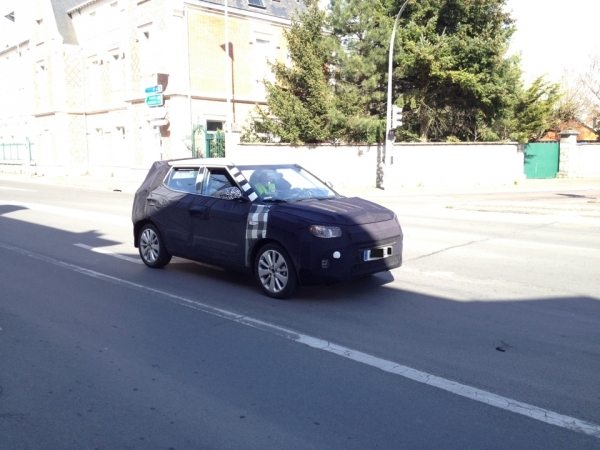 Speaking of the interiors, the compact SUV features a four-spoke steering wheel, which will get audio controls. The instrument cluster will boast of two circular, with a chrome treatment at their circumference. The centre console will hold a large infotainment screen along with the usual buttons. 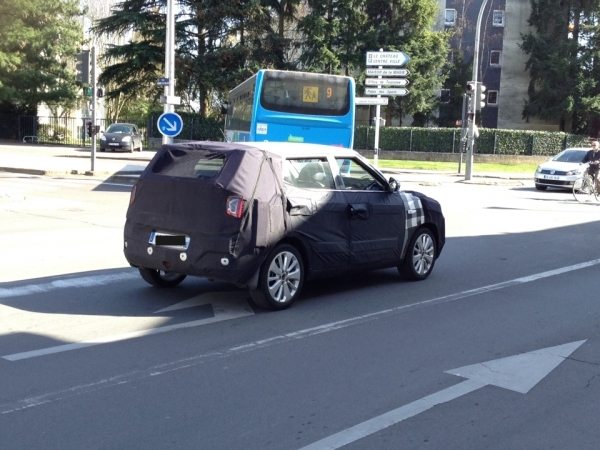 The new XLV will be underpinned by a new platform, which has been jointly developed with Mahindra and Mahindra. The Indian Utility Vehicle maker will use this platform for its upcoming compact SUV (codenamed S101). The XLV will get a diesel hybrid drivetrain that will comprise of a 1.6-liter diesel engine and an electric motor that will be powered by a lithium ion battery.

Images via :  Auto Plus