Suzuki Motor Corporation has announced that it will unveil the SV650X at this year’s Tokyo Motor Show – which is scheduled to take place from October 27 to November 5. The upcoming SV650X will be an evolution of the SV650 Rally concept shown at last year’s event.

The original concept was designed to pay homage to the tarmac rally cars and bikes of the 1970s. ‘Neo-retro’ design sees the SV650X get a newly-styled bikini fairing and tinted screen, fog lamps, clip-on handlebars, with a tuck-roll – already available as a genuine accessory on the SV650 – completing the look. The Japanese firm is currently assessing market reaction and customer feedback before confirming production plans. Suzuki will confirm it’s 2018 model plans before the end of the year. 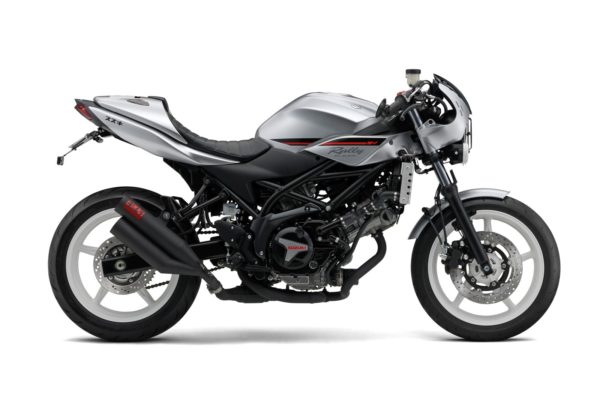 Mechanical specifications will include the 645 cc, 4-stroke, 2-cylinder, liquid-cooled, DOHC, 90-degree V-Twin engine from the standard SV650, although with the different state of tune.

Speaking about the upcoming model, Suzuki GB General Manager, Paul de Lusignan, commented that the SV650 Rally concept generated a lot of interest at last year’s show, with retro-styled machines proving very popular among riders. The SV650X is an evolution of that concept, and shows how that would translate to a production machine. Currently Suzuki Motor Corporation cannot confirm a production schedule. The Company will first assess reactions to the SV650X before finalising plans.

We’ll get you all the updates as and when they arrive. Meanwhile, let us know what do you think of the Suzuki SV650X through the comments section below.