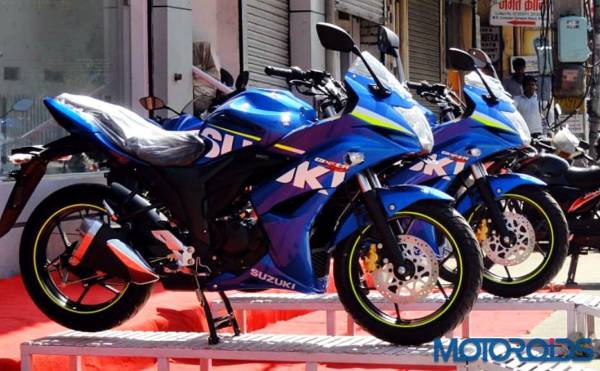 Ahead of its official debut tomorrow, on the 7th of April 2015, reader Evanz Saini sends us these pictures of the Suzuki Gixxer SF, which has started reaching dealerships. Bookings of the SF have already commenced, and the amount is 5,000 INR.  Official prices would be announced on launch, but dealers suggest that the motorcycle will be priced between 1.05-1.10 lakh INR (on-road). 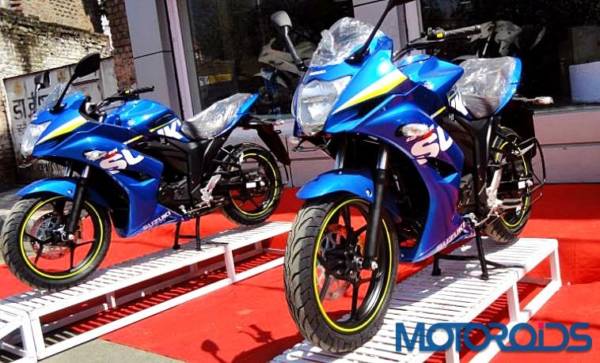 With a full fairing now wrapping the 154.9cc single-cylinder, air-cooled, 2-valve engine, the SF’s styling is influenced by the Japanese maker’s middleweight and liter class machines. The power and torque figures remain identical to the Gixxer 155, which is rated at 14.8 PS @ 8000 RPM, while torque stands at 14 Nm @ 6000 RPM.  Like its naked cousin, the Gixxer SF will put down power using a 5-speed gearbox and will carry over the telescopic suspension at the front and a 7-step adjustable rear mono suspension at the rear. 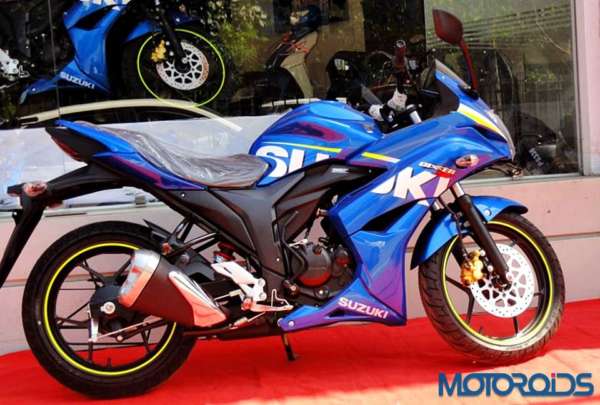 The motorcycle will be available in three colour options: white, black and blue. Graphic work includes a visually broken Suzuki branding running across the full fairing, and pin-striping in contrast color on the rims. 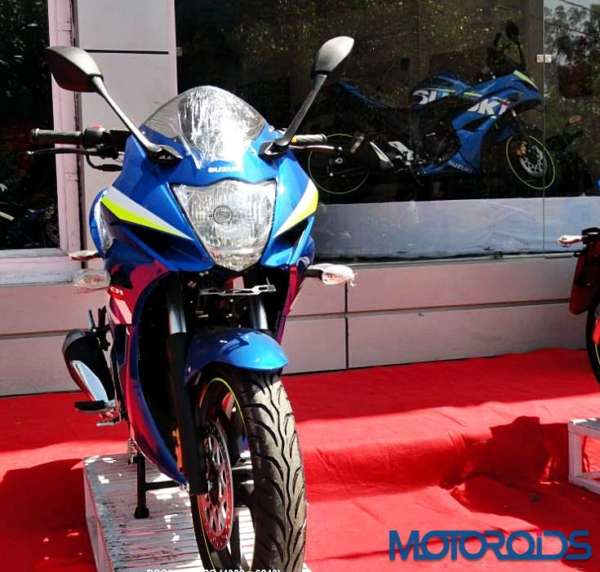