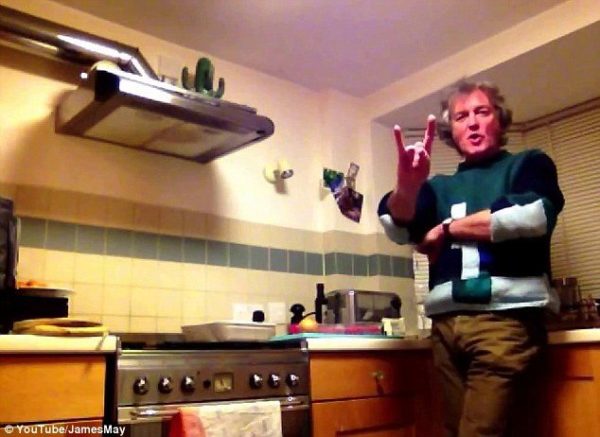 Still mourning the loss of Top gear on the telly? Of course you are. But fret not, now you can have your dose of the Top Gear presenters’ madness thanks to the magic world of YouTube. Well, not all three presenters; it’s just James May. For now. But hey, who knows, with enough buzz, maybe we can see the trio embracing the world’s largest video hosting site and giving the BBC something to rue over.

May has always been the most cerebral and cultured bloke on Top Gear, a persona that has often been lampooned by his fellow hosts. But Captain Slow is actually a true Renaissance man, having a degree in music from Lancaster University, and a penchant for the fine arts. Apart from Top Gear, he has also hosted a prolific number of shows on topics as diverse as space travel and Lego toys. Now, thanks to his unemployment, he has enough free time on his hands to share his accomplishments with us folks.

His YouTube channel, titled, aptly, “JM’s unemployment tube” is as idiosyncratic as the man himself. It is not meant to be a source of income, neither is it professionally done. What it is, is a man who’s just having fun with his newfound free time. In the first two videos, May has shown us how to play the flute, performing a slightly hungover rendition of the British Grenadiers and Greensleeves.

Then maybe he realized that not all of us fans have the habit of playing the flute, not since we were ten years old. So May turned to an interest with a slightly wider appeal, cooking. Just yesterday, May finished taping the last of a five-part video where he showed us how to cook a proper shepherd’s pie, replete with instructions on spices and cooking times on his Twitter account.

If you really are going to try the pie: 1) That chilli was a bit much. Milder one. 2) Two cardamom pods is plenty for a four-person pie

The videos, shot on what we think is an iPad, are grainy and bear no resemblance to the razzle-dazzle of Top Gear’s production values. May, a bachelor, seems to have taken most of them on his own, in his own kitchen. This gives the videos a strangely intimate and amateurish feel, something that contrasts strongly with what we see on the Beeb. And May is still pedantic, narrating the various steps of cooking in a decidedly professor way, but never boring. Rather, it is a delight to watch. Gordon Ramsay doesn’t need to feel threatened for now, but he could be expecting some serious competition if May keeps this up.

Who knew it wasn’t only Clarkson who has a problem with bad food. Too soon?